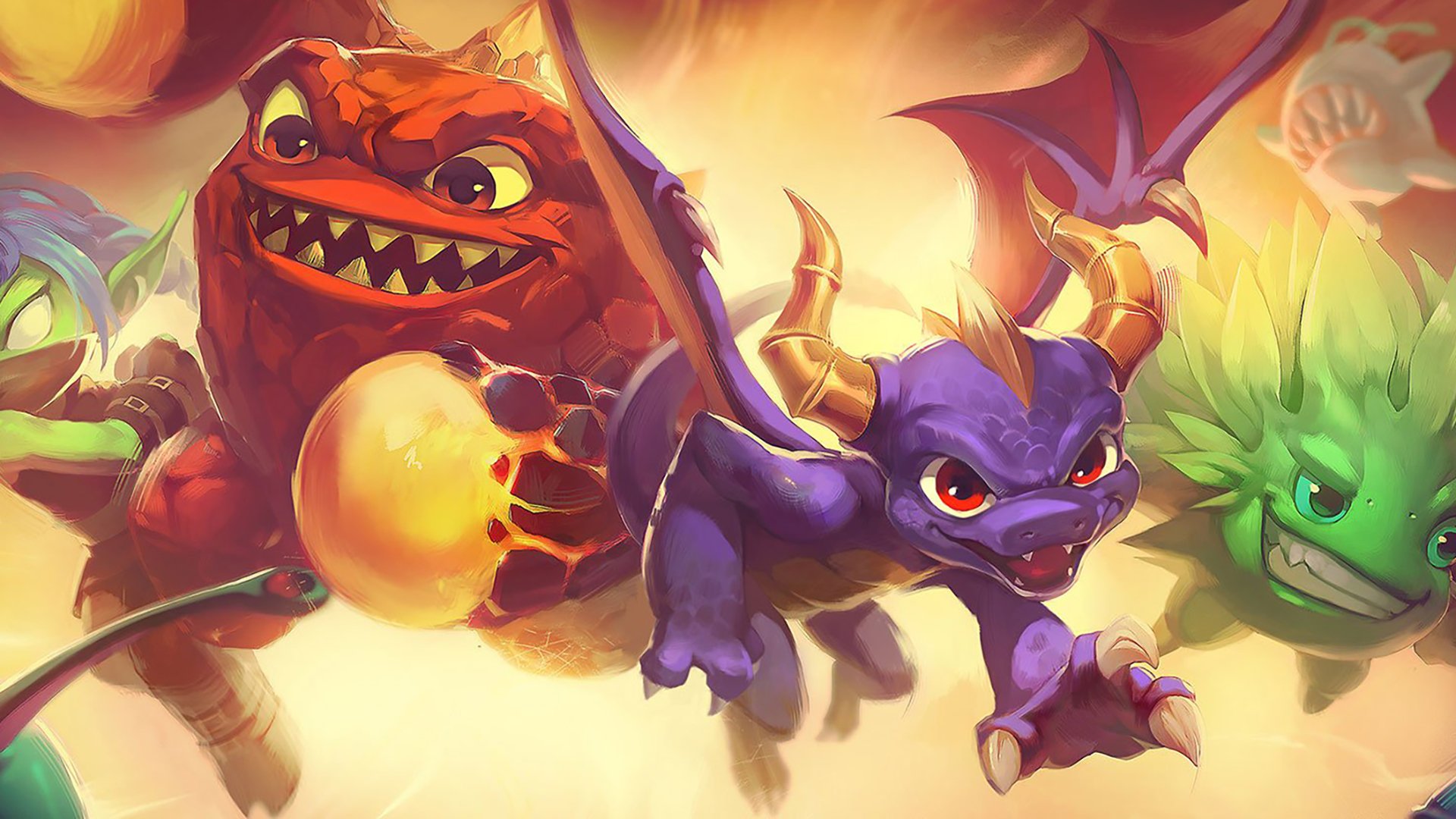 A few years ago, the Skylanders franchise was all the rage, with yearly video game releases letting kids of all ages collect real-world toys and bring them to life within each game to take down baddies. However, as this “toys-to-life” genre faded in popularity (see also Lego Dimensions and Disney Infinity), the yearly Skylanders games stopped coming, with the last game in the main series -- Skylanders: Imaginators -- being released in 2016. (Interestingly, a new toys-to-life game, Starlink: Battle for Atlas, was released last year.)

That doesn’t mean Skylanders is dead and forgotten, however. Not only can kids watch the Skylanders Academy animated series on Netflix, but a new mobile game has been released taking players on a brand new adventure in the magical world of Skylands.

Skylanders: Ring of Heroes is a level-based role-playing game (RPG) that challenges players to retrieve the Book of Dark Magic from Kaos, the series’ long-time super villain, who has opened up new dimensions all over Skylands that are causing, well, chaos.

Players become the Portal Master, a powerful character with the ability to summon Skylanders to their team and travel to different portals throughout the world of Skylands. Kids start with just a few Skylanders in their collection (sorry, the real-world figures you may own don’t count), and they can take up to three Skylanders into each battle to deal with enemies.

During each battle, players can tap on icons representing each Skylander’s skills. Each Skylander has two skills to choose from, and each has a brief cooldown timer after they’ve been used, which prevents players from using them too frequently. In addition, players can only use a skill if they have the required mana to do so. Mana is a special substance that recharges automatically over time during battle.

As players complete battles and quests, they’ll earn a variety of in-game rewards, such as currency and power-up materials, which can be used in combination to upgrade Skylanders, improving their stats.

Players can also recruit new Skylanders to their team by collecting Soul Stones over time. Each Skylander has its own kind of Soul Stone, and players will need to collect the required number of Soul Stones for a particular character before being able to summon it to their team. Kids can earn free Soul Stones by just playing, or they can spend premium currency to collect Soul Stones instantly. The game is also monetized through an energy system, which energy being required to start each quest.

Check out the first 13 minutes of Skylanders: Ring of Heroes in our SuperParent First Look below to see if this is a game your kids would enjoy.