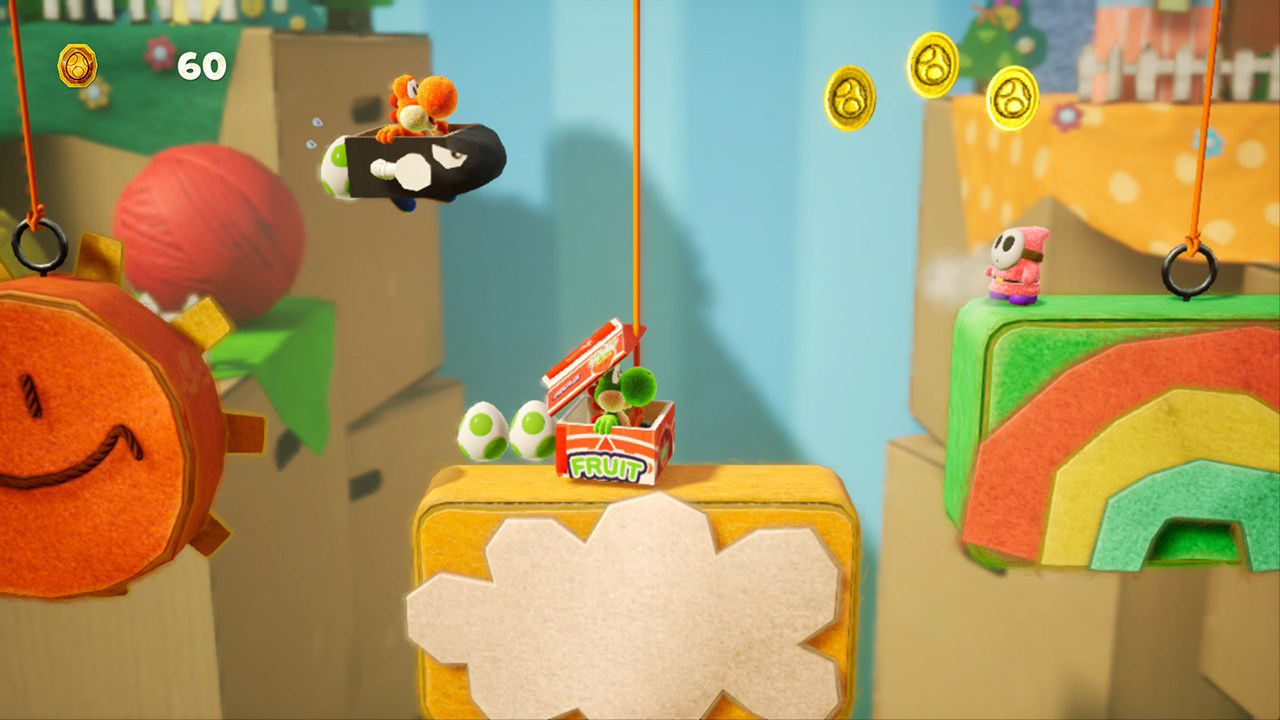 March means spring is on its way, and so are some exciting video games. From Yoshi’s Crafted World (an adorable romp through colorful handmade environments) to Lego Marvel Collection (a great way to catch up on some older games), there are tons of opportunities for family-friendly fun in March.

This side-scrolling platformer follows Nintendo’s popular dinosaur character, Yoshi, on a new adventure through a colorful world where platforms and other elements are made out of real-world objects, like boxes and paper cups. The game will challenge players to make it to the end of each stage while avoiding (or defeating) enemies and collecting hidden items. While similar Yoshi games have been released before, Yoshi’s Crafted World comes with a major twist: players can make their way through stages normally at first, and then go through them again backwards on their “flip side.” Players can also collect a variety of adorable “handicraft” costumes for Yoshi as they play. Yoshi’s Crafted World will support two-player co-op, so two people can team up to play together.

Kirby’s Epic Yarn launched on Wii in 2010. Now, it’s been remade for 3DS. The side-scrolling platformer follows the adorable pink ball Kirby on his adventure through a world where most everything (including Kirby and his enemies) is made of yarn. Since Kirby is made of yarn, he can transform his body into different sewn objects, like tanks and flying saucers. Kirby also has a variety of special abilities, allowing him to wield tools like bombs and swords to take down enemies and bosses. In addition to a normal story mode, players can take on the harder Devilish Mode, which challenges them to make their way through each stage while devils block their path and invincibility is turned off.

Chocobo’s Mystery Dungeon: Every Buddy is a remastered and updated version of Final Fantasy Fables: Chocobo’s Dungeon, which was released on Wii in 2008. The game challenges players to help Chocobo (the adorable yellow bird from the Final Fantasy series) explore never-ending dungeons that are different each time they enter. When exploring a dungeon, the world only moves when Chocobo moves or takes an action. This gives players as much time as they need to plan their next move. This version of the game also includes a new buddy system that allows players to make friends with the game’s monsters. Finally, players can team up with another player for some two-player fun.

This three-game collection combines Lego Marvel Super Heroes, Lego Marvel Super Heroes 2, and Lego Marvel’s Avengers into one package. All three games follow Marvel’s many super heroes, like Iron Man, Captain America, and Thor on their adventures through a wide variety of different levels and environments, with some environments being based on locations from films in the Marvel Cinematic Universe. The collection also includes all of the downloadable content (DLC) packs that were released for each game, adding even more content to an already overflowing set.

ToeJam & Earl: Back in the Groove, Switch, PlayStation 4, Xbox One, PC

The Occupation, PlayStation 4, Xbox One, PC

Attack of the Earthlings, PlayStation 4, Xbox One

I and Me, PlayStation 4, Vita

Bonds of the Skies, PlayStation 4, Vita

Shadow of the Tomb Raider: The Serpent's Heart [DLC], PlayStation 4, Xbox One, PC

I and Me, Xbox One

Ghost of a Tale, PlayStation 4, Xbox One

MX vs. ATV All Out: Anniversary Edition, PlayStation 4, Xbox One, PC

Baba Is You, Switch

Stories: The Path of Destinies, Xbox One

Vosaria: Lair of the Forgotten, Xbox One

The Walking Dead: The Telltale Series - The Final Season Episode 4: Take Us Back, Switch, PlayStation 4, Xbox One, PC

Power Rangers: Battle for the Grid, Switch, Xbox One

The Legend of Heroes: Trails of Cold Steel, PlayStation 4

The World Next Door, Switch, PC

Shadow of the Tomb Raider: The Grand Caiman [DLC], PlayStation 4, Xbox One, PC