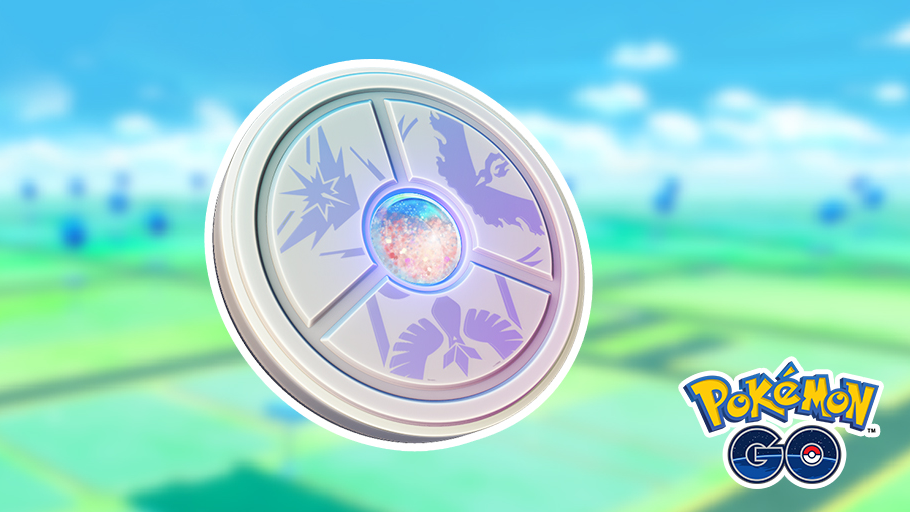 Shortly after players begin their journey in Pokemon Go, they’re asked to join one of three teams, represented by three in-game colors: Mystic (Blue), Valor (Red), or Instinct (Yellow). The team a player chooses is important, as it impacts a couple of the game’s features.

For one, all three teams can battle against one another for control of Pokemon Gyms near them. Once a Gym is claimed by a team, only members of that team can leave Pokemon inside it to defend it. Players can also receive additional Premier Balls when completing Raids by helping their team cause as much damage as possible to the Raid Pokemon.

Pokemon Go has been available since July 2016, giving players plenty of time to learn about the game’s teams and decide which one is best for them. However, if players ever wanted to switch teams, they never could. That will change with the release of the Team Medallion item.

On February 26 at 4 p.m. ET, the Team Medallion will be added to the in-game store at a price of 1,000 PokeCoins (a little less than $10). Interested players can purchase the Team Medallion and then use it from their in-game item bag to switch to a different team. This process shouldn’t be taken lightly, though. Not only is the item rather costly, but it can only be purchased once every 365 days. Make sure you know which team you really want to be on before making a purchase.

Here’s something else to keep in mind: If players have Pokemon in Gyms when they switch teams, the Pokemon won’t earn any PokeCoins from the Gyms they’re currently in. They’ll simply return to the player once they’ve been defeated. Plus, if players visit a Gym controlled by their previous team, with one of their Pokemon still inside, they won’t be able to battle their own creature. Instead, the Pokemon will be returned to them (again, without earning any PokeCoins).

Are you going to switch to a different team in Pokemon Go? Let us know in the comments, or tweet us @superparenthq.