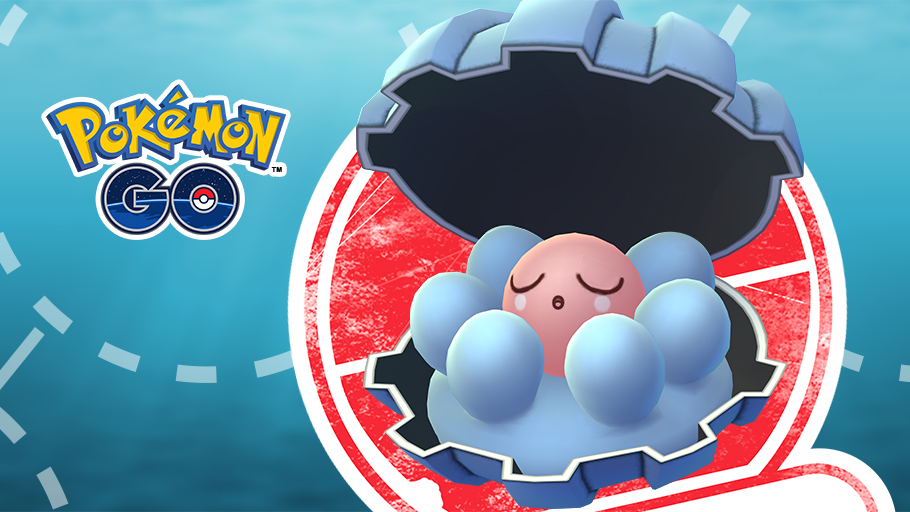 In January, Pokemon Go held a Limited Research event starring the Water-type Pokemon Feebas, which allowed players to encounter Feebas each time they completed one of the event’s Limited Research tasks.

Now, a similar event has been announced, starring another Water-type creature: Clamperl. From 2 p.m. ET to 5 p.m. ET on February 23, players will be able to collect special Limited Research tasks by spinning Poke Stops. Each time they complete one of these tasks, they’ll receive an encounter with Clamperl.

While this event will work much like Feebas’ event did, the Clamperl event is more exciting than the last, partly because Clamperl will be making its first appearance in Pokemon Go during this event, while Feebas had been available prior to its special day.

Clamperl is a Generation III Pokemon, first seen in the Pokemon Ruby and Sapphire video games released on Game Boy Advance in 2003 in North America.

Clamperl is special in that it has two possible evolutions, but unlike many Pokemon (in the main Pokemon video games, that is), these evolutions aren’t triggered by reaching a certain level; instead, they’re achieved by trading Clamperl when it is holding a particular item. Specifically, trading Clamperl while it’s holding a Deep Sea Tooth causes it to evolve into Huntail, while trading it while it’s holding a Deep Sea Scale causes it to evolve into Gorebyss.

Of course, Pokemon Go adds a twist to this whole scenario, as creatures in Pokemon Go are evolved using Pokemon Candy and special items, such as Sun Stones and Metal Coats, rather than by leveling them up or trading them. Unfortunately, we don’t yet know how Clamperl evolution will work in Pokemon Go.

What we do know, however, is that Clamperl won’t disappear from the game after this event takes place. Pokemon Go global community manager Liz George confirmed on Twitter that players will be able to find Clamperl in the wild even after this event ends, so don’t worry if you can’t play this weekend.

For those who will be playing, here’s something to keep in mind: You aren’t required to complete and turn in the event’s Limited Research tasks during the actual event window. If you collect one of the event’s tasks, you can complete it and turn it in at any time, even after the event ends, to still receive a Clamperl encounter.