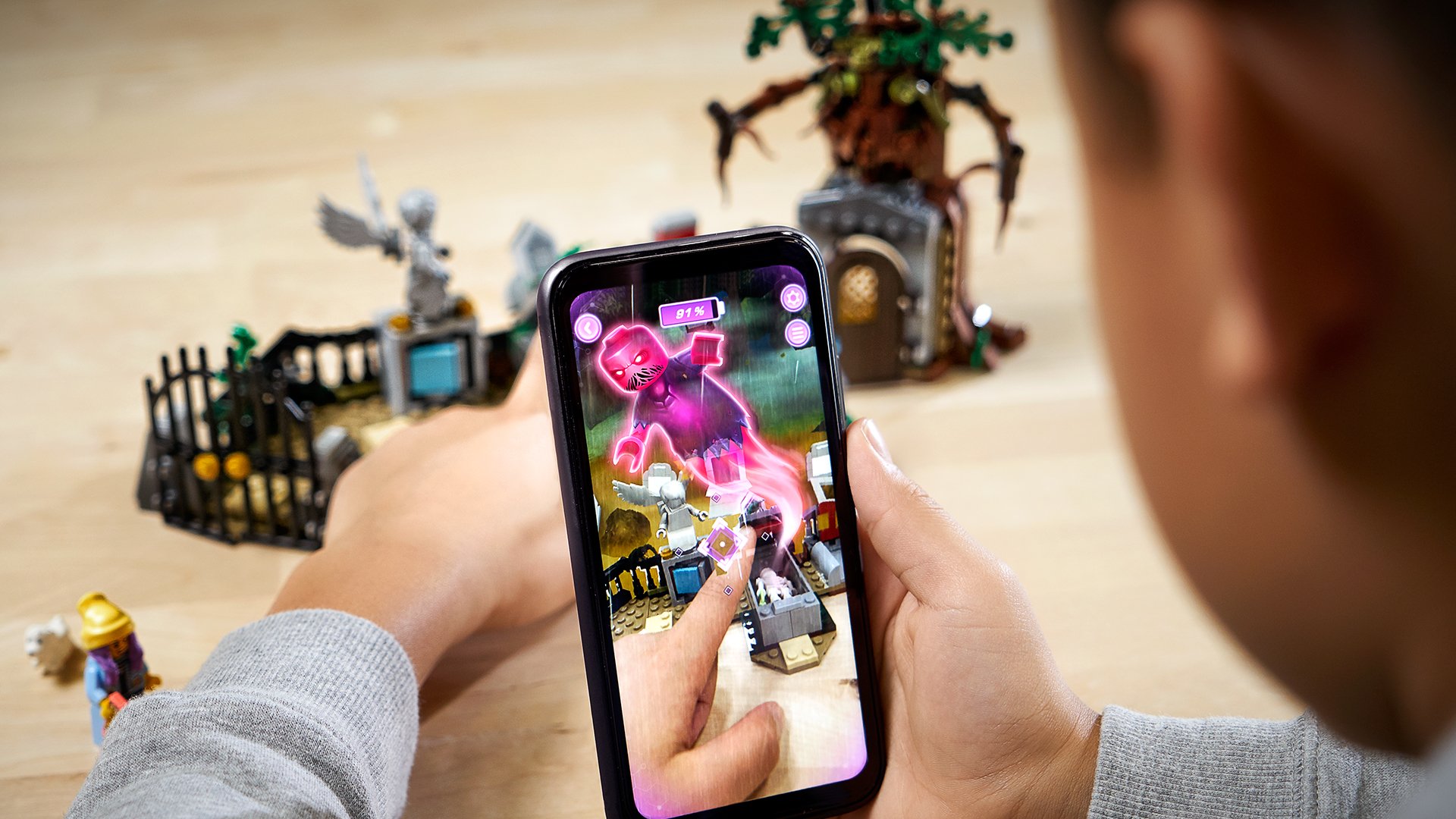 Calling all adventurers and wanna-be ghost hunters! Lego revealed its newest line of building sets, called Hidden Side, which was designed to let kids aged 7+ use a mobile device to track down ghosts in the sets they build.

Lego Hidden Side will feature eight “haunted” building sets, including structures like a school house, bus, and graveyard. Each one can be built just like a normal Lego set, but they’re unique in a couple of ways. First, each building set can be transformed into the haunted version of itself to fit the line’s spooky theme, and second, all of the sets are compatible with an augmented reality (AR) mobile game.

AR technology uses the camera on a smartphone or tablet to display the real world on the device’s screen, while overlaying different objects, characters, and animations on top of the image. (Think capturing a Pokemon in the “real-world” while playing Pokemon Go.)

A new interactive play experience will soon be revealed… Join a fearless team of ghost hunters, who dare to see the unseen. Help turn a haunted world back to normal, one ghost at a time. #LEGOHiddenSide pic.twitter.com/grVHitCQqh

For Lego Hidden Side, kids will play with two characters, Jack and Parker, as they investigate “paranormal mysteries” within the town of Newbury. As kids point their device’s camera at a building set in front of them, they’re asked to interact with specific elements of the building set -- called “points of possession” -- to reveal ghosts on the device’s screen that they can capture.

The app will also contain a digital game kids can play even when they’re not interacting with the Hidden Side building sets.

According to Lego’s website, Hidden Side will launch in August 2019. The mobile app will be available on both iOS and Android devices. Lego said the app will be updated with new ghosts, new “game challenges,” and “randomization of gameplay” to keep things fresh for littles even after the sets launch.