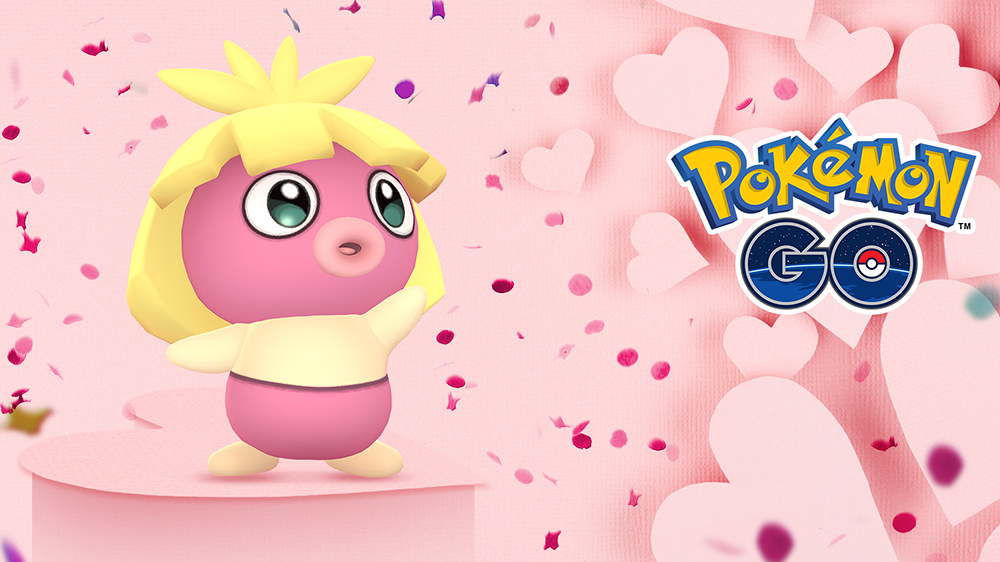 Happy Valentine’s Day, trainers! Pokemon Go is celebrating the most romantic time of year with an in-game event running from now until February 21 at 4 p.m. ET. During this time, pink Pokemon, such as Clefairy, Hoppip, and Luvdisc will appear more frequently in the wild.

No Pokemon Go event would be complete without the introduction of new Shiny creatures. As reported by Pokemon Go Hub, this event added two: Shiny Cleffa and Shiny Smoochum are now hatching from Eggs.

Plus, keep in mind that the Shiny version of some of the pink creatures featured in this event (like Luvdisc) have already been introduced in Pokemon Go. With pink creatures spawning more frequently, this means you’ll have a greater chance of finding these Shiny critters as well.

During this year’s Valentine’s Day event, Lure Modules will last for six hours, rather than the standard 30 minutes, and players will also receive two times the normal amount of Pokemon Candy when capturing Pokemon, whether they’re pink or not. Combine this event Candy bonus with a Nadab Berry (which also doubles the Pokemon Candy players receive for each capture), and you can receive 12 Pokemon Candy for capturing a single creature!

Finally, as Pokemon Go Hub reported, a special Valentine’s Day version of Spinda has been added to the game for trainers to track down. This “Heart Spinda” has a heart-shaped spot near one of its eyes. Players can encounter Heart Spinda as a reward for completing the Field Research task that asks them to make five great curveball throws in a row.

This is the same quest that’s been available throughout January and February, but the reward has been changed for the Valentine’s Day event. If you’re like us, you might have had trouble tracking down this quest in recent weeks. Thankfully, players on the Silph Road subreddit (a large community of Pokemon Go fans) are reporting that the quest is now much easier to find.