Play This, Not That: Resident Evil 2 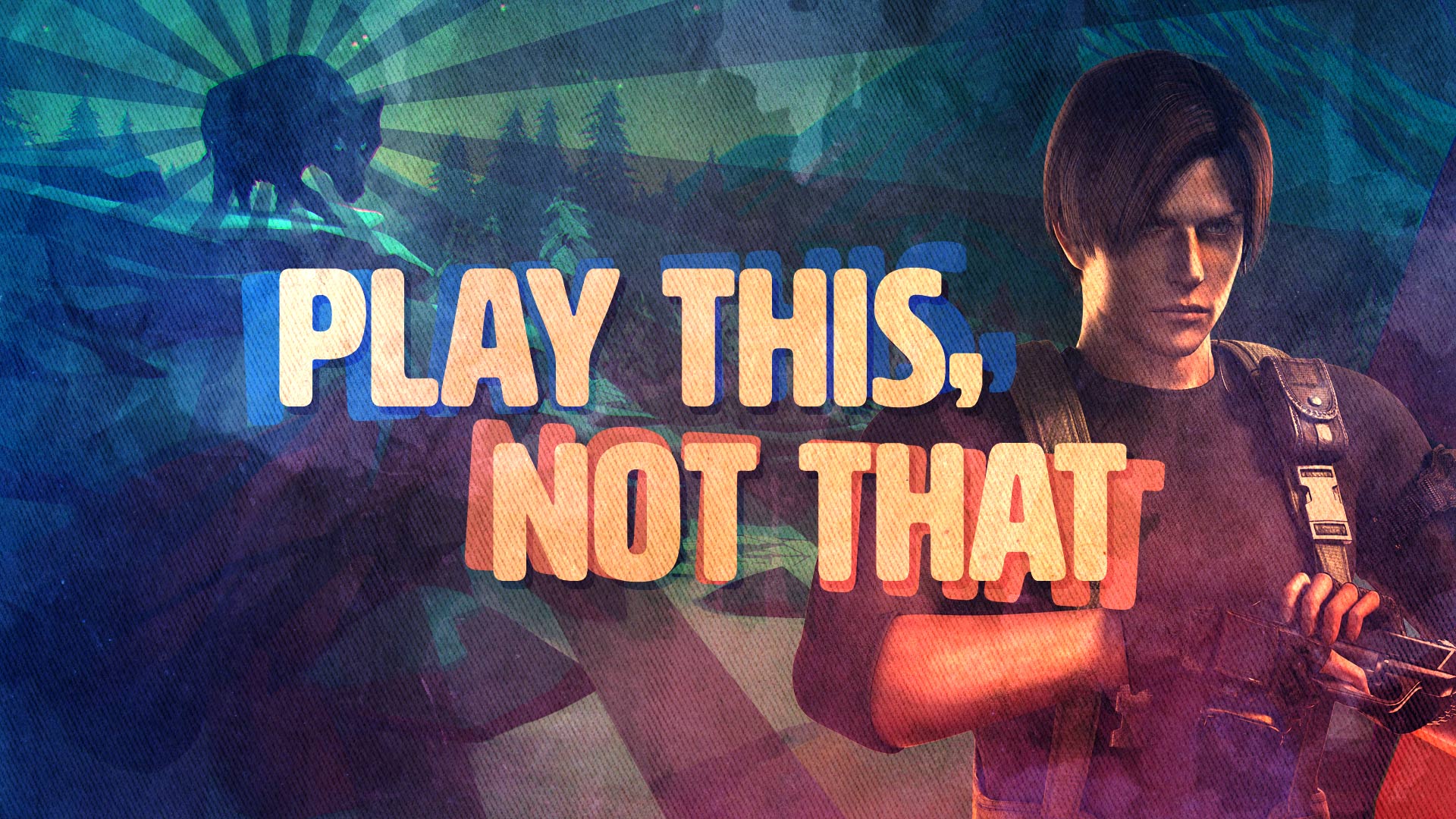 Resident Evil 2 is a survival horror game that follows two playable characters -- Leon S. Kennedy and Claire Redfield -- on their quest to escape Racoon City during the zombie apocalypse. The 2019 retelling is packed with tons of violence, gore, and scares that are only meant for adults. (The game deservedly earned an M-rating from the ESRB.)

If your teen wants to play Resident Evil 2, consider these alternatives that tone down the violence without ditching the spooky theme. And if you’re looking for games for even younger players, try something like Minecraft instead. (Endermen are scary!)

The Long Dark
Rated T for Teen
Available On: PlayStation 4, Xbox One, PC

The Long Dark focuses on deliberate choices and strategy, rather than over-the-top action. The survival exploration game challenges players to survive as long as possible in a frozen world after a “geomagnetic disaster.” While there are no zombies to watch out for, nature itself becomes the enemy, as players will need to scrounge for limited resources in an unforgiving landscape.

This now-classic puzzle platforming game was first released on Xbox 360 in 2010. The game stars a young boy who enters Limbo on a quest to find his sister. Presented in shades of black and white, the game instantly has a spooky atmosphere, and it will test players’ reflexes as they explore a lonely world full of threats large and small. Limbo is also a bargain, priced at only $9.99 on most platforms (it’s even cheaper on mobile devices).

Little Nightmares is a horror game that challenges players to help a girl named Six escape a place called The Maw, which is full of evil creatures that very much want to prevent that from happening. The game mixes spooky environments with puzzle platforming gameplay to create an eerie experience designed to play on childhood fears.

Among the Sleep
Rated T for Teen
Available On: PlayStation 4, Xbox One, PC

Many games have adults, or at least teenagers, as the main character. Among the Sleep is unique in that it lets players become a two-year-old child instead. In this horror adventure game, players become an infant who is trapped in a house at night. Players will be able to sneak out of their bedroom and explore the house, which is full of mysterious happenings, with scares coming from the spooky environment and the creatures that inhabit it, all seen through the eyes of an infant.