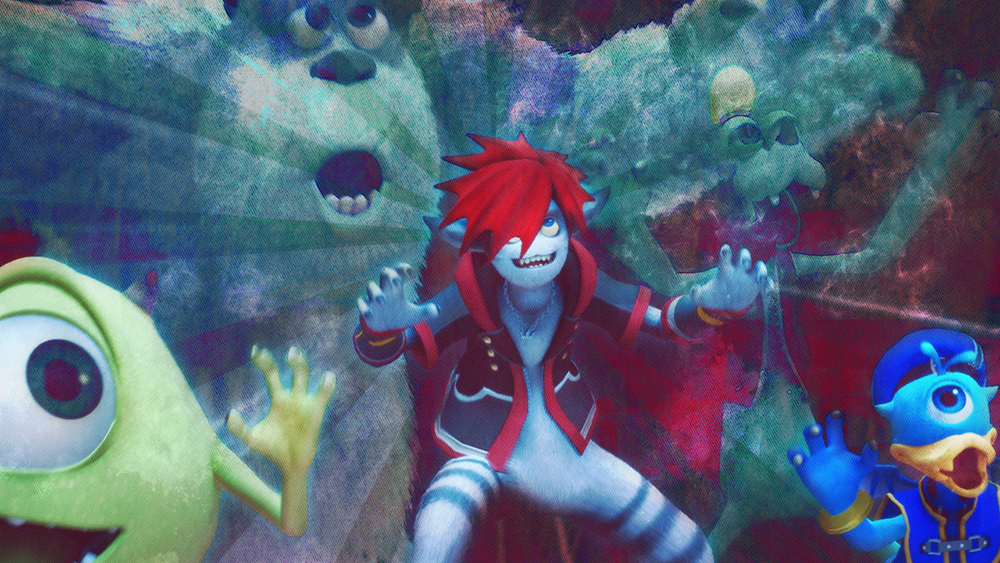 If January is anything to go by, 2019 is going to be an exciting year for video games for fans both young and old. January will see the release of the highly anticipated Kingdom Hearts 3, along with some updated Mario games your family may have missed when they were first released.

Kingdom Hearts 3
Rated E10+
Appropriate for: Kids who are comfortable with fast-paced gameplay

The latest installment in this popular role-playing game series stars a young boy named Sora, who teams up with Donald Duck and Goofy to defeat creatures known as the Heartless, who have invaded a variety of Disney and Pixar worlds. In Kingdom Hearts 3, players will interact with returning characters like Hercules and Jack Sparrow, as well as meet new (but familiar) faces, including Rapunzel from Tangled, Elsa, Anna, and Olaf from Frozen, and Woody and the gang from Toy Story. The Kingdom Hearts games have accessible gameplay for newcomers, but the overall storyline is quite complicated, so younger players may need help understanding what’s going on.

This Switch game combines two Wii U titles into one package: New Super Mario Bros. U and New Super Luigi U. Both games are side-scrolling platformers, which means they’ll challenge players to make their way from one end of a stage to the other by jumping on platforms, avoiding obstacles, and defeating or avoiding enemies. Players can choose from multiple playable characters, with Toadette being a new addition to both games. Both Toadette and Nabbit (a character who was originally only playable in New Super Luigi U) are designed for younger or less-experienced players, and will offer users assistance while playing. Both of these games are great whether playing on your own, or with family and friends in the same room.

Mario & Luigi: Bowser’s Inside Story was originally released on Nintendo DS in 2009. The role-playing game has a unique setup that splits gameplay into two storylines, which players can switch between when they need. In one, Bowser, the bad guy from the Super Mario franchise, must stop his castle from being taken over by a villain. In the other, Mario and Luigi have been shrunk down to the size of microbes and find themselves within Bowser’s body, where they’ll need to complete challenges. Being inside Bowser’s body gives the brothers the ability to control Bowser and help him overcome obstacles in the other story. This remake for 3DS includes updated graphics and gameplay, as well as a new side story that follows Bowser Jr.’s quest to form an army and cause chaos.

Resident Evil 2 on PlayStation 4 and Xbox One is a remake of the original Resident Evil 2, which was released on the PlayStation in North America in 1998. The survival horror game has two playable heroes, Leon S. Kennedy and Claire Redfield, who must find a way to survive the dangerous world of Raccoon City during the zombie apocalypse. Resident Evil 2 is an incredibly violent, graphic game, and is in no way appropriate for kids. It’s rated M for Mature by the ESRB, with content descriptors for “Blood and Gore,” “Intense Violence,” and “Strong Language.”

Try These Games Instead: Plants vs. Zombies Garden Warfare 2, Minecraft

The Aquatic Adventures of the Last Human, Switch

Bury me, my Love, Switch, PC

Inside My Radio, Switch

Smoke and Sacrifice, PlayStation 4, Xbox One

Farm Together, Xbox One

DayD: Through Time, Xbox One