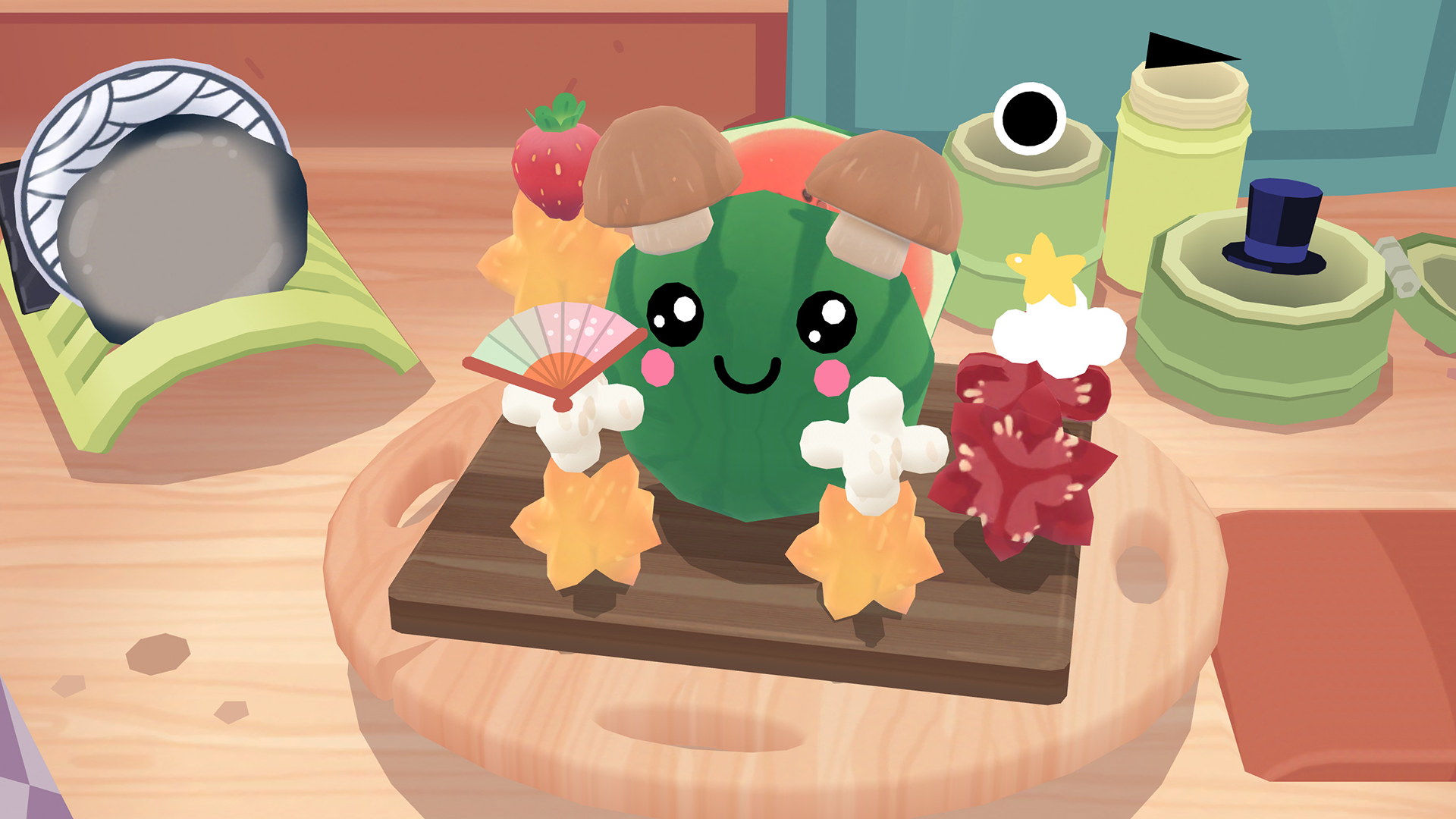 Toca Kitchen Sushi is a premium mobile game from Toca Boca, which allows kids to become the chef at a sushi restaurant.

Toca Boca’s games are pretty unique, as they don’t come with traditional rules or limitations. Instead, they’re like digital sandboxes, placing tools and activities in front of littles, and allowing them to do whatever they want with them.

In Toca Kitchen Sushi, kids can prepare dishes by first choosing the ingredients, and then preparing them (or not) on a chopping block, in a food processor, and more. From there, they can either throw the ingredients onto the plate (even if they haven’t been altered in any way), or put them inside a sushi roll with seaweed and rice. If they prepare a sushi roll, they have the option to slice it before serving it. Kids can also garnish dishes with things like salt and pepper, along with edible stickers of objects like sunglasses, hats, and socks.

While kiddos can play the game “realistically,” combining ingredients that would likely taste good together in real life, the game’s lack of limitations allows their imaginations to go wild. Want a sushi roll with an unsliced watermelon, a candy cane, and a pan-fried shrimp? Go for it! Want to stick sunglasses and a baseball cap on an uncooked potato? Sure, why not! Kids are free to create whatever they want with the tools before them.

Toca Kitchen Sushi is available to download for $3.99 on iOS, Android, and Amazon devices. The game is rated E for Everyone. It does not contain advertisements or in-app purchases.

Check out our gameplay video from Toca Kitchen Sushi below to see the game in action.