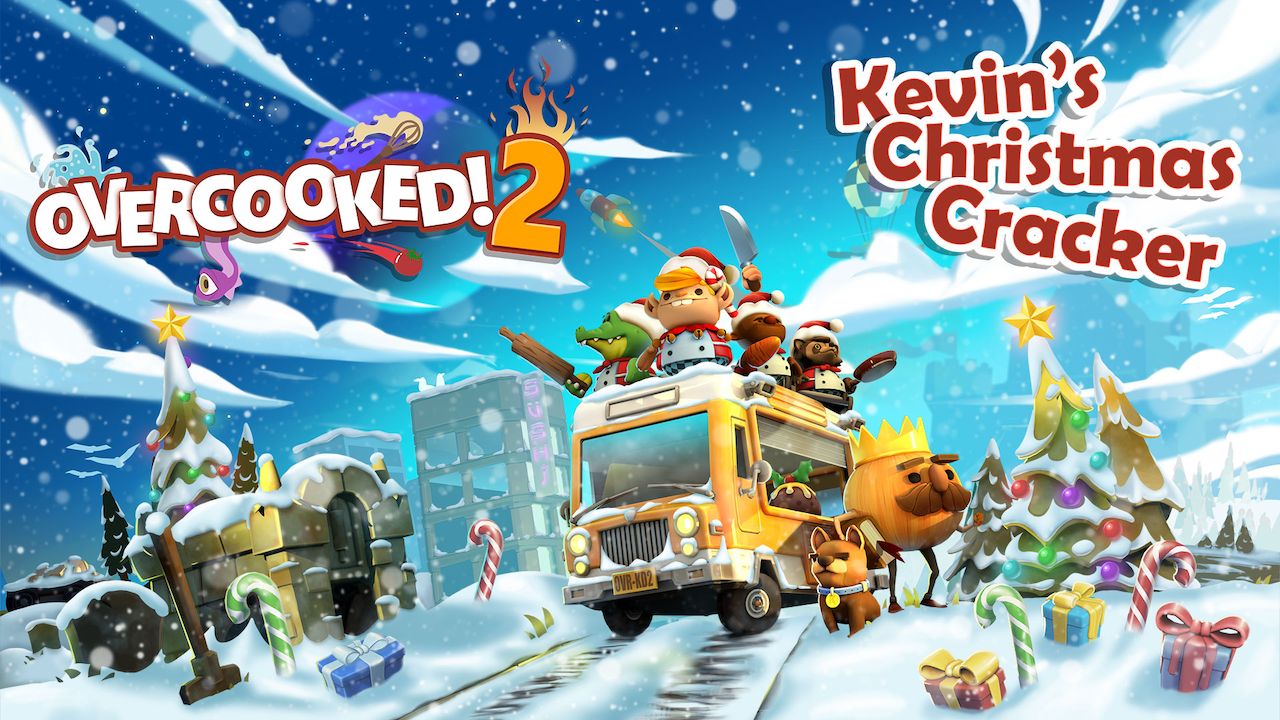 ‘Tis the season for holiday cooking! Overcooked 2 -- an awesome, family-friendly party game that challenges players to work together to cook dishes and fulfill customer orders -- is celebrating this most festive time of the year with a free update users can download now on Steam, PlayStation 4, Xbox One, and PC.

Called Kevin’s Christmas Cracker (named after the game’s dog mascot), this update will let players test their cooperation and communication skills in five Christmas-themed kitchens. In addition to festive decorations, these kitchens contain obstacles like disappearing platforms and ice that players will need to watch out for and overcome.

Overcooked 2 was originally released in August 2018. The game can be pretty hectic, even with multiple chefs working together in unison. Thankfully, this update adds a practice mode to the game’s campaign map, so players can cook as much as they want with no time limit and an unlimited number of orders to complete.

If your little ones like Overcooked 2, but struggle keeping up with the fast-paced gameplay, this practice mode is just the thing to help them build their skills.

Overcooked 2 is available to download for $24.99 on Switch, PlayStation 4, Xbox One, and PC. The game is rated E for Everyone by the ESRB.