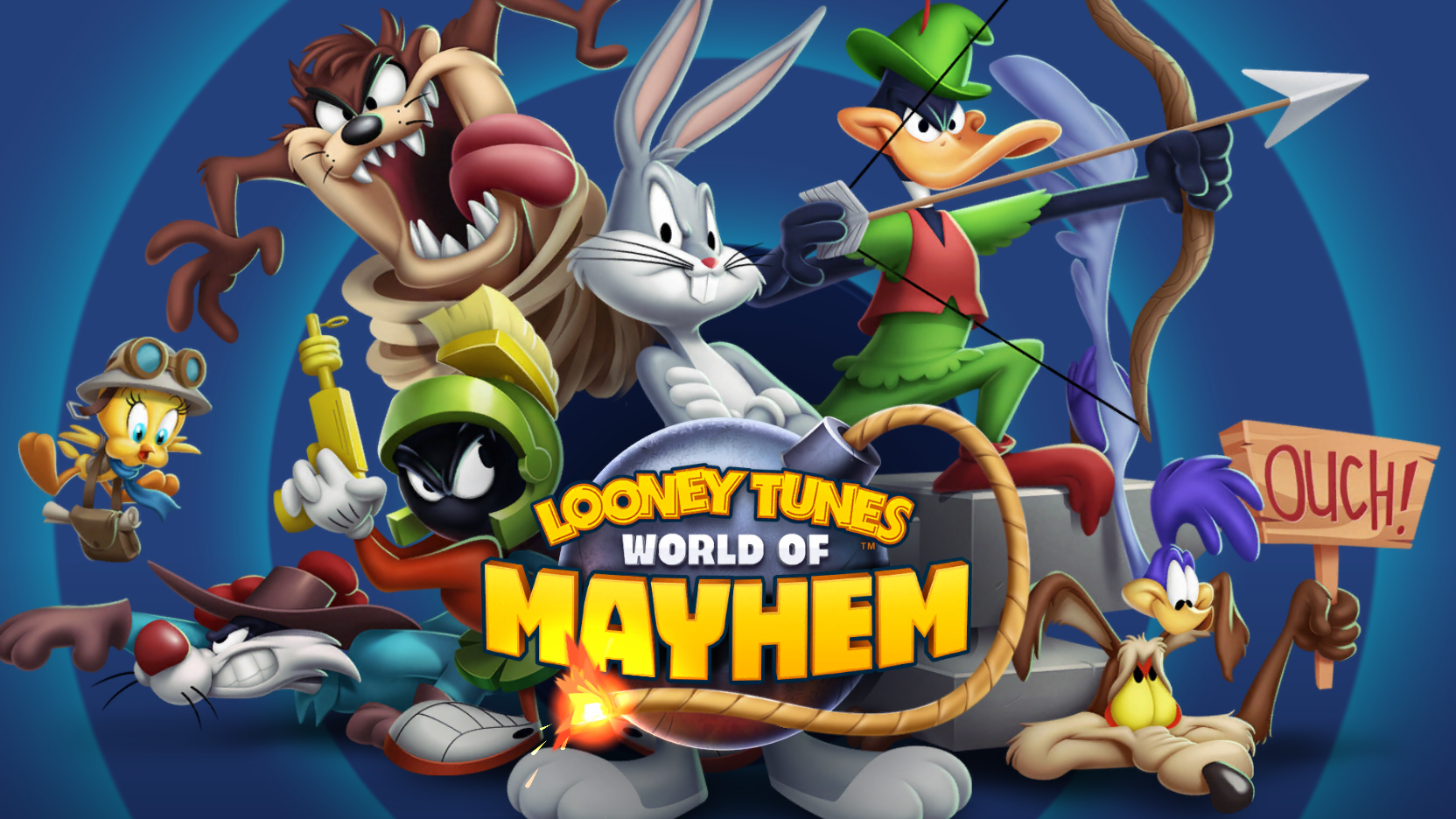 Looney Tunes World of Mayhem is a free-to-play mobile game that allows players to collect over 70 classic Looney Tunes characters, from Bugs Bunny and Wile E. Coyote to Duck Dodgers and Tweety Bird, and form the ultimate team to take into cartoon battles.

In Looney Tunes World of Mayhem, Marvin the Martian has deatomized every character except for Bugs Bunny, so Bugs recruits players to help him “reatomize” the missing toons. Players start with only Bugs on their team, but they can recruit lots of other characters over time, each with different attacks and specialities. Specifically, characters come in different types, including attackers, defenders, and supporters. Players will need to mix and match these “types” to form the perfect team for each battle (either in the story mode or in the game’s multiplayer mode).

During battle, players can trigger each toon’s normal and special attacks to attack the enemy, defend, or heal their team. Rather than being realistic and violent, battles are wacky and let players do everything from dropping a safe on the opponent’s head to whacking them with an oversized mallet.

As players complete battles, they’ll receive a variety of in-game goodies, including experience potions that can be used (along with currency) to level up toons, increasing their stats. Other items can be used to improve a character’s skills as well as unlock new ones. Many of these items are found within chests that users receive while playing.

Chests take time to open, and players can actually steal chests belonging to other real players by attacking their toons in asynchronous battles.

In addition to regular characters, like Bugs and Yosemite Sam, players can collect costumed variants of some characters. For instance, iOS players will unlock Show Biz Bugs (who has a tuxedo jacket and top hot) just for completing the in-game tutorial (Android players will receive Show Biz Daffy).

Finally, players can create their own “Toon Town” by building various structures, like Bugs’ Burrow and the Scouts Camp. Players can assign Toons to complete timed tasks at these buildings to receive extra in-game goodies, including currency.

Looney Tunes World of Mayhem is available to download for free on iOS and Android devices. The game is rated E10+ on Android and 12+ on iOS. The game contains optional in-app purchases, so make sure to turn off your device’s in-app purchase permissions before letting your kiddos play this one.

Check out the first 14 minutes of Looney Tunes World of Mayhem in our SuperParent First Look below to see if your family would enjoy this game.