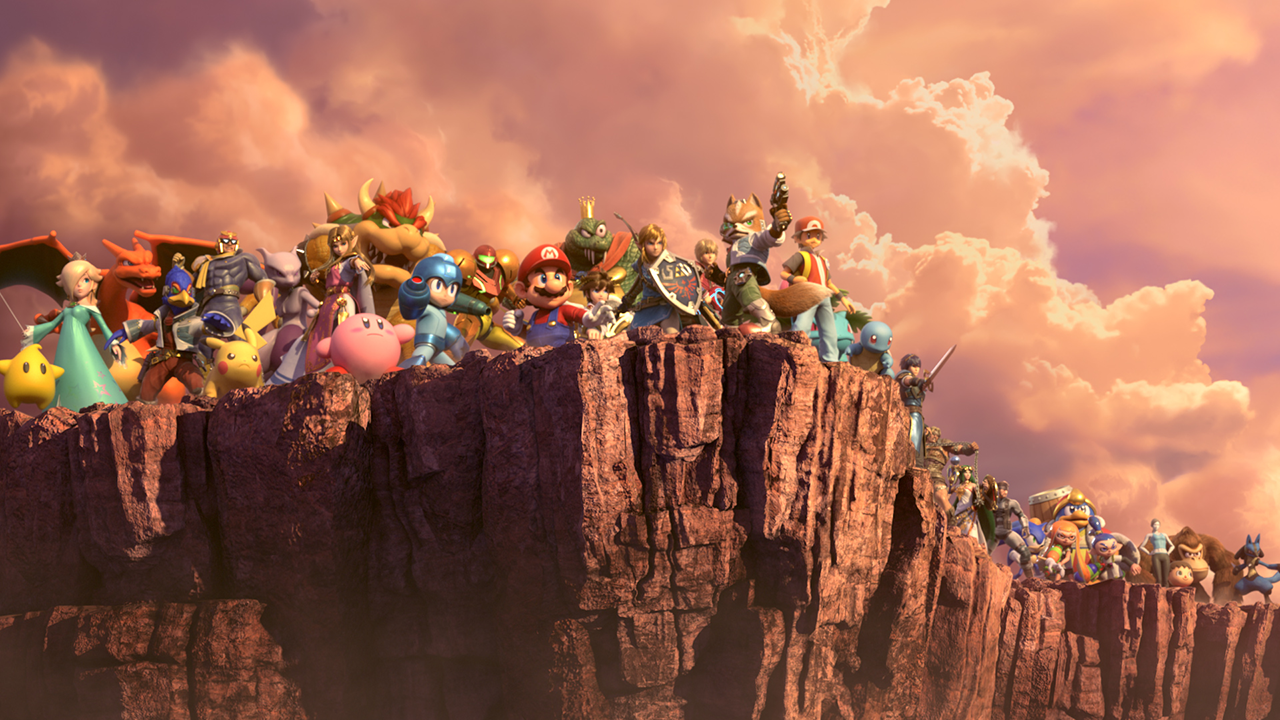 Super Smash Bros. Ultimate is a kid-friendly brawling game on Switch that brings together characters from Nintendo’s games and other series (like Mega Man and Sonic) to do battle in intense environments. Ultimate includes every fighter from every Super Smash Bros. game ever released, as well as lots of new fighters, like Daisy from the Super Mario series, Isabelle from the Animal Crossing series, and Inkling from the Splatoon series.

When players begin, they will have access to only a few of the game’s 70+ total fighters, and they’ll need to unlock the rest by playing. In each battle (either against the computer or other players -- both locally or online), users can bash buttons on the Switch controller -- or use strategic inputs -- as they attempt to send other characters off of the screen to earn points.

As examples, eliminating an opponent can be done by simply causing them to fall off of a floating platform, or by hitting them with a powerful attack that sends them flying off of the screen like a rocket. With more than 70 characters to choose from, there are characters available to suit most every play style. Check out our tier list for help deciding who to choose when you first dive into the game.

New to Ultimate is a “Spirits” feature, which allows players to collect spirits that will help them during battle in different ways (for instance, by boosting their stats or unlocking new abilities). Players can collect spirits by competing in special Spirit Battles.

Finally, a single-player adventure mode called “World of Light” focuses on the transformation of the game’s characters into spirits.

Super Smash Bros. Ultimate is available to purchase physically or digitally for $59.99 on Switch. The game is rated E10+ by the ESRB.

Check out 19 minutes of Super Smash Bros. Ultimate in our SuperParent First Look below to see this fast-paced game in action.