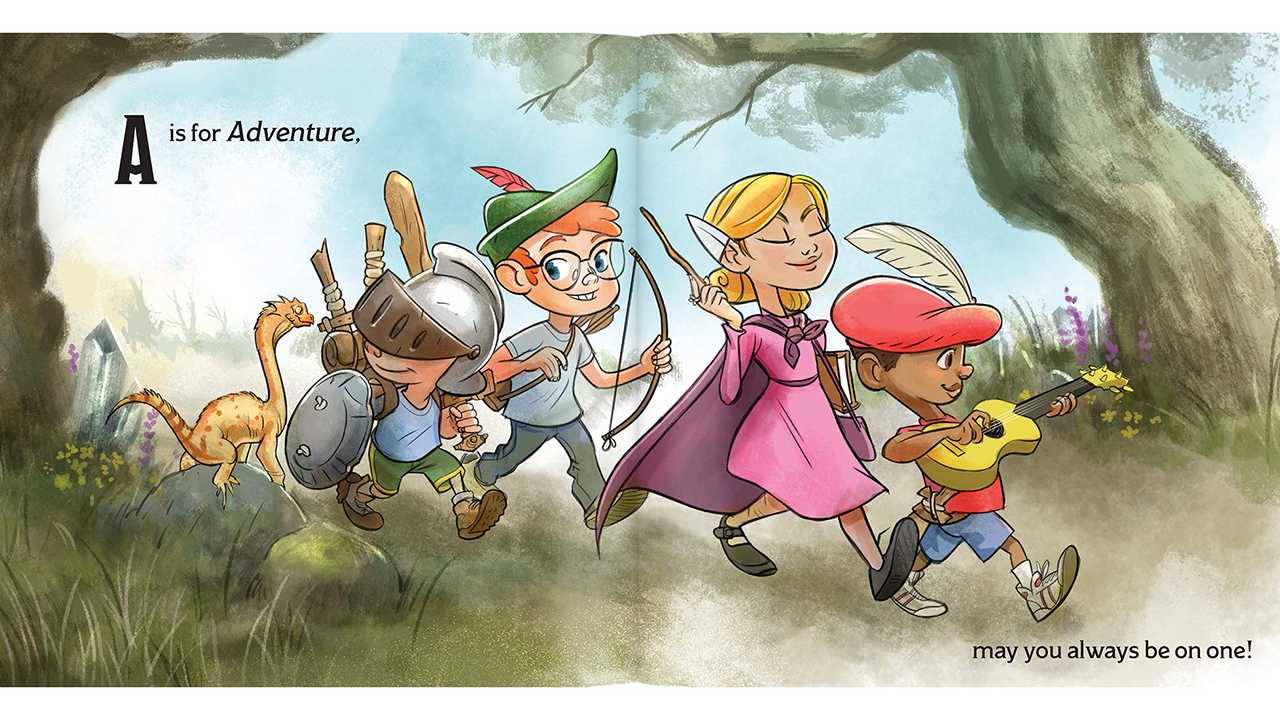 There are plenty of great children’s books that help youngsters learn the alphabet and introduce them to numbers, but few are as unique as two new offerings from Wizards of the Coast.

As Polygon reported, the publisher of the popular Dungeons & Dragons paper role-playing game has released The ABCs of D&D and The 123s of D&D, which are aimed at helping littles learn their letters and numbers, respectively.

Both books star young adventurers in the fantasy world of Dungeons & Dragons, and feature simple, fantasy-themed text and colorful artwork that help kiddos learn. For instance, in The ABCs of D&D, the “C” page reads “C is for Creatures, of every shape and size.” On this page, the artwork shows off a number of fantasy creatures readers may encounter while playing D&D.

If you’re interested in picking these books up for your littles, hardcover versions of each can be purchased for $10.52 on Amazon. And while we’re on the topic of tabletop games, check out SuperParent’s tabletop games gift guide to discover games your family may love to receive this holiday season.

To learn more about the creation of The ABCs of D&D and The 123s of D&D, check out Polygon’s interview with the writer and illustrator who worked on the books.