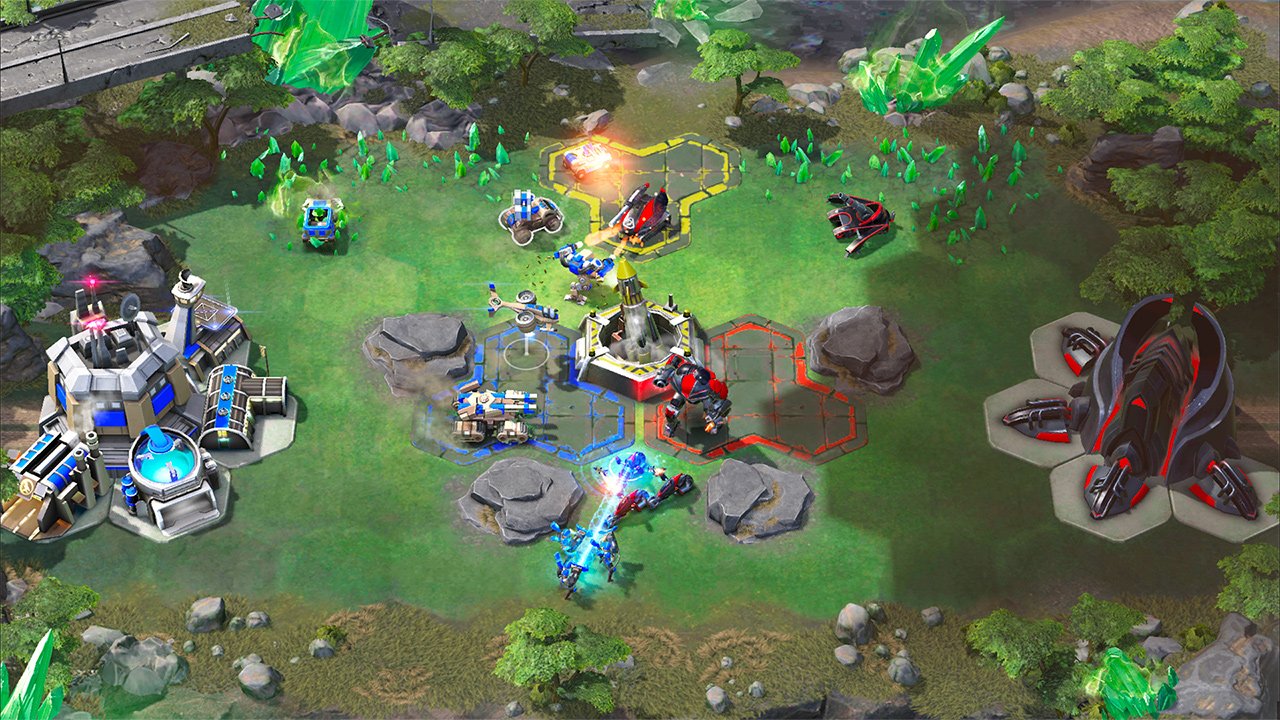 Rivals is a military-themed strategy game that challenges players to command an army and defeat other players in 1-on-1 battles that take place in real time.

The goal in each battle is to destroy the enemy base by launching nuclear weapons. This is done by taking control of one or more missile platforms on the battlefield. Players can control a platform by placing one or more troops on one of the tiles in front of a platform. Since both players will attempt to capture the same platforms at the same time, users will need to tell their troops to attack enemy units in order to maintain or take control of the platforms.

When either player controls a majority of the missile platforms on the field, the missile bar will charge, indicating when the nuclear missile will fire. Players may need to launch more than one missile in a single battle before the enemy base is completely destroyed.

Units come in three different types -- infantry, vehicles, and aircraft -- which have different strengths and weaknesses when battling against one another, similar to a game of “rock, paper, scissors.” Players need to spend a resource called Tiberium to purchase units and other items during battles. Tiberium is earned automatically over time, and users can build a Harvester to collect Tiberium even faster. This also gives players a chance to destroy the enemy’s harvester, preventing them from deploying units as quickly.

As players complete battles, they’ll earn various rewards, including currency and cards that can be used to upgrade and promote units, improving their stats. Players can also purchase new units and mystery crates (which contain a variety of items) in the in-game store using free and premium currency.

Finally, players can add other users as friends, as well as join a guild that may have members from around the world.

Command & Conquer: Rivals is available to download for free on iOS and Android devices. The game is rated E10+ on Android and 12+ on iOS. While the game’s theme and content is appropriate for younger players, battles are intense and fast-paced, and the youngest players may need help understanding the strategic gameplay.

Check out the first 10 minutes of Command & Conquer: Rivals in our SuperParent First Look below to see if your kids would enjoy this game.