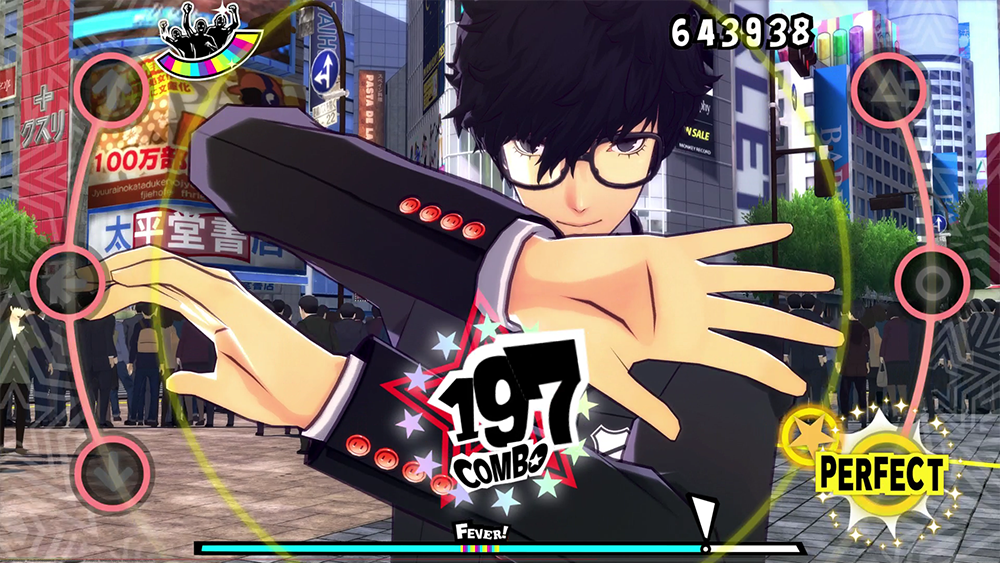 In Persona 5: Dancing in Starlight, players join Joker, Morgana, Ann, and other characters from Persona 5 in a dream world, where they’re required to dance as performers at Club Velvet.

During each song, symbols will appear in the center of the screen that automatically move toward the edges. When the symbols reach special circles, players must press the appropriate button on their controller.

Users earn points as they successfully trigger each symbol. Users will also receive a quality rating for each symbol, based on their timing. For instance, if they hit a symbol with perfect timing, they’ll receive a “perfect” rating. Users can replay songs in an attempt to increase their high score.

Check out the first 14 minutes of Persona 5: Dancing in Starlight in our SuperParent First Look below to see if this fast-paced game is something your teens would enjoy.