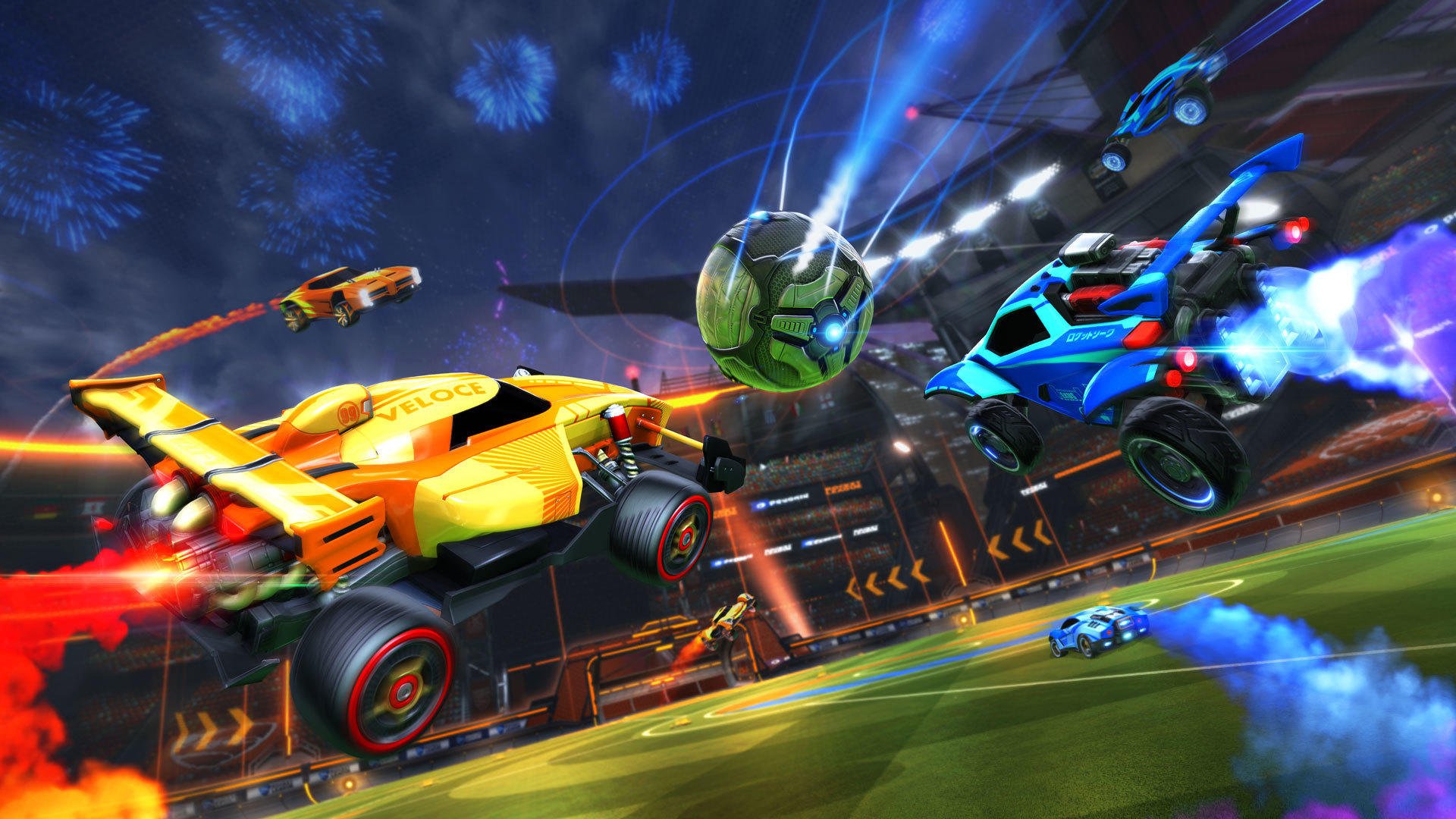 People were incredulous when they first caught wind of Rocket League. Soccer with cars? Who’d want to play that? After picking up a gamepad and giving it a shot, however, it quickly became clear that Rocket League was about much more than just scoring goals using vehicles. Eminently watchable and boasting over 43 million players worldwide, it’s now one of the most popular video games in the world.

Evolving from an inconspicuous downloadable game into a full-fledged, family-friendly esport, Rocket League brilliantly toes the line between accessibility and depth. It’s easy to learn, hard to master, and a wonderful addition to any gaming library.

Is it okay for your kids, too? In a word, yes. In more words, read on.

Rocket League is an online sports/action game in which players try to move a giant ball into a goal using nimble, rocket-powered cars. It plays just like soccer, though there are no formal positions and very few rules.

The game’s straightforward controls, which include steering, boosting and a bunny hop jump, are simple to learn but can be combined to create astounding feats of aerial gymnastics. Novices will consider it a win if they get a clean hit on the ball; elite players will leap, flip and swoop through the air as they bang the ball back and forth across the spacious arenas. In addition to the standard 3 vs 3 setting, developer Psyonix has added a wealth of modes since its 2015 release, with variations that recall basketball, ice hockey and the classic video game Breakout.

Rocket League’s appeal also lies in its playful customizability. Players can outfit buggies, trucks, race cars and more with a heady mix of paint jobs and accoutrements like flags and hats. These are awarded through play, but can be found in purchasable crates as well.

Can you play it offline?

Yes! Rocket League is primarily built for online play, but solo gamers can get their feet wet before testing their mettle against the world. Tutorials teach both the basics and advanced techniques, while exhibition matches and a barebones “season” mode let players practice against computer-controlled cars.

Rocket League also includes local split-screen multiplayer. Up to four players can go at it offline on one TV (they can also head online and take on the world together), though it can get a little confusing if you’re not using a pretty big screen. But at its core, Rocket League is about hopping online and improving through live play.

How safe is it online?

Extremely safe. There is no in-game voice chat system. Instead, players rely on pre-set text options mapped to the gamepad’s directional buttons. Players can also type their own messages, but developer Psyonix employs an advanced language ban system to keep things clean. Compared to most online games, Rocket League’s player base is relatively non-toxic.

Is it good for kids?

While its learning curve is fairly steep, children of all ages will enjoy Rocket League. Rated E for Everyone, it contains no objectionable content, and its slick, cheery graphics appeal to young and old alike.

Gamers as young as 3 or 4 will find joy outfitting their cars with funny items and aimlessly driving around the arenas in Free Play mode. Older kids with a competitive streak will hunker down to learn the ins and outs of its sophisticated physics system, perhaps heading to YouTube or Twitch to watch pro players go head to head in the popular Rocket League Championship Series. And once everyone’s asleep? Time for mom and dad to practice their aerials.

What my 4-year-old son says about it: