Play This, Not That: God of War Edition 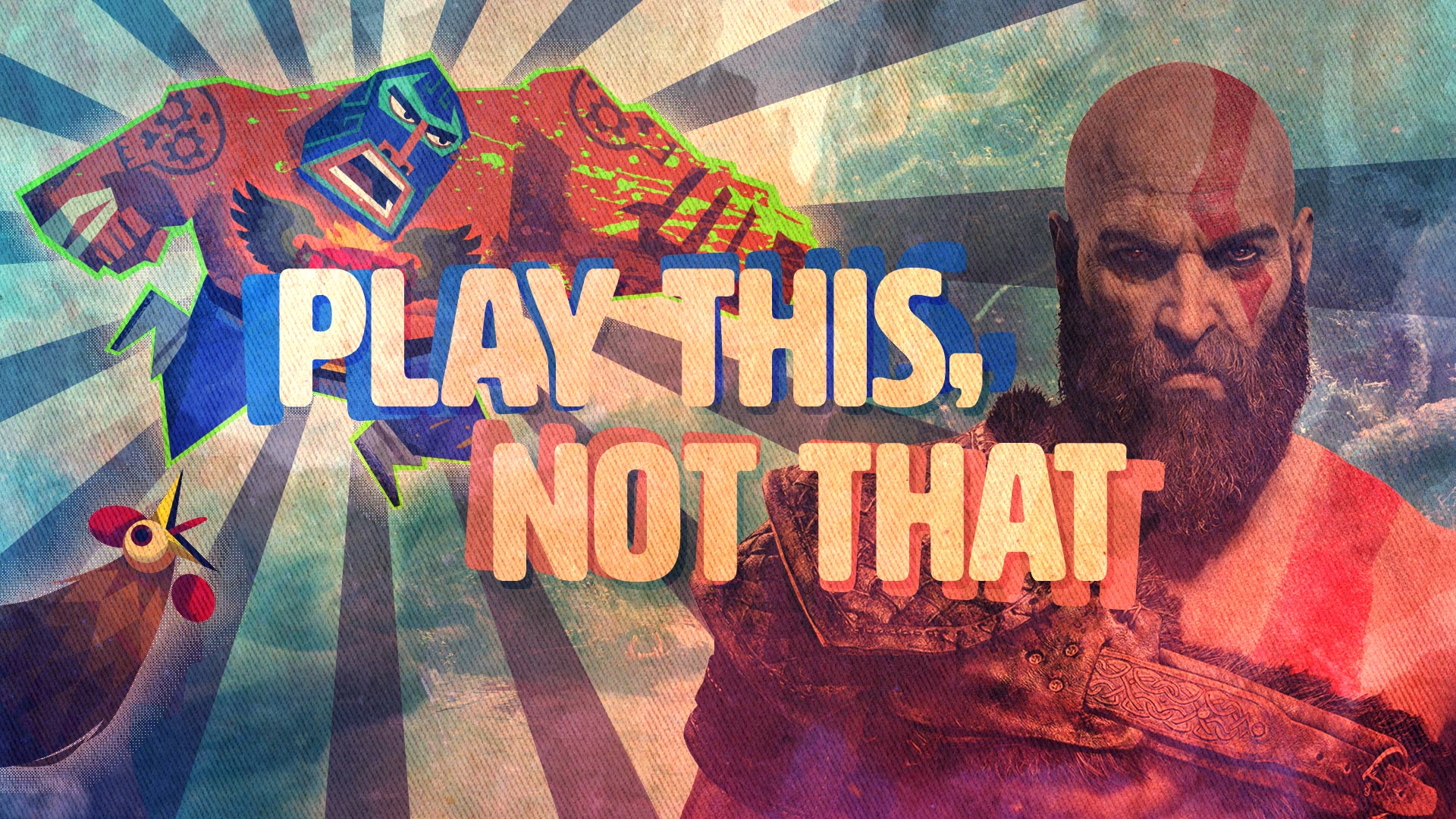 The hot video game kids might be begging for right now is God of War, the latest in the long-running PlayStation action/adventure series from Sony. It follows the exploits of demigod Kratos as he fights various figures from Greek or Norse mythology, from Apollo and Zeus to minotaurs and gorgons.

Even though there might be an argument that this game has some kind of educational value, it's rated M for Mature, with tons of over-the-top violence and blood. No matter which way you slice it, God of War is definitely not for kids. See for yourself in the video below (and if you're inclined, check out a full review of the game via Shacknews).

If you're on the receiving end of any whining, begging or pleading for God of War (which is to be expected, the game has glowing reviews and is sure to be a best-seller), here are some action-packed PlayStation 4 alternatives for kids of all ages.

Kratos in God of War is all about fighting. So is Juan, the lovable luchador brawling his way through this colorful adventure based on Mexican folklore. It's more of a throwback to classic 2D platformers than anything else, but it'll certainly scratch any kid's itch for action.

Capture some of the fast-paced running, jumping and fighting of God of War, but with a family friendly cat-like alien and his cute robot sidekick. This is one of the best all-ages action games for the PS4, and has a great cartoony quality to it.

Teens who aren't ready for an M-rated game (similar to an R-rated movie), but who want the deep storyline and characters of God of War might even like Horizon: Zero Dawn better. In this critically hailed adventure, a young girl named Aloy must leave her tribe and outwit robot/dinosaur hybrids while trying to find out how humanity got blasted back to a second stone age.

And if none of these seem to appease your teen's thirst for action, you still have an ace up your sleeve -- Fortnite for PS4. For more details on the battle royale game that's currently ruling the schoolyard, check out our SuperParent Guide to Fortnite.