Fortnite Food Fight is a Delicious Battle Between Burgers and Pizza 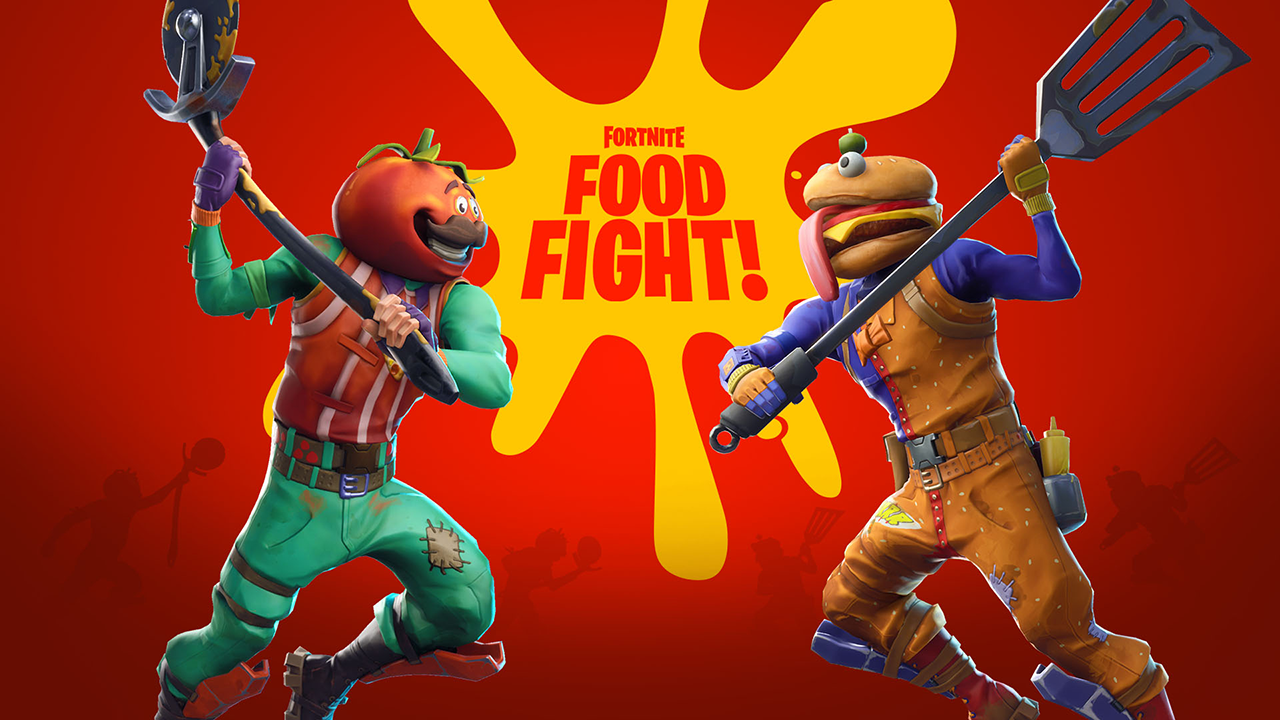 Fortnite: Battle Royale has had some pretty fun limited time game modes over the past year (Disco Domination anyone?), but its latest, Food Fight, might take the cake.

Food Fight is a team-based mode that puts players on one of two food-themed teams, representing the in-game Durr Burger and Pizza Pit restaurants. Each match challenges players to destroy the rival restaurant’s mascot while protecting their own.

Here’s how each match works: Teams start on either side of the map, with an impassable barrier running down the middle. The barrier will remain in place for “the first several minutes” of each match, during which time players are encouraged to build up their defenses to protect their restaurant’s mascot. Once the barrier disappears, it’s on! Whichever team successfully destroys the other’s mascot wins.

In this mode, players will respawn a few seconds after they’ve been eliminated, so they can get back into the fight. Teams can also use the Mounted Turret item to protect their mascot from invaders. It has unlimited ammo, but can overheat if it’s fired too often.