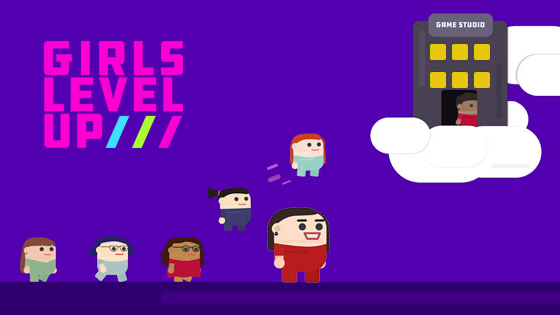 Girls Level Up is looking to solve a large problem among girls who want to be game developers: mentorship and resources that they can relate to. Although Girls Level Up isn't one-on-one mentorship, the documentary vignettes offer a broad range of advice for girls looking to break into the game industry. They don't focus on "what's it like to be a woman in the game industry" as so many well-meaning initiatives have had a tendency to do in the past.

Girls from around the world asked questions about game design, which a number of incredible women developers and designers have answered in these vignettes. These topics cover a wide range of concepts, from “How do you come up with an idea for a video game?” to “What programming language should I learn?” to “How do you write a good story for a game?”

Girls Level Up is a project created by Artifact Studios working in conjunction with Facebook's Women in Gaming Initiative.

"Artifact has more documentary content planned, addressing more topics about game design, showcasing more women developers behind popular video games, and exploring the lives of teen girls who are making games," the press release stated. "Artifact will also continue to expand its international reach to educators who are teaching coding and game design with the goal of eventually facilitating the exchange of ideas and resources among girls and teachers from different parts of the world."