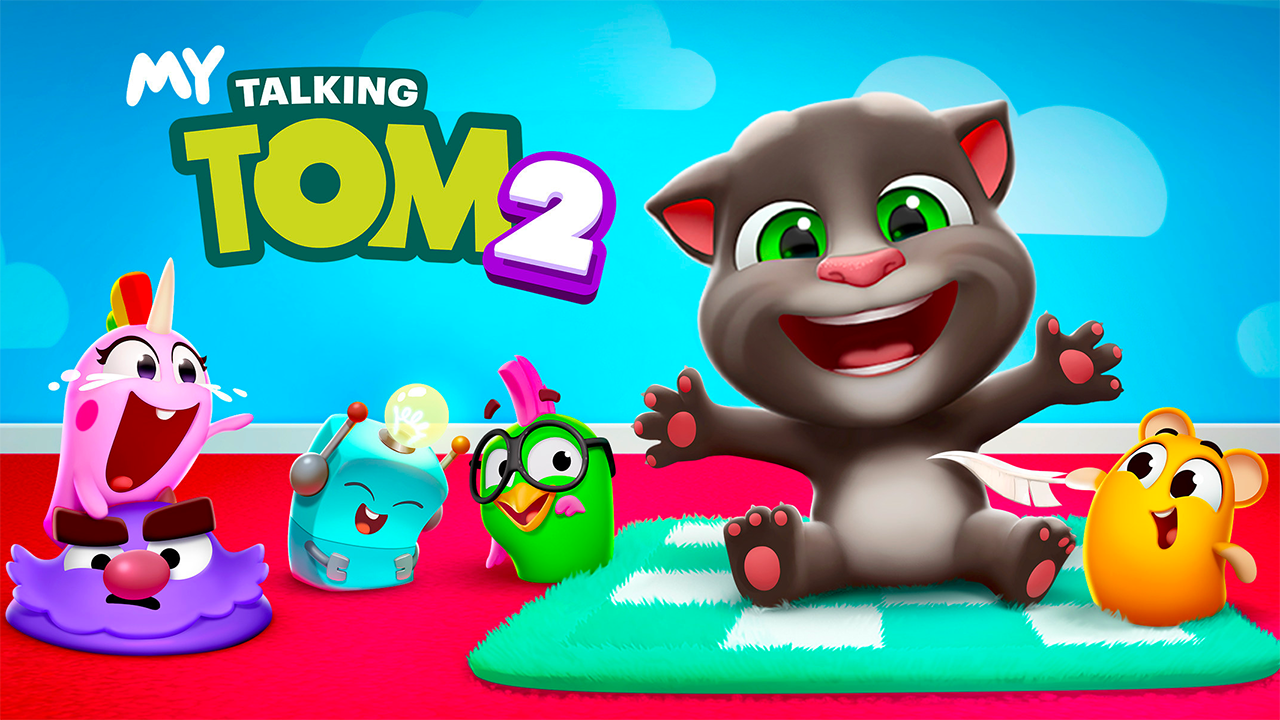 My Talking Tom 2 is a free-to-play pet simulation game that lets players adopt a friendly kitten and take care of its needs.

The game’s default kitten is a young Talking Tom, the star of the Talking Tom and Friends franchise, which began with the first app, Talking Tom Cat, way back in 2010 (that’s a lifetime ago in mobile years). However, players can rename that cat and even change its appearance, giving it different colored eyes and/or fur. Players can also dress the kitten in a variety of clothing and accessory items. This technically lets them choose the cat’s gender, but they can change their mind later on.

Players need to take care of the kitten’s basic needs by playing with it, feeding it, bathing it, giving it medicine, making sure it gets enough sleep, and so on. When they’re not playing with the cat, users can also try out a variety of mini-games in multiple genres, such as match-three and arcade.

As players interact with the kitten and play mini-games, they’ll earn points which power up an airplane. When the airplane is ready to take off, users can fly to an exotic location to open a mystery box full of goodies like clothing and accessory items for the cat, food, and coins.

Coins can be spent on food, clothing, and accessories for the kitten, as well as new decorations and backgrounds for the game’s play areas (a kitchen, bathroom, etc.). Some of the game’s items cost premium currency, which can be earned over time or purchased instantly with real money.

Finally, as with some other games in the Talking Tom franchise, players can give the game access to their device’s microphone, which allows them to talk to their kitten (or make other noises) and hear it repeat their words/noises in a squeaky voice.

My Talking Tom 2 is available to download for free on iOS and Android devices. The game is rated E for Everyone on Android and 4+ on iOS. In addition to including optional in-app purchases, the game feature ads that appear as users play. Users can play the game without being connected to the internet, which stops these ads from appearing.

Check out the first 12 minutes of My Talking Tom 2 in our SuperParent First Look below to see if your littles would like this game.