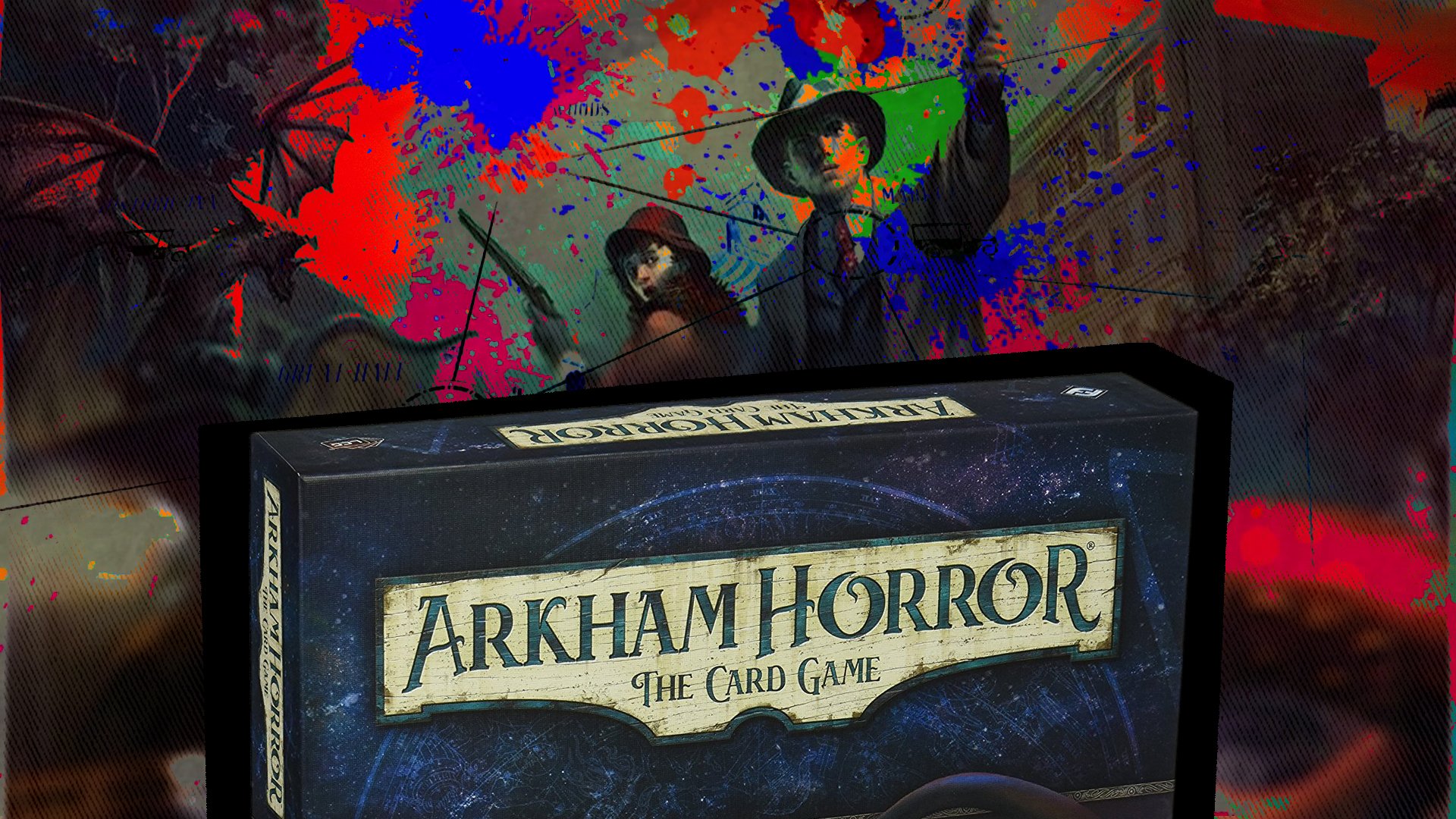 A note before we start: H.P. Lovecraft’s work is a pillar of horror writing. However, Lovecraft had inexcusable social views. He was a xenophobe and a racist. While Fantasy Flight’s Arkham products are rooted in Lovecraft’s creations, they feature diverse casts, empowering average people of all races and creeds to help save the world.

Great concept, great theme, too hard to play. That’s what so many people have said when I’ve tried to get Fantasy Flight’s Arkham Horror to the table. A new edition of the 1987 classic is out now, with revisions to game flow and mechanics that retain the soul of the original while making the fight against the darkness more welcoming.

My history with Arkham Horror is nearly a decade long. I purchased the game’s second edition—the one most people who have played the game are familiar with—in 2009. It had been a few years since we moved and I left my regular gaming group behind. I was looking for something I could play alone. (Yes, there are many tabletop games you can play by yourself.)

Arkham Horror scratched that itch. I purchased expansion after expansion, crafted tuckboxes for tokens and cards, and covered our large dining room table with the city of Arkham, normal people turned paranormal investigators, and monsters that threaten both body and mind. I failed to save the world over and over. Arkham Horror is an exceedingly difficult game to win, but I delighted in the destruction.

Unfortunately, each game can last two to three hours (longer if you’re chasing a toddler). It’s a hard game to get to the table, because of sometimes inscrutable rules, far too many decks of cards (later tidied by an official mobile app), and a game flow that isn’t always smooth. With so much rule-checking and room for error, Arkham Horror’s second edition isn’t for the faint of heart or those that aren’t already comfortable with time-intensive board games.

Who is Arkham Horror appropriate for?

Arkham Horror features mature themes (mostly violence and psychological horror) and requires a great deal of reading. This is a great game to play with your teens who love tabletop games with rich story.

What’s the goal of Arkham Horror?

In Arkham Horror, players choose one of four scenarios, each of which puts our world on a collision course with supernatural terror. The new edition features exceptionally rich narrative, with player decisions (and luck) influencing the direction of the story.

Each player takes on the role of an average person who becomes an “investigator.” The professor, the mechanic, the secretary, and more come together to peer into the unknown and fight back against the monsters. With the help of mundane items, mystical defenses, and some lucky dice rolls, players must uncover clues to advance the story while warding against doom growing in each of Arkham’s five neighborhoods.

Should too much doom gather, an anomaly forms. This changes how you’ll interact with a neighborhood, creating massive danger that has the likelihood of progressing the story toward the bad ending (a.k.a. total world destruction).

Players need to strategize, move around the city to deal with threats, and figure out what’s necessary to win. The first time you’ll play each scenario, you’ll have no idea what’s in store. Don’t read ahead. Follow the instructions on the cards. Allow yourself to be surprised (and dismayed when you realize you should have done something different earlier to prepare better for the next act in the story).

So… how does Arkham Horror third edition change things?

The new version shares DNA with the last two versions, but it plays entirely differently. The goal of the last edition was to close a number of gates to different planes of existence to prevent the Old One from waking.

Third edition puts the spotlight on narrative. Instead of simply choosing an Old One at the start (each of which made changes to the experience), players choose a scenario. This brings Arkham Horror closer in line to more recent products in Fantasy Flights’ Arkham Files line, including Mansions of Madness 2nd Edition and Arkham Horror Card Game.

Third edition dumps the traditional board in favor of a modular, interlocking tile system. This is similar to Mansions of Madness 2nd Edition, Star Wars Imperial Assault, Doom (based on the first-person shooter video game series), and Descent. This format is in vogue at Fantasy Flight, offering more design and scenario flexibility.

Arkham Horror third edition also borrows mechanical concepts from Pandemic (the “gate burst” process causes mounting, compounded risk of doom in the same neighborhoods) and Fallout (story and event cards get added to the game via player action and narrative progress). The changes, including a modular board that alters encounters from scenario to scenario, make Arkham Horror’s latest revision feel entirely different without being unfamiliar.

There’s still room for Arkham Horror second edition in your collection, if you own it. You don’t need to toss out your collection, but don’t expect a conversion kit either. Instead, consider the new edition a reboot.

Knowing Fantasy Flight, the new version will likely get its own updates with new investigators, scenarios, and tiles. The modular nature conceptually makes it easier to build out larger maps that might more easily connect Arkham to other cities, including Innsmouth, Dunwich, and Kingsport.

Arkham Horror second edition was an off putting game. The rules were tough to digest and had a tendency to be “fiddly” (lots of small rules and actions that are easy to mess up or forget). The game loop was largely the same from game to game (at least before adding expansions), relying exclusively on emergent moments to create texture.

The scenario approach in third edition is a double-edged sword. It creates more flavor and narrative to each play, but you’ll learn the secrets quickly. It also still has those emergent moments that make Arkham, well… Arkham.

It’s not the easiest horror game to get into. You can start with Betrayal at House on the Hill for something with lighter rules (and a different host of implementation issues). Last Night on Earth is a many-versus-one zombie game that is also relatively easy to get into. Nyctophobia twists the tabletop paradigm by blindfolding most players as they try to escape from a monster in the woods.

If you’re not into horror but prefer high-stakes cooperative games, Pandemic is a great option. Forbidden Island and its successors, Forbidden Desert and Forbidden Sky, juggle the setting for a challenging experience.

Arkham Horror isn’t for everybody. You’ll lose a number of times before you win, and even when you do, it’ll likely be by the skin of your teeth.

If that’s the kind of experience you and your teens are up for, Arkham Horror third edition is a smart, exciting refinement of an already enjoyable game. This isn’t a simple update. It’s a complete reimagining that fixes some of the game’s previous problems. It updates the concept to incorporate innovations from others released since Arkham Horror’s second edition.

It isn’t a perfect game by any stretch, but Arkham Horror’s third edition takes the genre defining game and makes it far easier to get to the table.