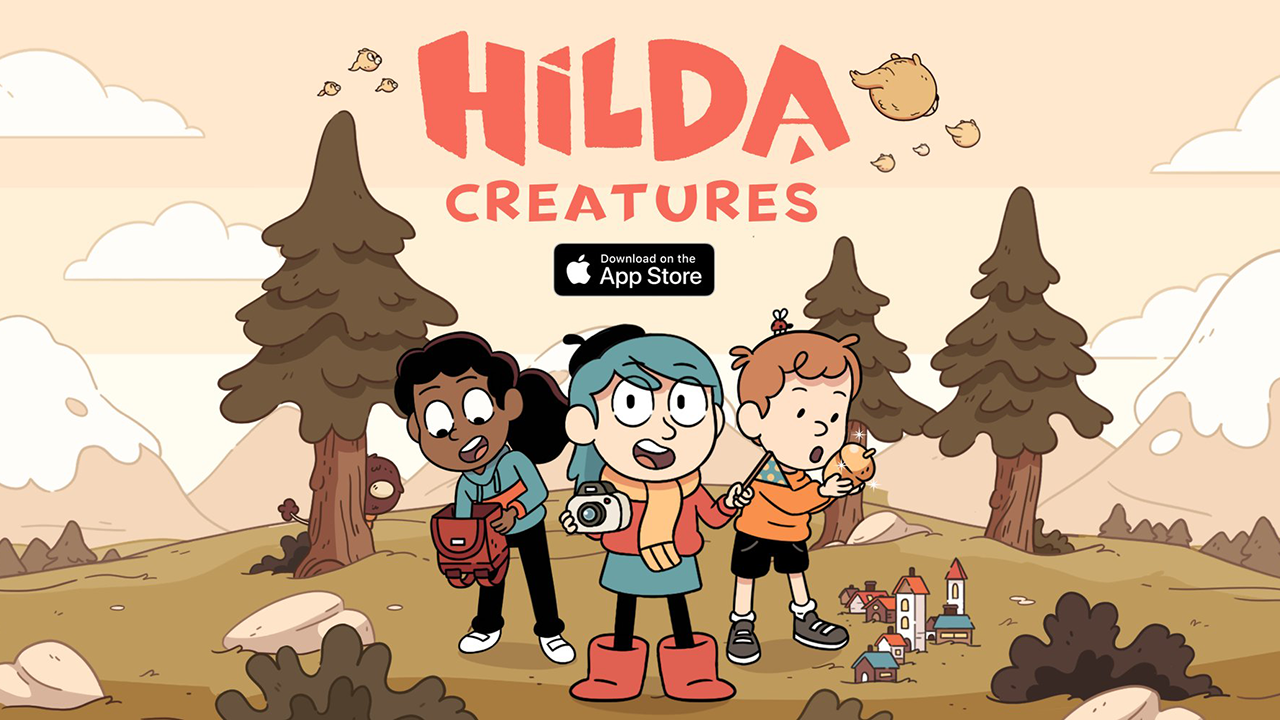 Hilda Creatures is a free-to-play mobile game based on the comic series created by Luke Pearson, which has also been turned into a Netflix Original Series. The game allows players to decorate environments in order to attract creatures to them, which they can then befriend.

In Hilda Creatures, players start with a single environment to play around in: Hilda’s Old House, which is now just a plot of dirt after a giant stomped on her home. Over time, players can unlock a variety of different locations to visit, both in the wilderness and in the town of Trolberg.

Kiddos can spend acorns (the game’s free currency) to decorate each environment. By placing different combinations of items -- everything from chairs to sports items to cameras and beyond -- they can attract a variety of creatures to those areas. These creatures include things like Elves, fluffy Woffs (essentially a ball of fur with a tail), and even large Trolls.

Players can interact with these creatures by talking to them, petting them, and even taking their picture, with the goal being to befriend as many creatures as possible and add their pictures to Hilda’s notebook.

Users will earn acorns as they interact with creatures, allowing them to purchase even more decorations so they can attract new critters to their play areas over time. Creatures will show up on their own, even when kids aren’t playing, which encourages them to take a break from the game and come back later to see which creature (if any) has come for a visit.

Hilda Creatures is available to download for free on iOS devices, and is coming soon to Android. The game has an age rating of 4+ on the App Store. Hilda Creatures contains optional in-app purchases, allowing players to purchase premium currency, which can be spent on special decorations.

Check out the first few minutes of Hilda Creatures in our SuperParent First Look below to see if your littles would enjoy this game.