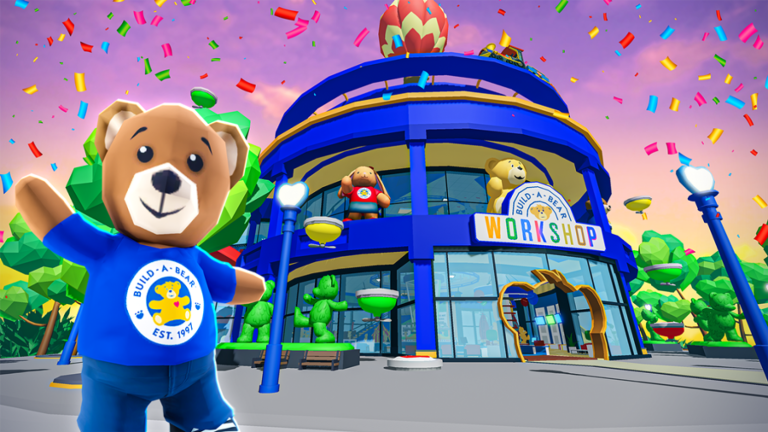 Created in partnership with developer Gamefam, Build-A-Bear Tycoon will allow players to build their own Build-A-Bear Workshop and collect a variety of customizable animal friends.

In Build-A-Bear Tycoon, players will start with an open field, and they can build their Workshop and other structures one element at a time by spending in-game money. A cash machine generates money automatically over time, and as players build more structures, they’ll earn more money per second (items also cost more to build as players progress).

As players construct items, they'll unlock stuffed animals that they can bring to life virtually in their Build-A-Bear Workshop. From there, they can have one of their animal friends follow them around as they play.

“Fabulous experiences are at the heart of our brand with its rich history of creativity, empowerment, and personalization. This anticipated entry into the Metaverse with Build-A-Bear Tycoon on Roblox provides a fantastical venue for users and fans across ages to create their own Build-A-Bear virtual world including our beloved ‘workshop’ and other amazing – and sometimes unexpected - locations along with furry friend companions to join in the fun!”

Build-A-Bear Tycoon is now available to play for free on Roblox. The experience has an age rating of “All Ages.”

While Build-A-Bear Tycoon is free-to-play, it also gives players the option to spend Robux, Roblox’s virtual currency, on upgrades and in-game items. For instance, players can spend Robux to increase their character’s movement speed.

What does your family think of Build-A-Bear Tycoon on Roblox? Let us know on Twitter at @superparenthq.

Editor's note (12/16/2022): This article has been updated with details about how players can bring their animal friends to life virtually in the game.