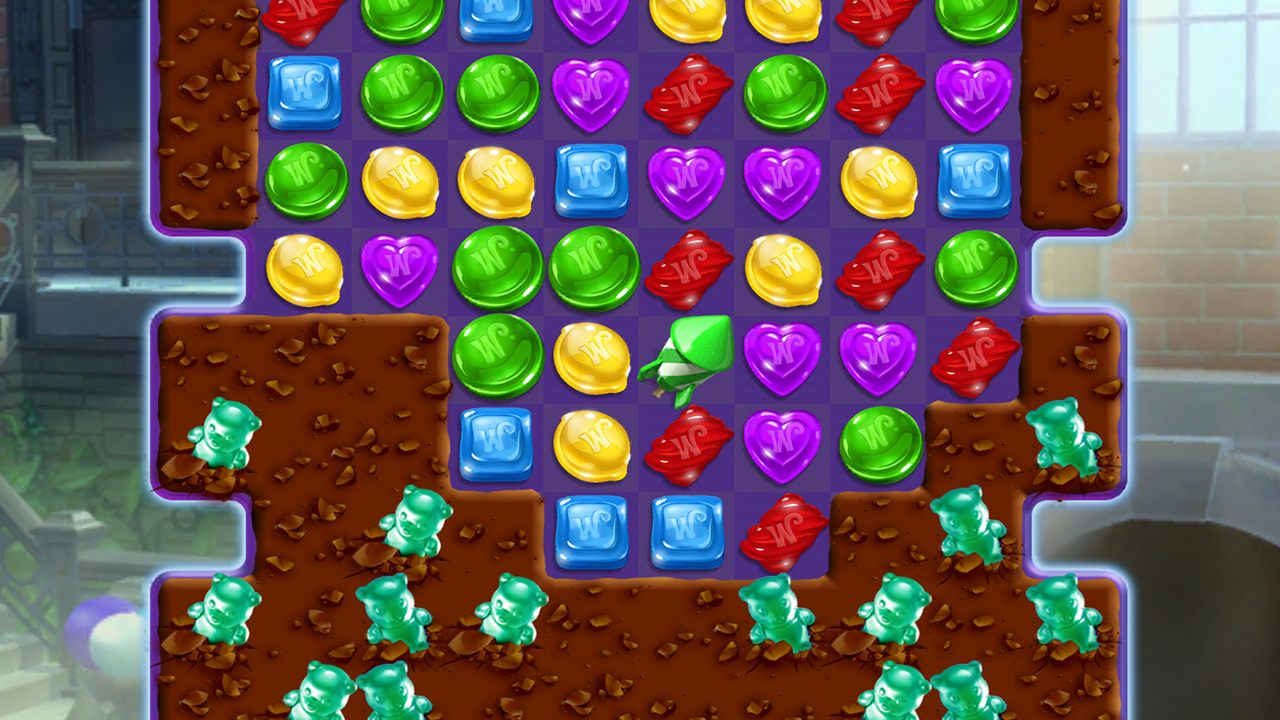 Wonka’s World of Candy is a free-to-play match-three game that takes players into the colorful candy world of Willy Wonka. The game takes place before the events of the classic 1971 film Willy Wonka & The Chocolate Factory. It asks players to help Willy Wonka restore his factory, which fell into disrepair while he was away from home on a trip.

Wonka’s World of Candy is very similar to other match-three games like Gardenscapes and Matchington Mansion. Players will need to complete match-three levels in order to collect stars, which can be spent to purchase items and upgrades for Willy Wonka’s factory. When creating new items in the factory (like trees and benches), players can sometimes choose from multiple options to personalize the factory the want they want.

In each match-three level, players will need to complete a specific goal before running out of moves. As examples, one level may ask players to collect the required number of yellow or green candies, while another asks them to remove cookies from the board by making matches next to them. Levels become more difficult over time, with the introduction of obstacles, such as chocolate squares that cover the board.

Players collect coins as they complete levels, which can be spent on extra moves when they run out during a future level. Users can also spend coins on special building options when constructing certain items. The game supports optional in-app purchases, which allow users to purchase extra coins and other in-game items instantly.

Wonka’s World of Candy is available to download for free on iOS and Android devices. The game is rated E for Everyone on Android and 4+ on iOS. While the game does include some voice acting, much of the dialog is presented through text windows, so younger players may need help keeping up with the story.

Check out the first 11 minutes of Wonka’s World of Candy in our SuperParent First Look below to see if you or your littles would enjoy this game.