Check Out Tons of New Details About Super Smash Bros. Ultimate on Switch 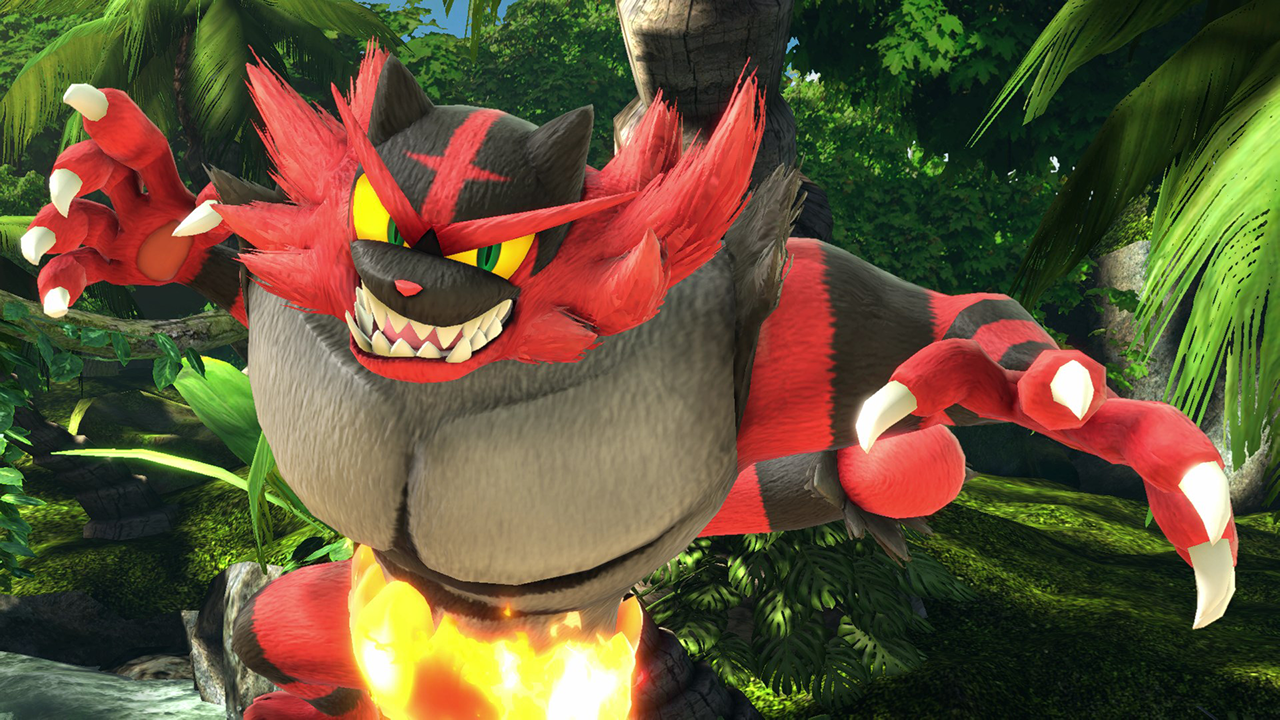 Super Smash Bros. Ultimate is one of the most eagerly anticipated Switch games among both teens and adults. The latest installment in the super popular fighting game series launches on Switch December 7, and Nintendo released plenty of new details to keep the excitement going ahead of its launch.

For one, we now know about two new in-game fighters. Players will be able to battle as Incineroar, a Fire-type Pokemon from the Pokemon Sun and Moon video games. Incineroar isn’t the first Pokemon to enter the Smash arena - creatures like Pikachu and Lucario are part of the game as well.

Next, Ken from the Street Fighter fighting game series will be in the game as an echo fighter. Ken will have similar moves to Ryu, another Street Fighter character in Super Smash Bros. Ultimate, though Nintendo said Ken will be “slightly faster” and have “a different shaped Hadoken.”

Super Smash Bros. Ultimate will also feature special characters called “spirits,” which can help players during battle in different ways (for instance, by boosting their stats or unlocking new abilities). There are tons of different spirits to collect -- characters like Tails, Dr. Wily, and Chibi-Robo, to name just a few -- and players can mix and match them to suit their individual play style.

Players will be able to collect spirits by competing in Spirit Battles. After winning one of these matches, they will have to complete a roulette challenge to acquire a spirit. Users can also level up spirits by using them in matches. As spirits level up, they’ll become more powerful. Users can even unlock “enhanced forms” of spirits over time.

While players can have lots of fun competing against other users in local or online multiplayer matches, they can also test their skills in a single-player Adventure Mode called “World of Light,” which will focus on the transformation of the game’s characters into spirits.

When they want to take the battle online, players can be matched up with other players based on three factors -- their preferred battle rules (if they’ve set them on their in-game profile), their standing on the game’s online leaderboard, and how close they are geographically to other users. Players will also have the option to team up with a friend to compete against another team online in two-vs-two matches. Keep in mind, you’ll need to be a Nintendo Switch Online subscriber to access to the game’s online features.

Finally, Nintendo revealed that Super Smash Bros. Ultimate will receive a variety of optional downloadable content through February 2020. This includes five “sets” of content, which each contain a new fighter, a new fighting stage, and music tracks. Players can purchase the Fighters Pass for $24.99 to access all of the sets as soon as they’re released, or purchase each set individually for $5.99 as they launch.

These are just some of the highlights from Nintendo’s latest Nintendo Direct video presentation. To see everything that was announced, check out the full video replay above.