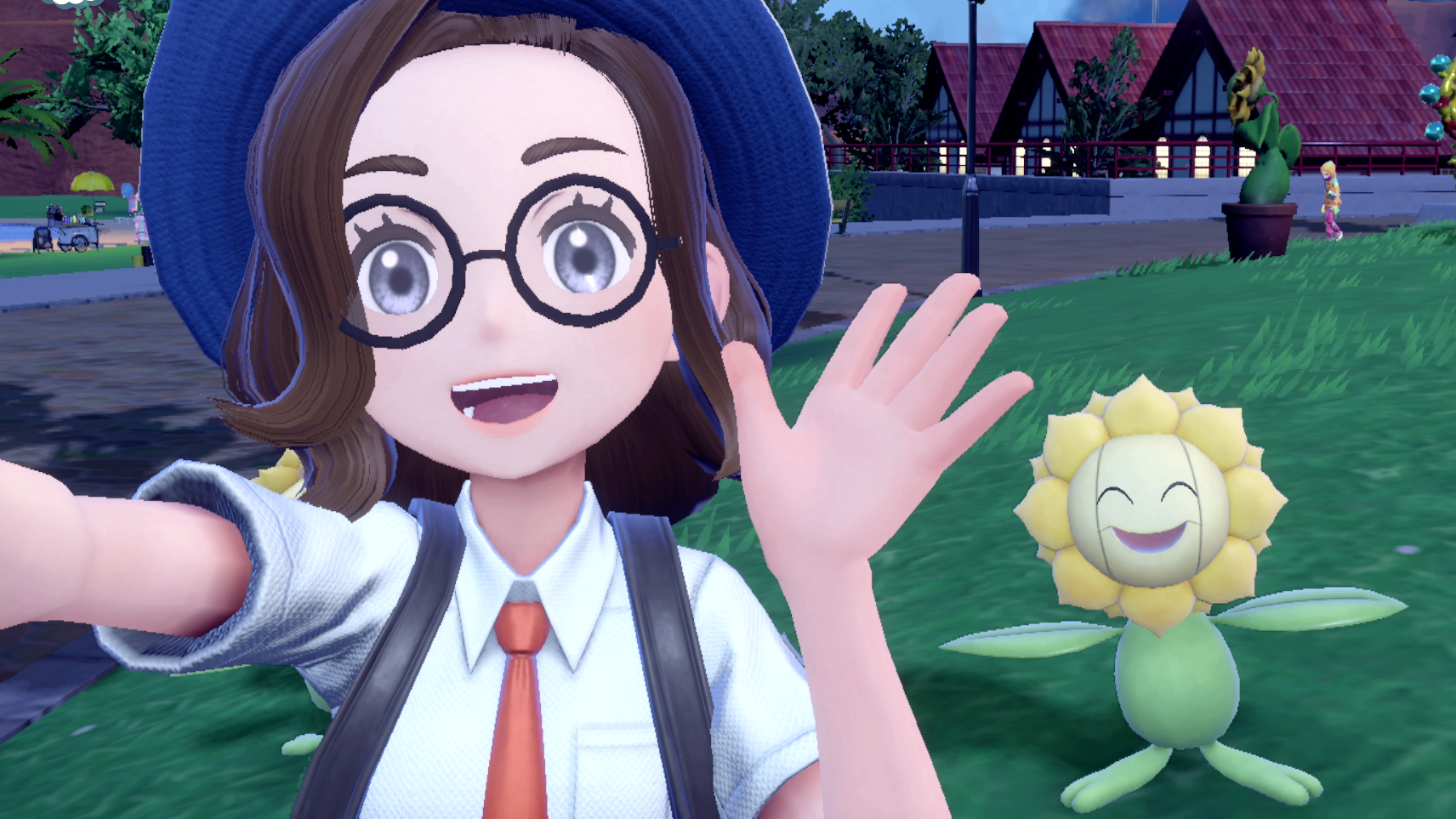 As players make their way through each game, they’ll be able to challenge Gym Leaders at Gyms throughout the Paldea region to earn Gym Badges.

Before players can challenge Brassius, the Gym Leader at the Artazon Gym, they’ll need to complete a Gym Test that asks them to find 10 Sunflora hiding around the town of Artazon.

As reported by Attack of the Fanboy, there are more than 10 Sunflora hiding around Artazon, but players only need to find 10 of them.

Our guide will show you the locations of 10 Sunflora you can find around Artazon.

Before we begin, it’s worth pointing out that while most Sunflora will stand still as you walk up to them, some will run away and you’ll need to chase them. Once you catch them, you’ll need to defeat them in battle before you’ll actually collect them.

Once you begin this Gym Test, turn around and you can find your first three Sunflora standing in the grass in front of you.

From there, walk forward onto the path and turn slightly to the left. You’ll see a Sunflora hiding near a lamp post.

A Sunflora can be found in the hopscotch "court" to the right of the Artazon Gym (if you’re looking at the front of the Gym building).

In the plaza near the “Artazon (West)” Pokemon Center, a Sunflora can be found standing next to a Sunflora statue and flower garden.

While standing near the location of the last Sunflora (in the plaza near the Sunflora statue and flower garden), look toward the nearby Pokemon Center and you should see a Sunflora near the top of a short set of stairs.

A Sunflora can be found in a flower pot next to a Sunflora statue and four benches at the edge of a grassy area in the town.

And that’s all there is to it! Once you find 10 Sunflora, you can challenge Brassius at the Artazon Gym! Have fun!

To learn more about Pokemon Scarlet and Pokemon Violet, or to view the rest of our guides for the games, check out our previous coverage.

Are you enjoying Pokemon Scarlet and/or Pokemon Violet? Let us know on Twitter at @superparenthq.