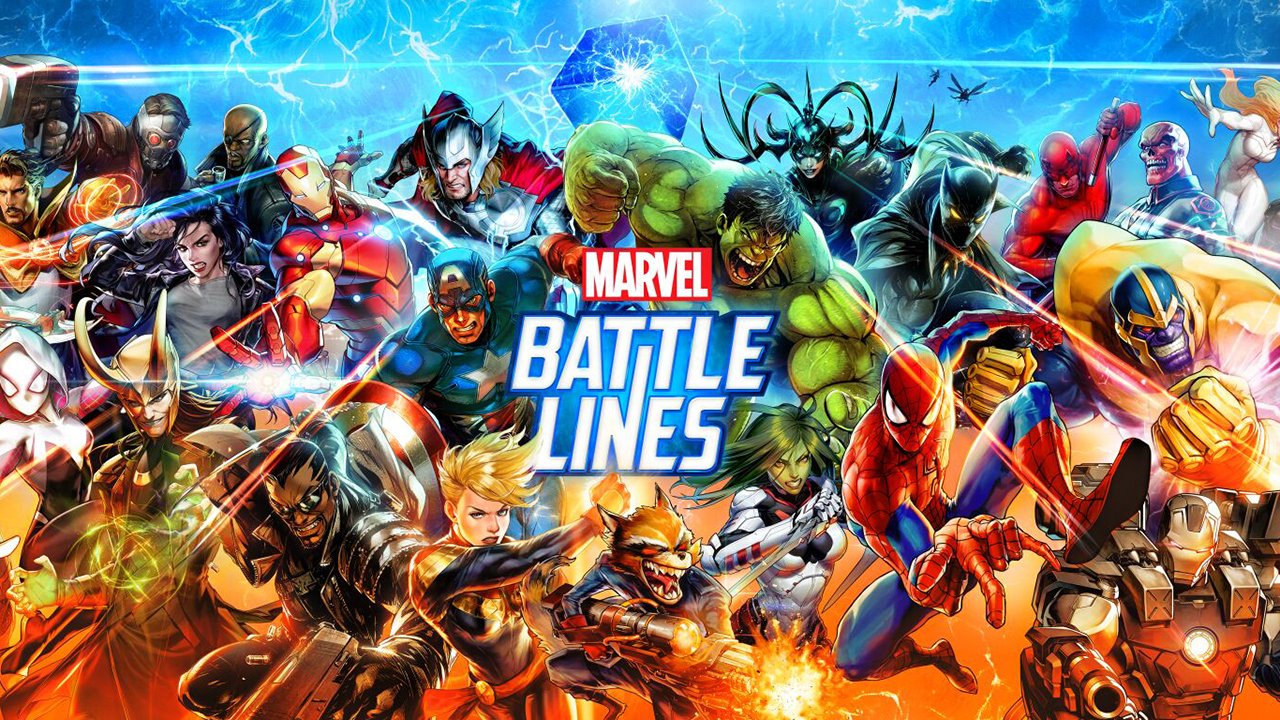 Marvel Battle Lines is a free-to-play mobile game that lets players duke it out against villains from the Marvel universe in turn-based battles.

In Marvel Battle Lines, the powerful Cosmic Cube has been shattered, allowing heroes and villains to collect energy from its many shards. Players join S.H.I.E.L.D. on its quest to collect the shards before it’s too late.

Players will collect all sorts of cards as they play, which they can use to create a deck that suits their play style. In addition to generic cards, users can collect cards containing over 100 Marvel characters, ranging from Captain America and Thor to Daredevil, Venom, and beyond.

During battle, players can deploy Marvel heroes and other units onto a grid-based battlefield. As characters are placed in certain formations, they’ll deal damage to the enemy. Some cards can only be played by spending special resources that can be collected during battle. This helps add an extra layer of strategy to the experience.

In addition to completing single-player story missions, users can battle against other users in multiplayer battles.

Marvel Battle Lines is available to download for free on iOS and Android devices. The game is rated E10+ on Android and 9+ on iOS, and it supports optional in-app purchases. The game’s story plays out through text windows, so younger players may need help keeping up with the story and learning how to play.

Check out the first 13 minutes of Marvel Battle Lines in our SuperParent First Look below to see if this is a game your kids would enjoy.