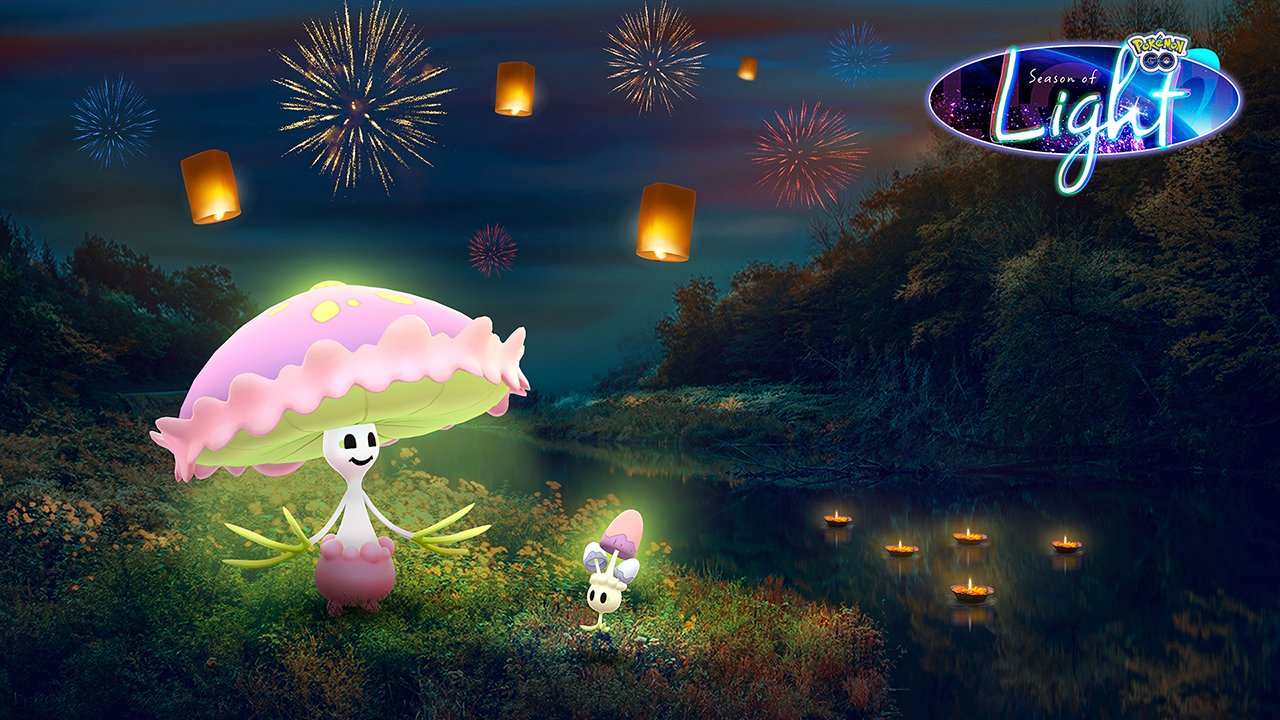 The Festival of Lights 2022 event is coming soon to Pokemon Go! This event will run from October 14 at 10 a.m. local time until October 17 at 8 p.m. local time.

Once this event begins, Morelull and Shiinotic will become available to collect in Pokemon Go.

During this event, Pikachu, Vulpix, Magnemite, Chinchou, Litwick, Litleo, Helioptile, Dedenne, and Morelull will appear more frequently than normal in the wild. Galarian Ponyta and Togedemaru will also have the chance to appear in the wild during this event, though the Pokemon Go website indicated they’ll be rarer than the other featured Pokemon.

Four in-game bonuses will be active during this event:

Next, Alolan Geodude, Blitzle, Darumaka, Litwick, Dedenee, and Morelull will appear more frequently than normal when players use Incense during this event. There will also be the chance for Galarian Ponyta and Galarian Darumaka to appear while using Incense, but the Pokemon Go website indicated they’ll be rarer than the other featured Pokemon.

Players will be able to complete event-themed Field Research tasks during this event to receive encounters with Galarian Ponyta, Electabuzz, Magmar, Chinchou, Blitzle, Dedenne, and Morelull.

In addition, players will be able to collect event-themed stickers by spinning the Photo Disc at PokeStops, opening Gifts, and purchasing them from the in-game store.

Finally, players will be able to complete Timed Research tasks during this event. If players complete this Timed Research, they’ll receive the Sparkler Pose for their in-game avatar.

Are you looking forward to the Festival of Lights 2022 event in Pokemon Go? Let us know on Twitter at @superparenthq.