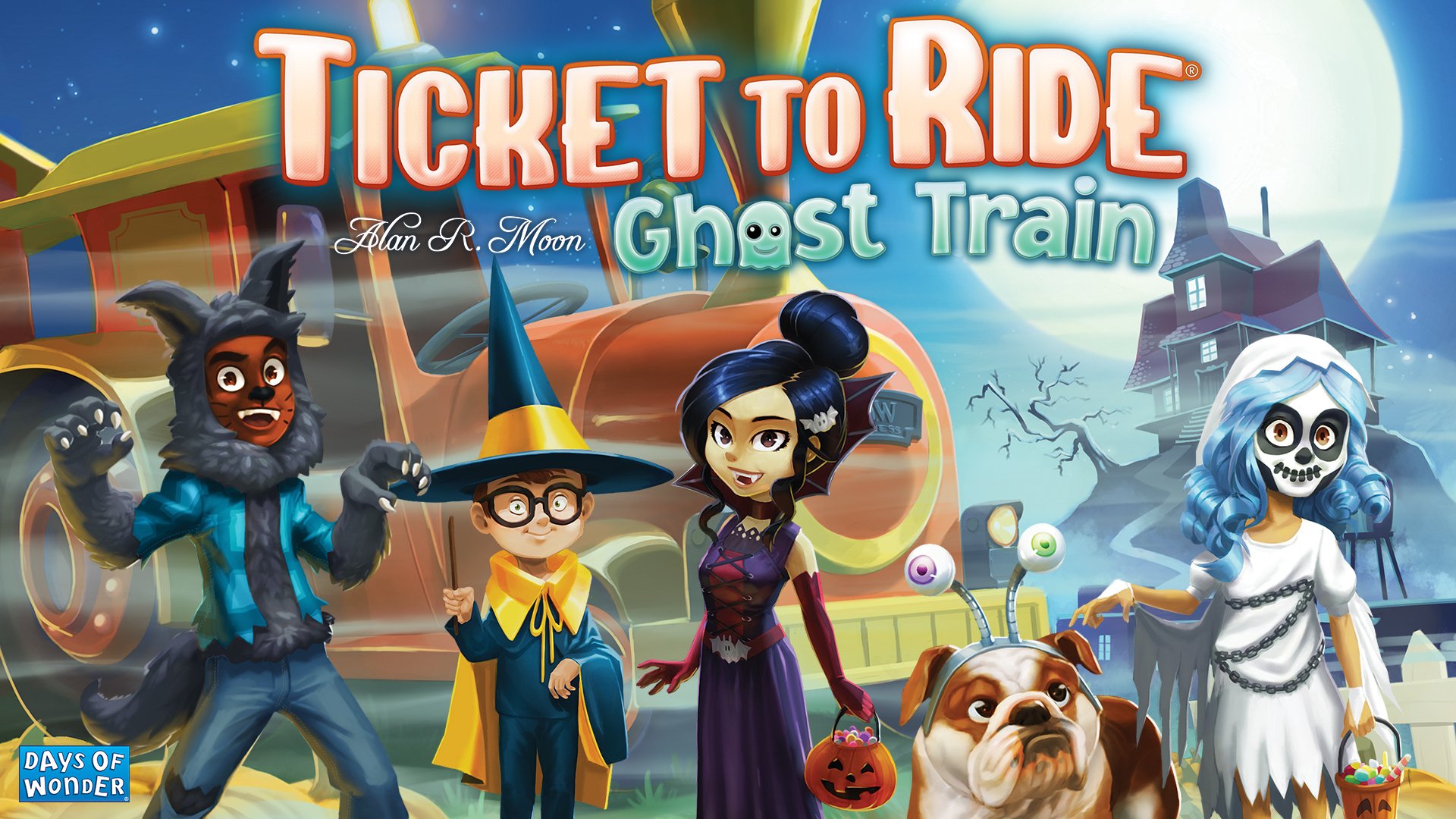 We had the chance to check out Ticket to Ride: Ghost Train.

Ticket to Ride: Ghost Train is a kid-friendly tabletop game for 2-4 players with a recommended age of 6+. The game will allow players to place Haunted Carriage pieces on colorful routes to connect locations around a spooky town.

Each game of Ticket to Ride: Ghost Train has an expected play time of 15-30 minutes.

Ticket to Ride: Ghost Train challenges players to be the first to complete six Tickets by connecting key locations on the game’s map using Haunted Carriage pieces. Each Ticket lists two locations that can be found on the map, like a Foggy Lighthouse, Graveyard, and a Misty Windmill (many of the game’s locations have a “spooky” theme, but the experience is still family-friendly).

Finally, players can collect bonuses by connecting certain locations around the map, even if these locations aren’t listed on their Tickets. These bonuses may help players claim routes or win the game more quickly.

Once the first player finishes six Tickets, they win the game. Or, if a player runs out of Haunted Carriage pieces, the game will end, and the player who has completed the most Tickets by that point wins.

Here at SuperParent, we love the Ticket to Ride games, and Ticket to Ride: Ghost Train is no exception. The game’s rules are easy to learn and teach, and the game will help younger players practice their image recognition and color-matching skills.

The game also encourages some light strategic thinking, as players may have multiple routes to choose from when it comes to connecting two specific locations, and they can choose which route(s) to claim based on the cards they have and the routes that have already been claimed.

All told, Ticket to Ride: Ghost Train is great fun.

While Ticket to Ride: Ghost Train has a spooky theme and artwork depicting characters like werewolves and skeletons (among others), the artwork is more cartoonish and “cute” than gorey and realistic, so it’s a family-friendly experience.

In addition, the game’s board features large, clear text that’s easy to read from a distance and the route markers (the colorful rectangles on the map) are bright, bold symbols that are easy to identify – we really appreciate the game board’s design.

That being said, the game board is quite large. While the game’s components technically fit on a standard card table, we can see the experience feeling cramped with groups of 3-4 players (we tried the game with two players), so you may want to play the game on a larger playing surface.

Ticket to Ride: Ghost Train is a fun, family-friendly tabletop game that’s a perfect fit for the Halloween season. We recommend checking this one out if you’re looking for some spooky, kid-friendly games to play with your family and friends this fall.