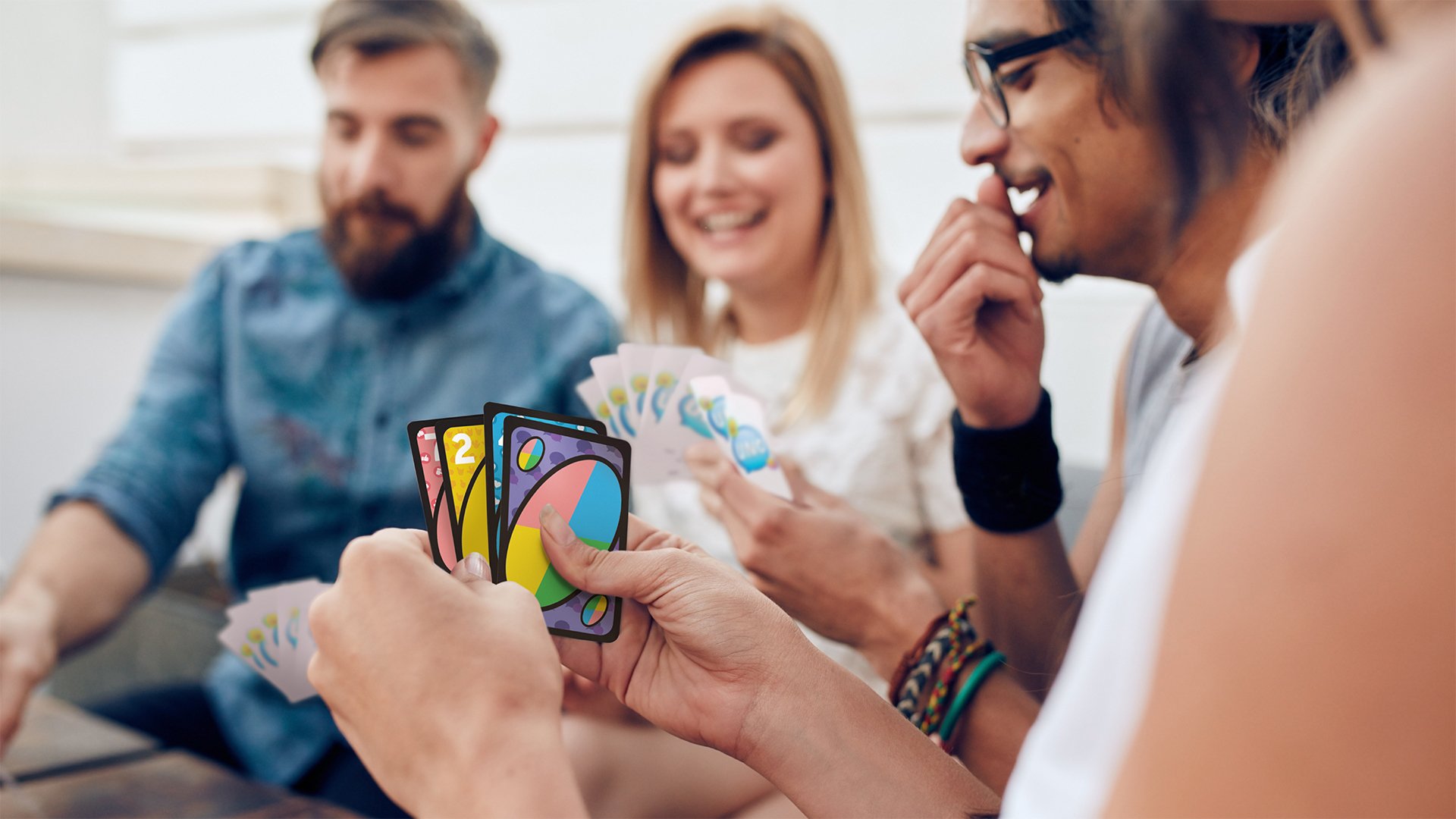 Mattel released a new version of its Uno card game for large groups.

Uno Party is for 6-16 players with a recommended age of 7+. The game combines the gameplay from the classic game of Uno with new cards and rules.

Uno Party includes three new “Wild” cards. For instance, the Wild Drawn Together card allows the player to connect two opponents who must draw cards every time their partner does.

The game also features a “Speed Play” option. When groups use this option, players can play cards even if it isn’t their turn, so long as their card matches both the number and the color of the card on top of the discard pile.

Is your family excited to play Uno Party? Let us know on Twitter at @superparenthq.