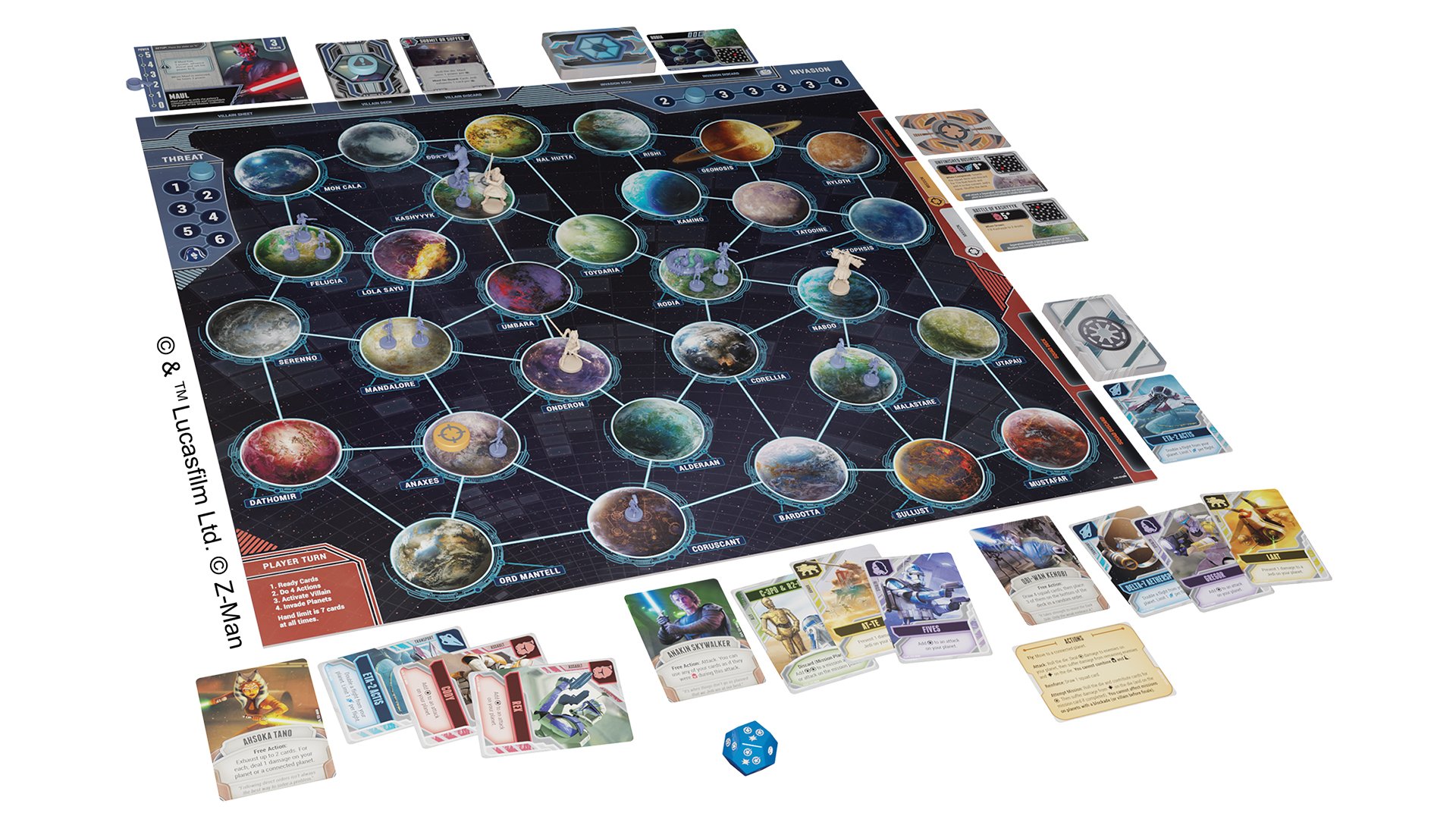 Asmodee and Z-Man Games are kicking off the month of October 2022 in a big way by releasing a new tabletop game called Star Wars: The Clone Wars - A Pandemic System Game.

The Z-Man Games website offers information about the game and its story:

“Traverse the Star Wars galaxy with your fellow Jedi as you battle the droid armies of Count Dooku and the Separatist Alliance. Utilizing the familiar team based mechanics of the Pandemic System, Star Wars™: The Clone Wars, a game by Z-Man Games and Asmodee, drops you into the heart of this galactic conflict. Move from planet to planet fighting battle droids, slipping past blockades, completing missions, and facing off against legendary villains.”

Star Wars: The Clone Wars - A Pandemic System Game will be released on Asmodee’s website and at participating retail stores on October 1, 2022 for $59.99. You can learn more about the game on the Z-Man Games website.

Is your family excited to play Star Wars: The Clone Wars - A Pandemic System Game? Let us know on Twitter at @superparenthq.