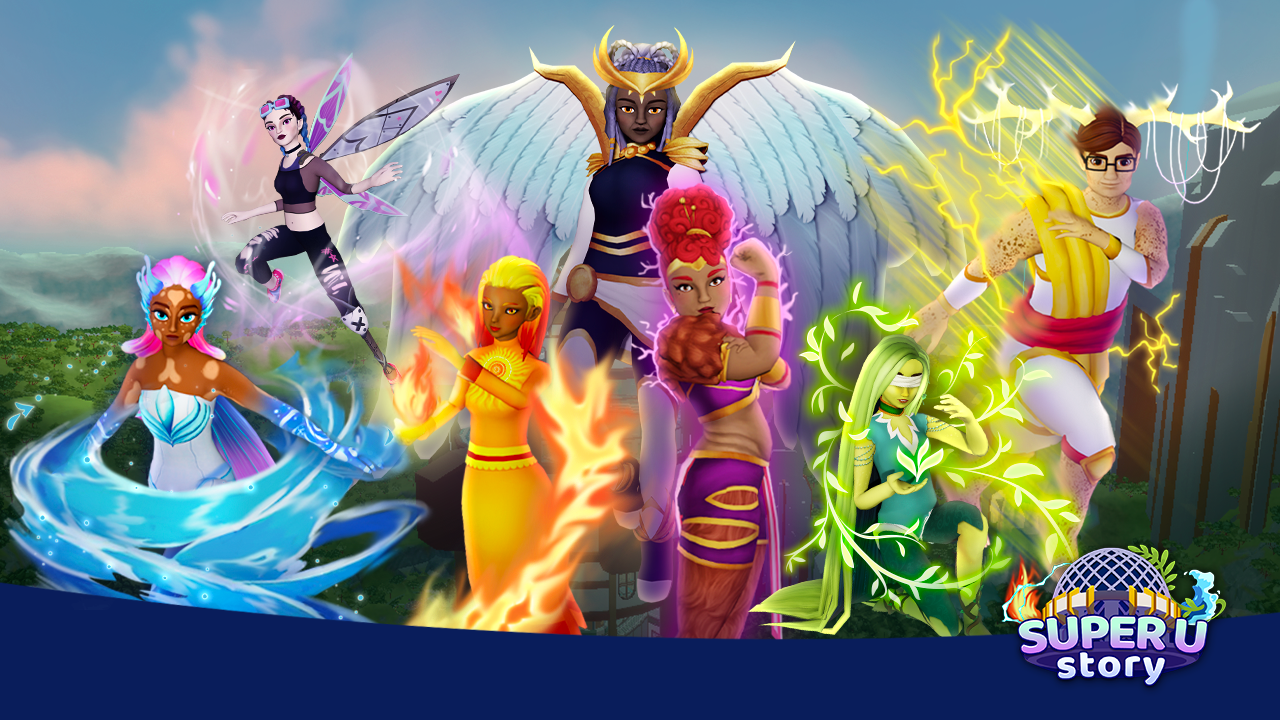 Super U Story was designed for girls aged 9-16. The story-driven game takes players to a school for teens with superpowers called “The Academy,” which “is under siege by a group of rogue students bent on spreading negativity.” Players will be able to use powers related to flight, fire, water, or speed to defeat this “negativity” and save The Academy.

Along the way, players will be able to customize their in-game avatar, complete quests, and more.

Super U Story focuses on diversity and features characters with different skin tones, abilities, conditions, and more. The game was designed to “address unrealistic beauty ideals, especially on social media.”

In a press release, Anat Shperling, founder and CEO of Toya, commented on Super U Story:

“With thousands of games made every year, it’s astounding that none of them address the continuing societal challenges and pressures that young girls face every day, especially in regards to their bodies. In reality, we all come in different shapes, sizes, colors, abilities and that should be reflected and celebrated in the digital content and worlds that are consumed every day, which was a driving force for why we created Super U Story. We created the experience to encourage reflection and spark conversations that we hope helps the next generation avoid the struggles that women face today and instead accept themselves as they are, beautiful, in so many ways.”

Super U Story is now available in beta on Roblox (“beta” means the game is still being developed, so things may change before the game is fully launched). The game is expected to launch in full in fall 2022.

Super U Story has an age rating of “All Ages.” The game doesn’t feature in-game purchases, so kids can’t spend money while playing the game. You can learn more about Roblox’s age ratings in our previous coverage.

Is your family excited to play Super U Story on Roblox? Let us know on Twitter at @superparenthq.

Samsung, The Tonight Show Launched a Metaverse Experience in Fortnite