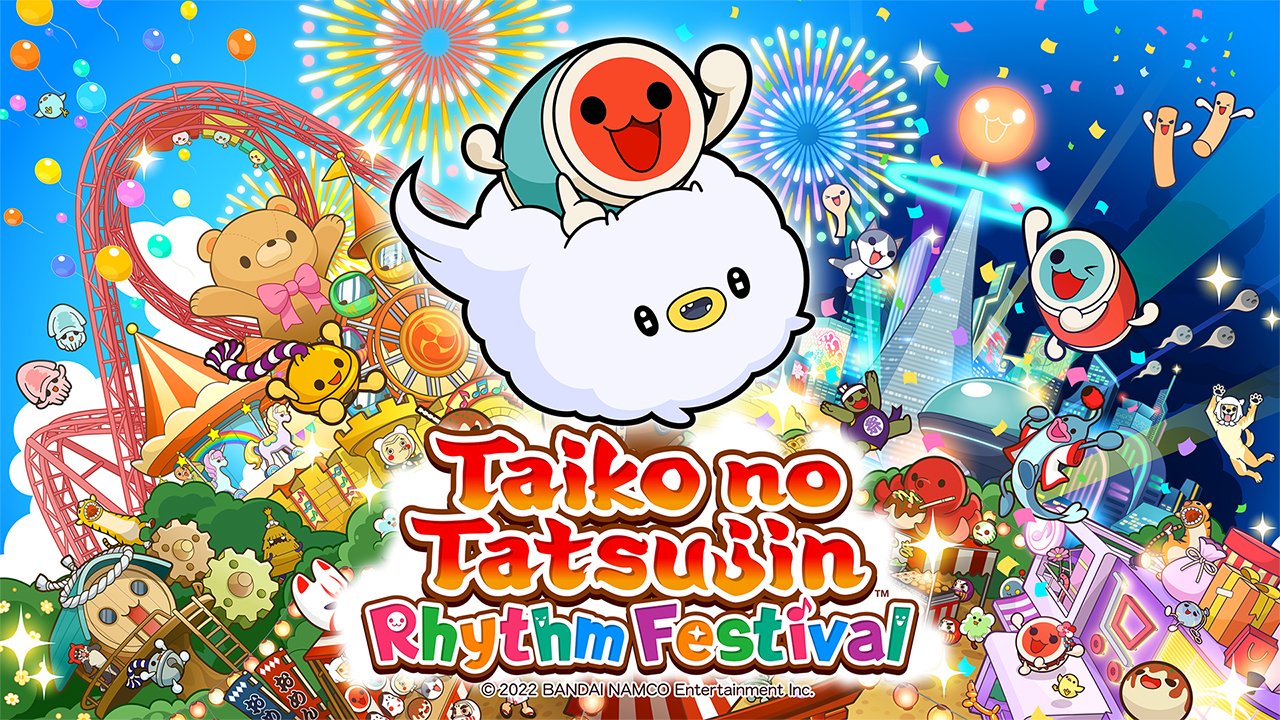 Taiko no Tatsujin: Rhythm Festival is a rhythm game that challenges players to press the correct buttons in time to the music as they listen to a wide variety of songs. Players are guided through the game by a talking drum named Don-chan and a friendly cloud named Kumo-kyun.

During each song, notes of different colors will move horizontally across the screen, and players will be asked to press the correct button(s) for each note once the note reaches a line on the screen. Players will be graded based on how accurately they play each note.

First, Taiko Mode is a free play mode that allows players to play any song they have available. The base game has 76 songs to choose from, but players have the option to purchase additional songs. Players can choose from multiple difficulty levels for each song.

Next, the Great Drum Toy War mode allows players to battle against opponents as they play songs. As players play notes correctly, they’ll send toys onto the battlefield that will attack the opponent’s toys.

Finally, the Don-chan Band mode allows up to four players to play songs together cooperatively.

Taiko no Tatsujin: Rhythm Festival supports single-player gameplay, and players can also play with other people in the same room and online.

As players complete songs, they’ll earn points that will help them level up. As players level up, they’ll unlock more of the game’s story, as well as new costumes for Don-chan and other items. Players will also earn in-game currency, which they can spend on costumes, toys for the game’s Great Drum Toy War mode, and more.

The standard edition of Taiko no Tatsujin: Rhythm Festival is now available to download on Switch for $49.99. The physical version of the game will be released on October 7, 2022.

A Digital Deluxe Edition of Taiko no Tatsujin: Rhythm Festival is also now available to download on Switch for $54.99. This version of the game comes with a 90-day trial of the game’s Taiko Music Pass, which gives players access to over 500 songs from the game’s catalog.

Even if players don’t purchase the Digital Deluxe Edition of Taiko no Tatsujin: Rhythm Festival, they’ll still have the option to purchase 30 or 90 days of access to the Taiko Music Pass as a separate purchase.

In addition, players have the option to purchase multiple downloadable content (DLC) packs containing additional songs. Once players purchase one of these DLC packs, they’ll own the songs forever.

Taiko no Tatsujin: Rhythm Festival is rated E for Everyone by the ESRB. While the game is family-friendly, it doesn’t feature English voice acting, so players will need to know how to read.

Check out some gameplay from Taiko no Tatsujin: Rhythm Festival in our video below.