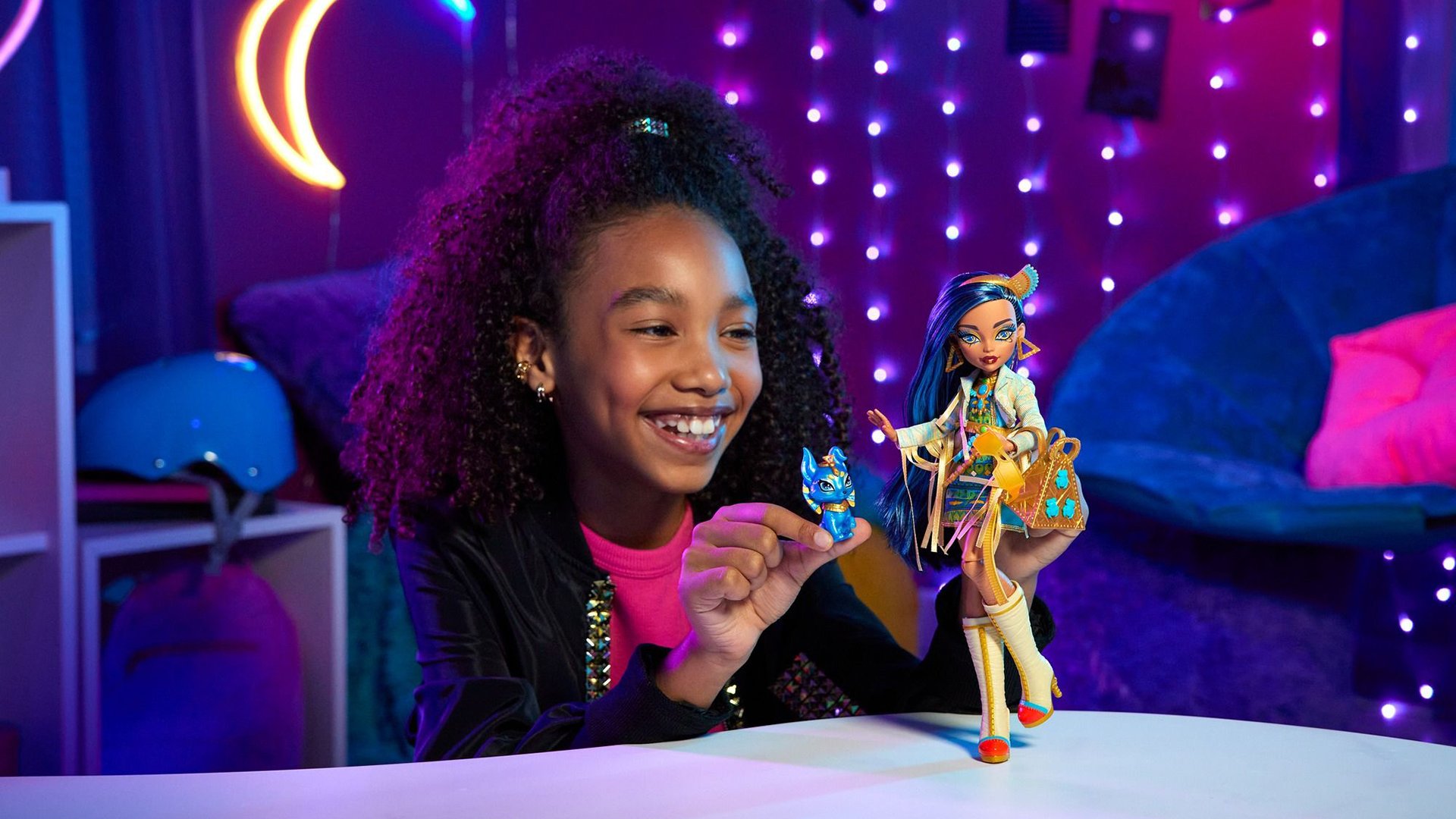 Mattel will soon release a new line of Monster High dolls and playsets, which have been designed to represent “a wider array of body shapes and sizes.”

The 2022 Monster High Collection will have eight dolls to collect:

The Monster High Draculaura Gore-ganizer Playset is a makeup box that will include a Draculaura doll, as well as beauty-themed accessories like stickers, a comb, a compact mirror, and life-size hair clips for kids to wear in their hair. The playset is designed to store the doll when playtime is over. This playset will be available at Walmart, Amazon, and Target for $42.99. It has an age rating of 4+.

The Coffee Bean Cafe Lounge Playset includes 20 pieces that can be used to create three play areas. There are spots for five dolls to interact with the playset at once. This playset will be available at Walmart, Amazon, and Target for $42.99. It has an age rating of 4+.

In a statement, Lisa McKnight, EVP and Global Head of Barbie and Dolls Portfolio at Mattel, commented on the new Monster High dolls:

“Monster High fans have always been deeply connected to themes celebrating individuality and acceptance, the same themes that powered the brand to become one of the most successful and beloved kids’ properties of all time. From the beginning, Monster High has stood for creating a more accepting world where everyone feels proud to be their authentic self, and as we refuel the franchise today with reimagined dolls and characters, a live-action movie and animated series in partnership with Nickelodeon, we encourage fans both original and new to embrace what makes us all unique.”

Is your family going to pick up any of these new Monster High toys? Let us know on Twitter at @superparenthq.