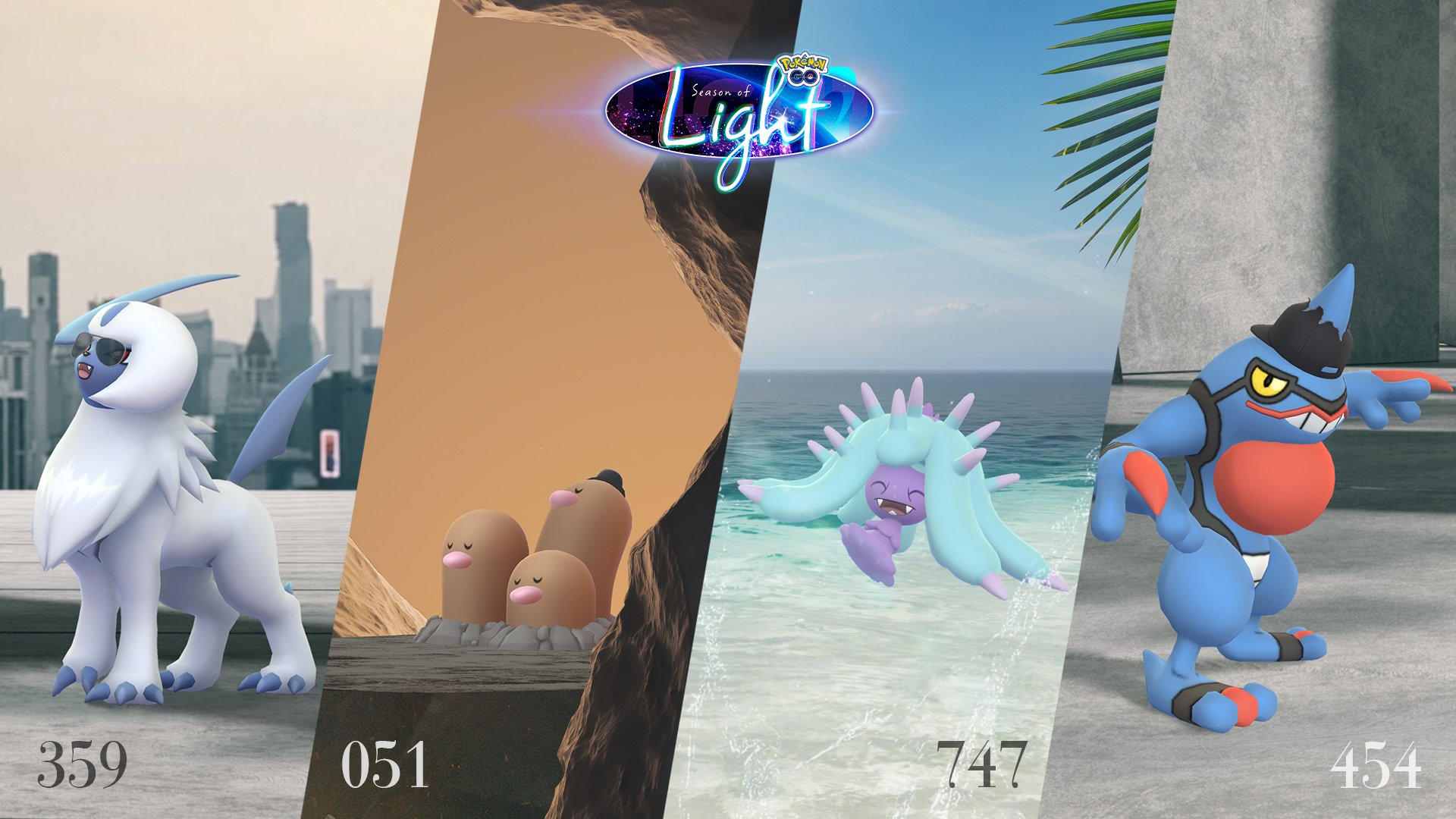 As spotted by Serebii.net, Niantic, the developer of Pokemon Go, revealed details about the 2022 Fashion Week event that’s coming to Pokemon Go.

During the 2022 Fashion Week event, costumed Butterfree, Murkrow, Glameow, costumed Croagunk, costumed Blitzle, Gothita, female Frillish, Furfrou, and Mareanie will appear more frequently than normal in the wild. Costumed Diglett, costumed Kirlia, and costumed Absol will also have the chance to appear in the wild during this event, though the Pokemon Go website indicated they’ll be rarer than the other featured Pokemon.

Players will be able to complete Timed Research tasks during this event to earn encounters with costumed Diglett, costumed Absol, and costumed Croagunk.

Elsewhere, players will have the chance to hatch costumed Diglett, costumed Smoochum, costumed Shinx, and costumed Croagunk from 7 km Eggs that are collected during this event.

In addition, players will be able to complete event-themed Field Research tasks during this event to earn encounters with Eevee, Murkrow, Skitty, Glameow, costumed Croagunk, costumed Blitzle, Furfrou, and Mareanie.

Finally, on the Pokemon Go website, Niantic said players will be able to take Snapshots during this event to receive encounters with “a fashionable Pokémon.”

Are you looking forward to the 2022 Fashion Week event in Pokemon Go? Let us know on Twitter at @superparenthq.