Play This, Not That: Red Dead Redemption 2 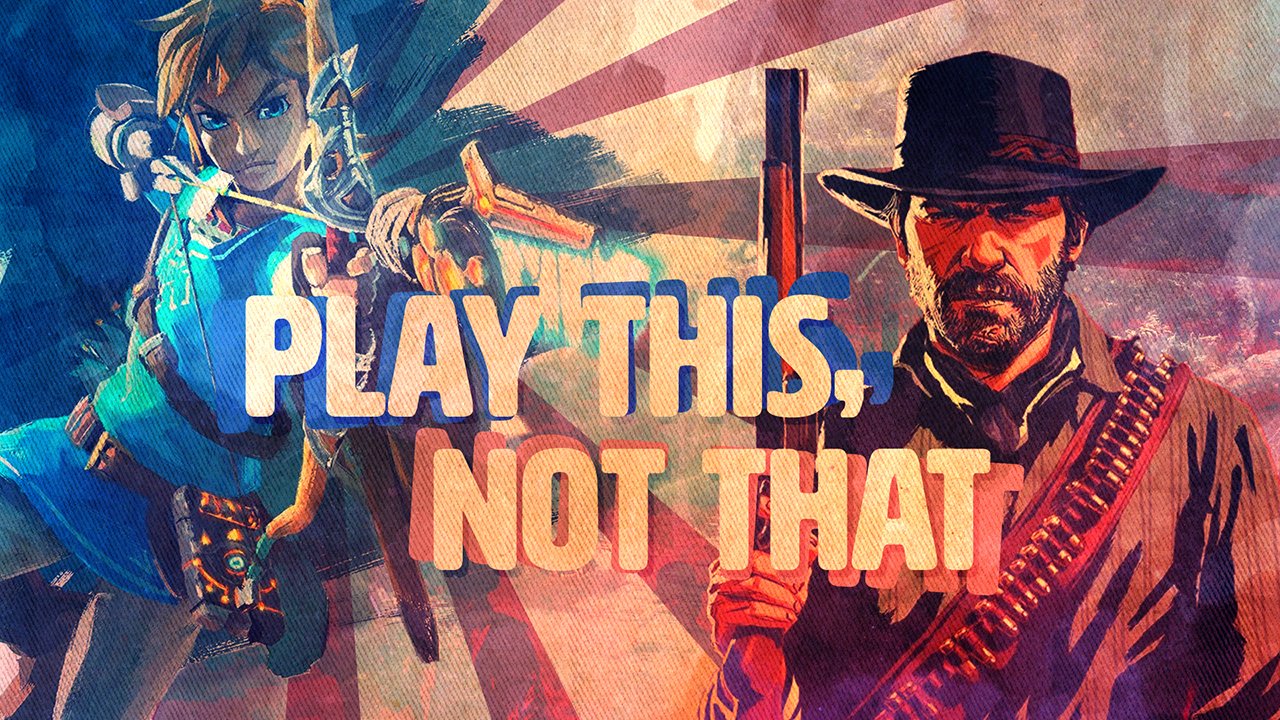 If your young person is suddenly interested in cowboys, horses, and robbing stagecoaches, it may be because they've heard all the hype around Red Dead Redemption 2. It's basically Grand Theft Auto set in the old west, which makes sense, as it's from the same company, Rockstar Games.

Like GTA, it's also definitely not for kids. Plenty of violence, bad language, and criminal activity. You probably knew that already, because the game's inescapable ad campaign features the tagline, "Outlaws for life."

Red Dead is a great game that you'll probably love, but for the kids, we've put together a list of alternatives that hit on the major features -- cowboys, horses, and big open worlds.

The Legend of Zelda: Breath of the Wild
Rated E10+ for Everyone 10+
Available on: Switch

Huge open world? Check! Horses you can ride? Check! The latest Zelda game for the Nintendo Switch is much more teen/tween-friendly, but still has a lot of the exploration, story, and horse-riding that make Red Dead so appealing.

A classic from the original Xbox that's found a second life on iOS, Android, and PCs. It's also coming soon to the Nintendo Switch. Basically a space western, where you're an alien bounty hunter chasing down bad guys. It's teen-rated, so best for older kids.

Shadow of the Colossus
Rated T for Teen
Available on: PlayStation 4

Considered of the great games of all time, this dreamlike adventure sends a boy out on an epic quest to find and conquer a series of building-size monsters. It's got the horse-riding and open world of Red Dead, but in a slower, more thoughtful, abstract world. There's a fantastic new "remastered" version now for the PlayStation 4.

Lego City Undercover
Rated E10+ for Everyone 10+
Available on: Switch, PlayStation 4, Xbox One, Wii U

GTA but with Legos. That should be all you need to know, but this is a great alternative to more-violent open-world games. It's considered one of the best Lego games of all time, and the writing is sharp enough that even parents will enjoy it (which is a plus, as two people can play together in split-screen mode).

One of the very first video games, this historical text-based adventure first appeared in 1971. It was created as an educational tool to teach kids about frontier life, but has become meme-worthy thanks to unintentionally funny in-game messages like, "You have died of dysentery." There are now board games, card games, t-shirts, and more, and versions exist for various consoles and phones. You can find a browser-based version here.