Kids are Now Asking Other Kids to Prom Via Fortnite 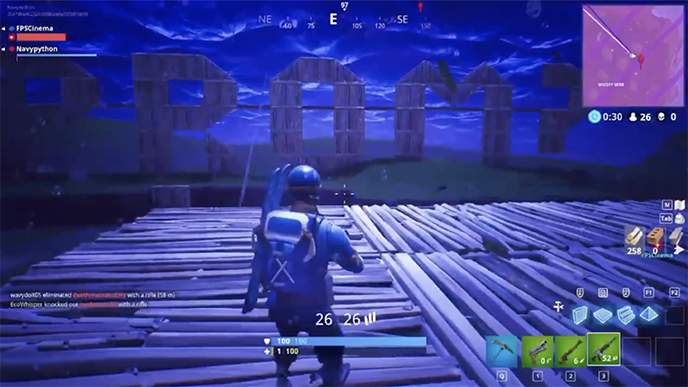 Fortnite is the biggest game in the world, and we’re in the middle of prom season. Put the two together and you wind up with some fun and creative promposals, both inside and outside of the battle royale game.

Polygon recently spotted a creative Fortnite promposal shared by a Reddit user named Navypython, who spelled out “Prom?” by strategically shooting walls on the in-game battlefield so only the question remained. It apparently took 15 tries to make the impressive trick work, so thankfully, she said yes.

Other users have had a similar idea, spelling “Prom?” in a variety of ways using in-game items. 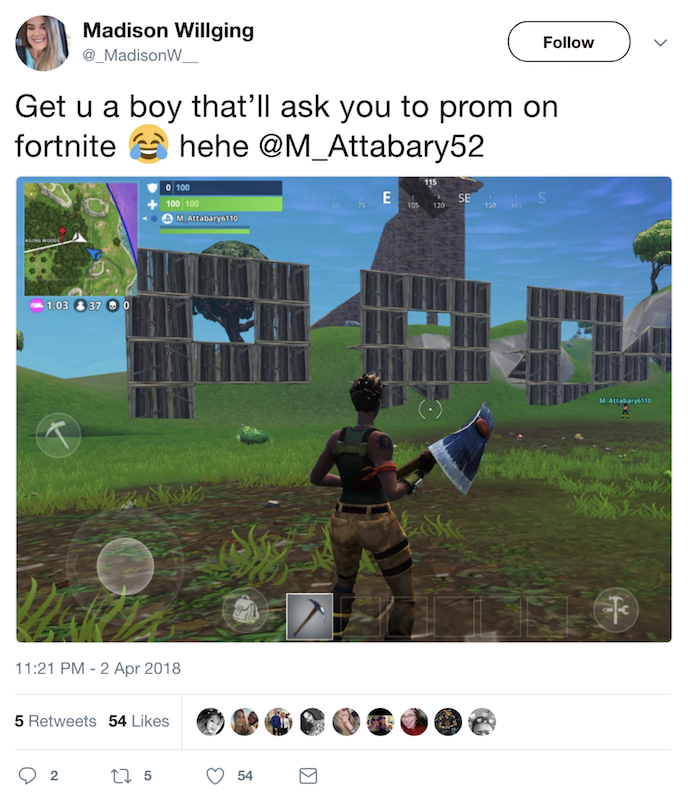 Many players are also having fun with the game’s name and lingo, turning “Fortnite” into “Fort the nite,” and using phrases like “make my solo a duo,” a reference to the game’s ability to play either alone or in a group of two. 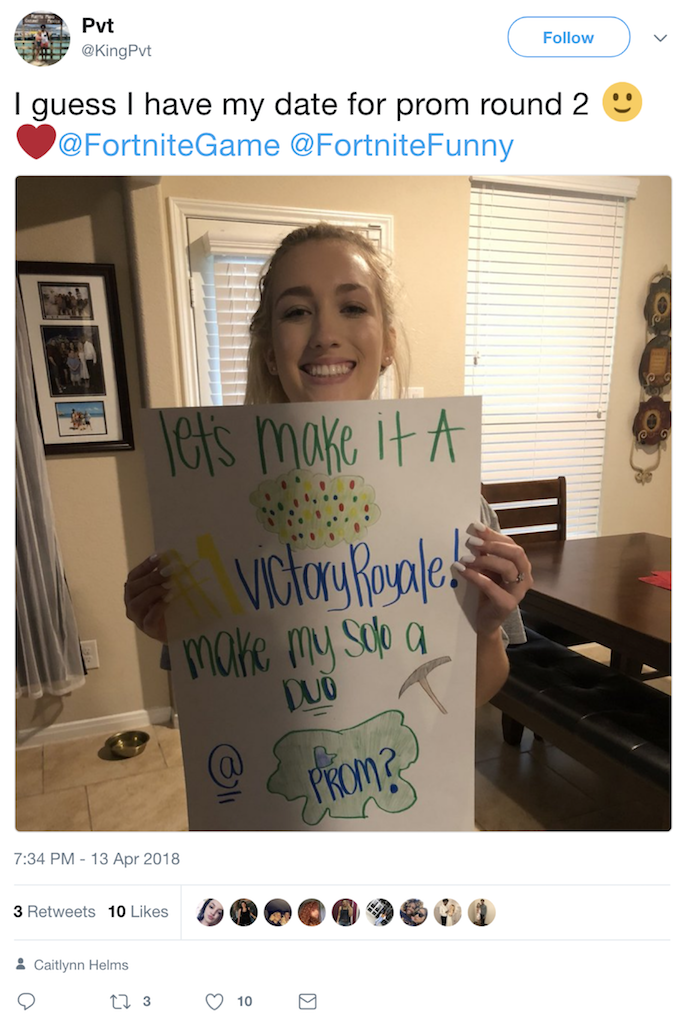 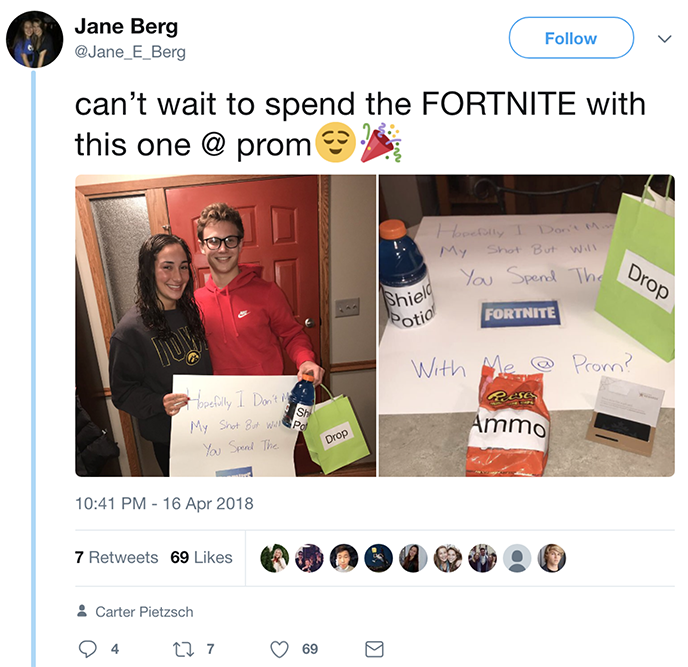 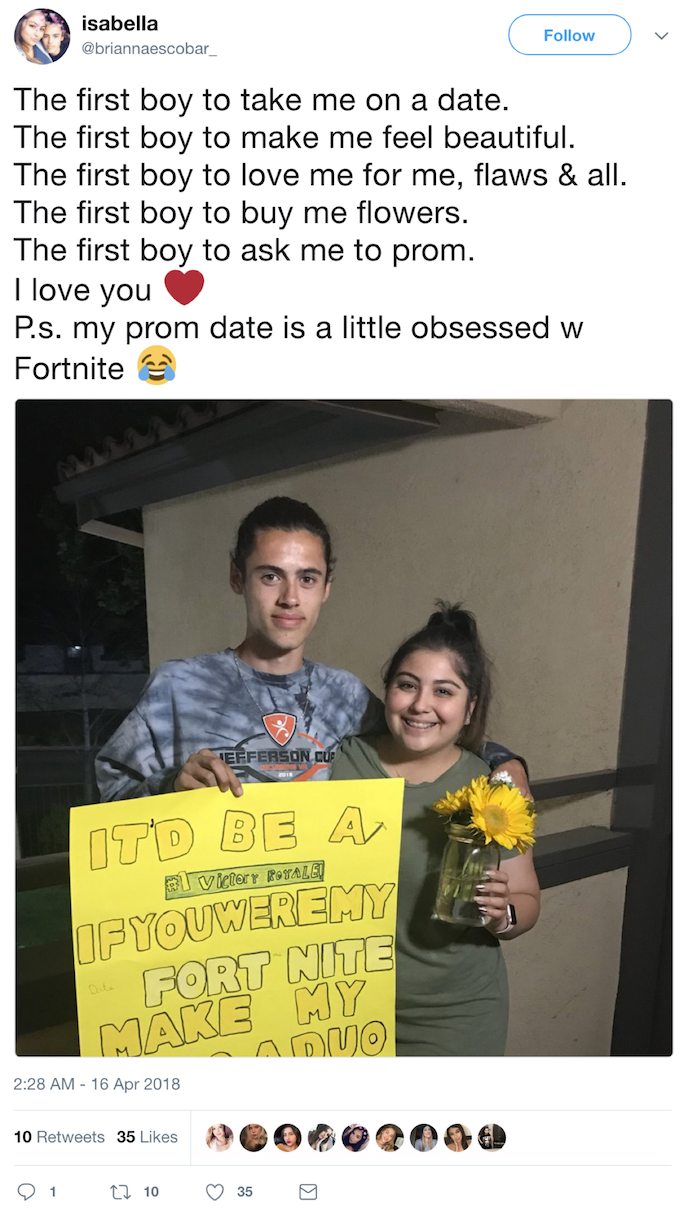 Not only is Fortnite helping players pop the prom question, but it’s even being played at prom (because, of course). If you’ve ever questioned Fortnite’s popularity, check out the hysteria an in-game victory caused in this video from Twitter user @austinhickle5.

While Fortnite isn’t the only game that’s been used for promposals (games like Minecraft and Pokemon have also been used), it’s safe to say we’ve never seen anything quite like this.