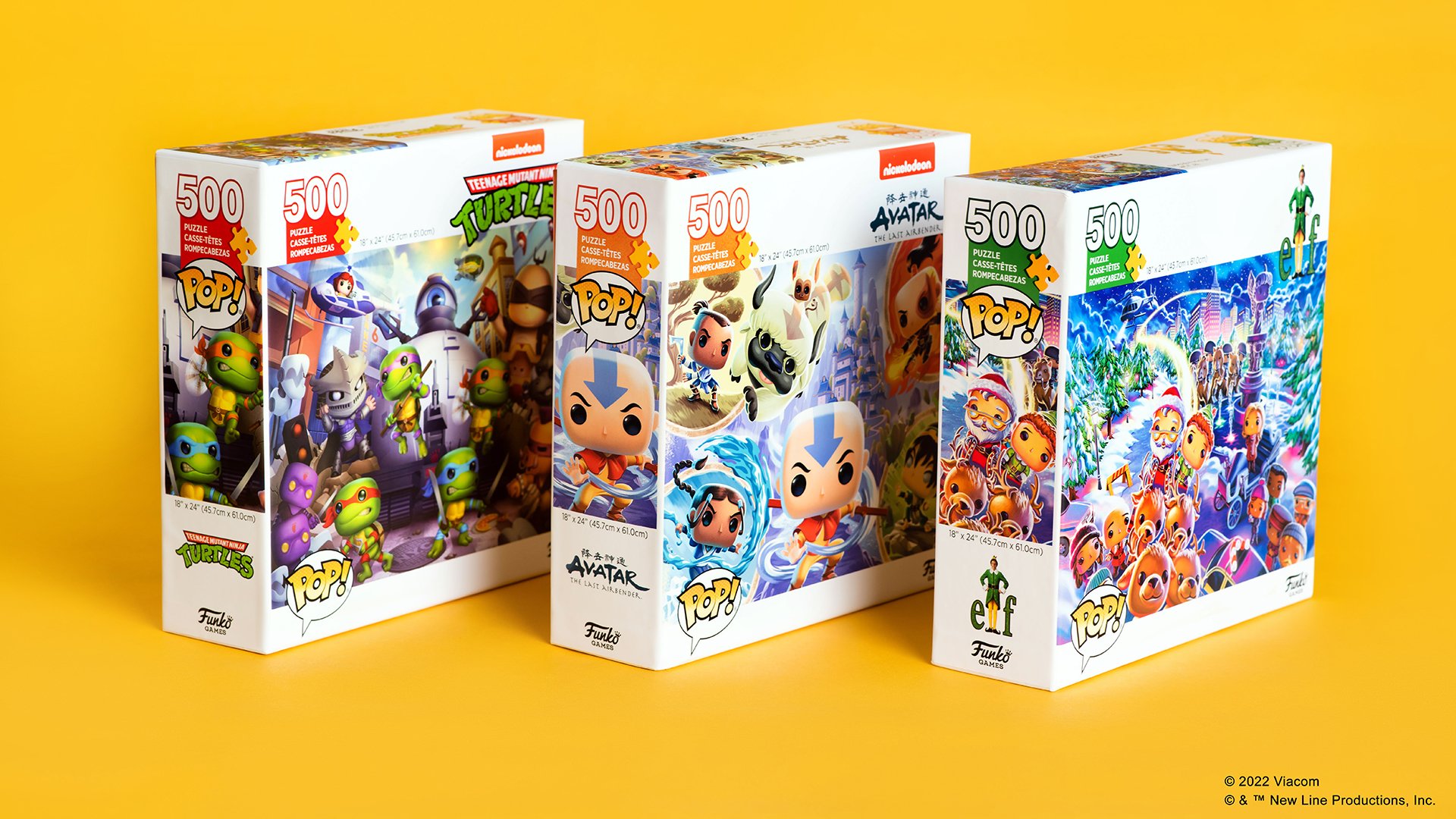 Funko Games, the company behind tabletop games like Rear Window and Disney Big Thunder Mountain Railroad, is expanding its product lineup to include jigsaw puzzles.

So far, three jigsaw puzzles have been revealed, inspired by the Avatar: The Last Airbender, Teenage Mutant Ninja Turtles, and Elf. The artwork for each puzzle features Funko’s vinyl Pop figures.

Is your family going to pick up these Pop-themed jigsaw puzzles? Let us know on Twitter at @superparenthq.