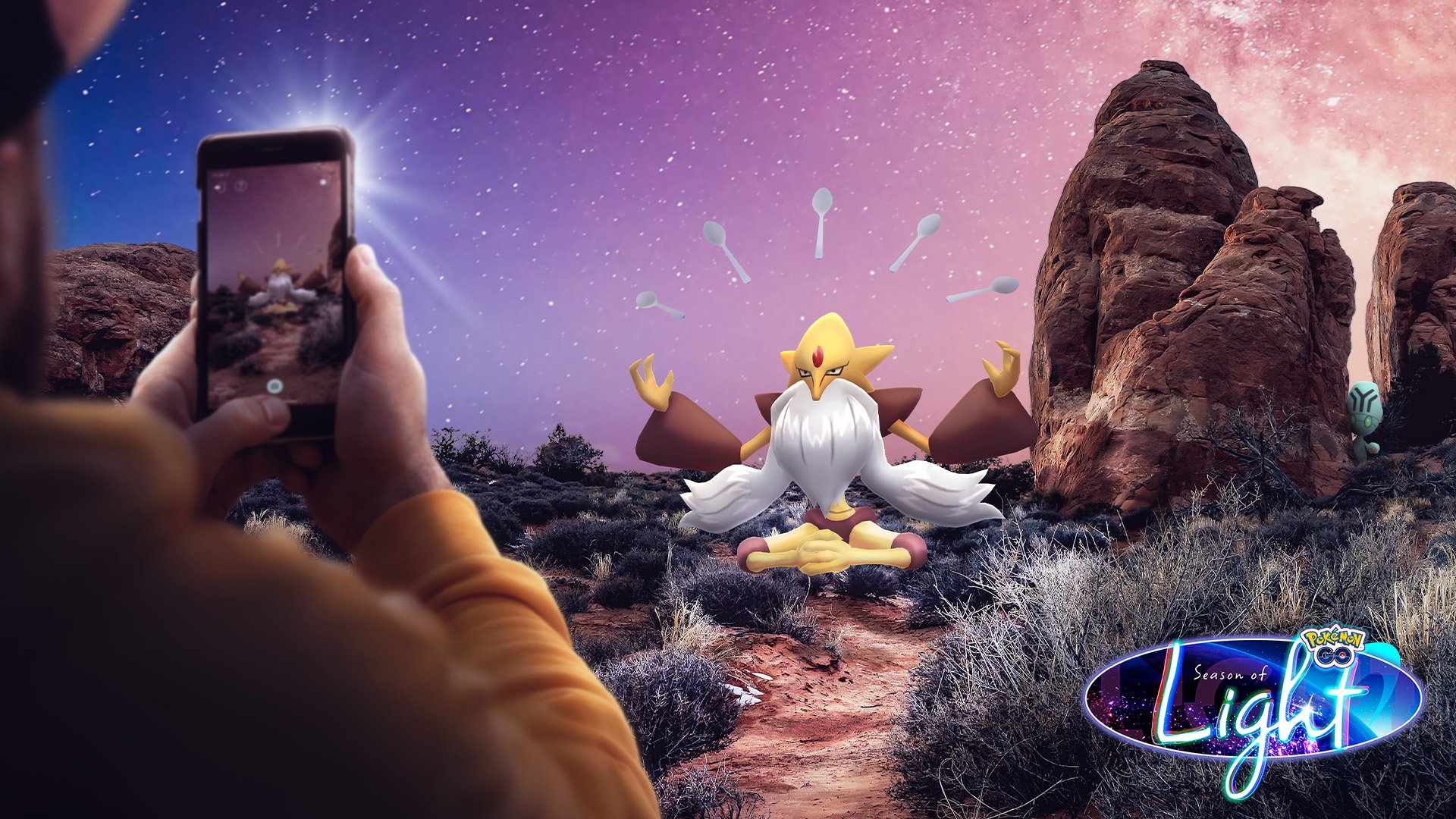 The 2022 Psychic Spectacular event is coming soon to Pokemon Go!

Once this event begins, Mega Alakazam and Shiny Elgyem will become available in Pokemon Go.

During this event, Abra, Slowpoke, Drowzee, Natu, Ralts, Spoink, Munna, Woobat, Gothita, Solosis, and Elgyem will appear more frequently than normal in the wild. Kadabra and Kirlia will also have the chance to appear in the wild during this event, though the Pokemon Go website indicated they’ll be rarer than the other featured Pokemon.

If players evolve Kadabra into Alakazam during this event, Alakazam will learn the move “Psychic.”

A variety of Pokemon will appear in Raids during this event. Here’s the breakdown:

Smoochum, Wynaut, and Chingling will have the chance to hatch from 7 km Eggs that are collected during this event.

Elsewhere, players will be able to complete Timed Research tasks during this event to earn multiple encounters with Elgeym. This Timed Research will be focused on curveball throws.

Finally, a Deoxys Raid Day event will take place on September 11, 2022 from 2 p.m. to 5 p.m. local time. During this event, Normal Forme Deoxys, Attack Forme Deoxys, Defense Forme Deoxys, and Speed Forme Deoxys will appear more frequently than normal in Raids, and there will be an increased chance for players to encounter Shiny Deoxys. In addition, the Pokemon Go website said players will be able to collect “up to five additional daily Raid Passes by sinning Gyms” during this event.

Are you looking forward to the 2022 Psychic Spectacular event in Pokemon Go? Let us know on Twitter at @superparenthq.