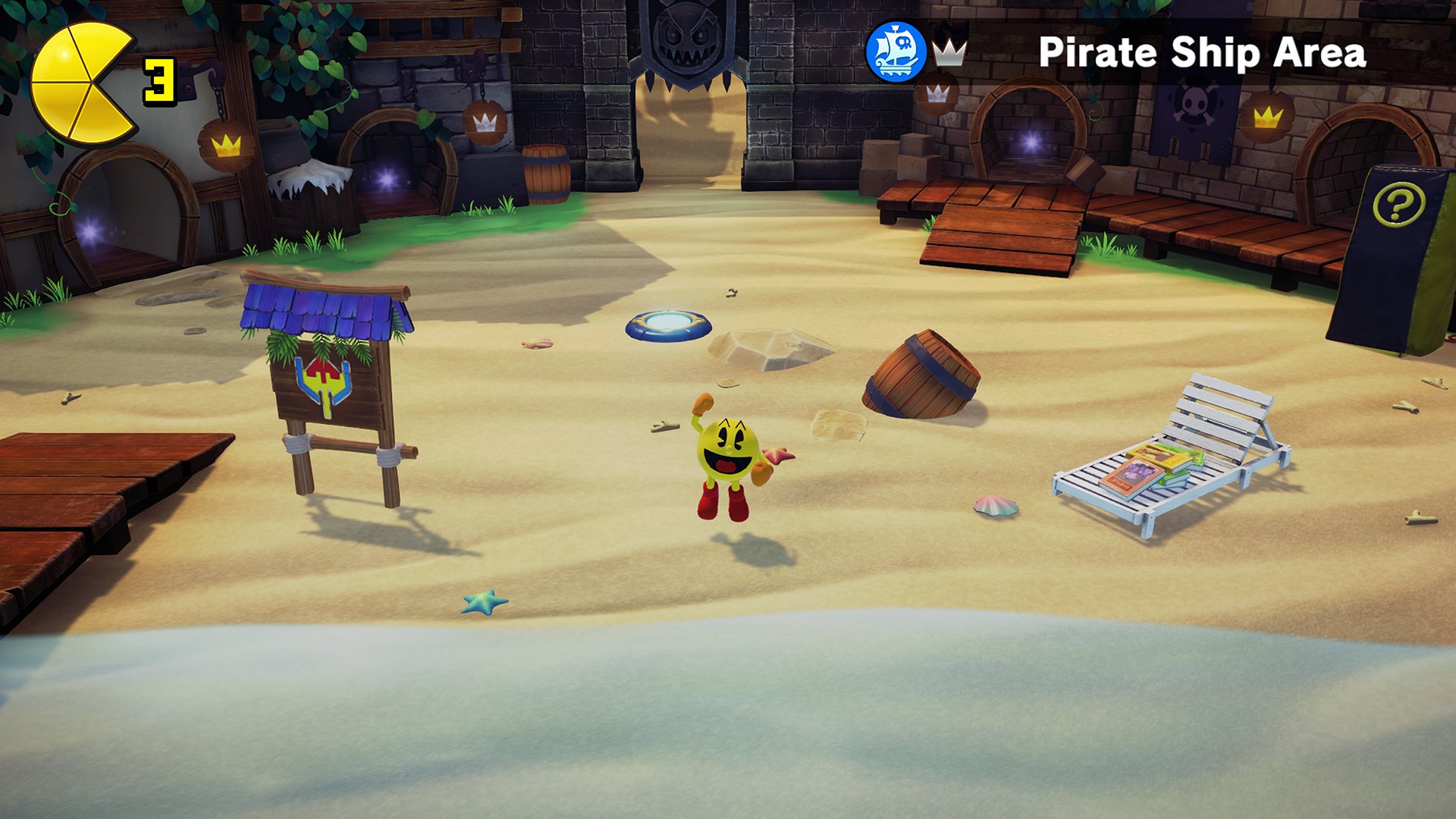 Pac-Man World Re-Pac is now available on consoles and PC. The game is a remaster of the original Pac-Man World that was released on the PlayStation in 1999. This remastered version of the game has “full-screen HD visuals, gameplay refinements, and new features.”

Pac-Man World Re-Pac is a 3D platformer that challenges players to help Pac-Man rescue his friends (like Pac-Mom, Pac-Boy, and Pac-Sis, among others), who have been kidnapped by the evil Toc-Man and his ghost henchmen.

In each level, players can jump on and over platforms, defeat or avoid enemies, and pick up a variety of collectible items. Players will also need to watch out for obstacles during stages, like spikes. Pac-Man has a variety of abilities, such as the ability to perform a “Butt Bounce” that can help him reach high platforms as well as defeat enemies.

In addition to these 3D platforming stages, the game features a Maze Mode that allows players to complete a series of 3D mazes inspired by the original Pac-Man arcade game. In each maze, players must collect all of the dots in the maze while avoiding ghosts.

Finally, once players complete the game, they’ll unlock the game’s “Original Mode,” which is a recreation of the original game.

Pac-Man World Re-Pac is rated E for Everyone by the ESRB. While the game is family-friendly, it doesn’t feature traditional voice acting, so players will need to know how to read to follow along with the text subtitles and tutorials.

Pac-Man World Re-Pac is now available on Switch, PlayStation consoles, Xbox consoles, and PC for $29.99. A special Limited Edition version of the game is also available for Switch, PlayStation consoles, and Xbox consoles that includes the base game, a Pac-Man - Chogokin Chrome Noir figure, and the Chrome Noir Pac-Man Chogokin Skin downloadable content (DLC) for the game. This Limited Edition version of Pac-Man World Re-Pac is priced at $119.99. It’s available to purchase on the Bandai Namco store website.

Check out some gameplay from Pac-Man World Re-Pac on Switch in our video below.