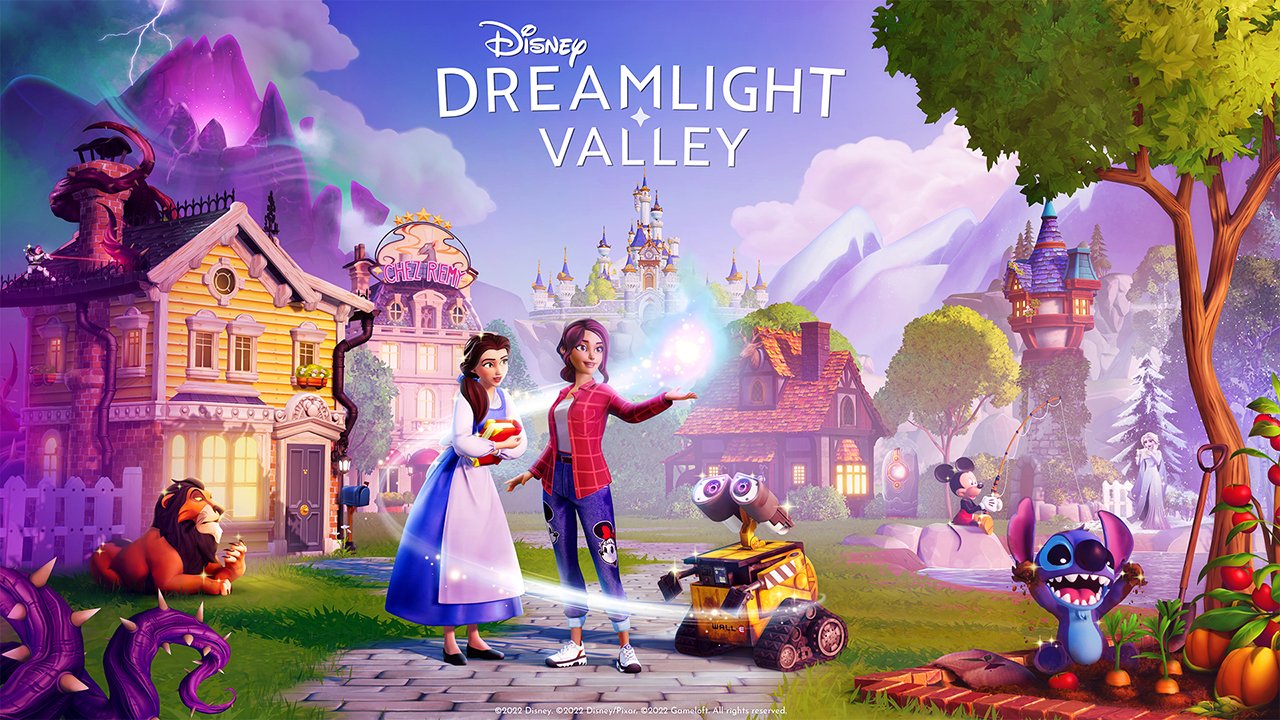 Disney Dreamlight Valley is a life simulation and adventure game that will allow players to help Disney and Pixar characters rebuild a village after an event called “The Forgetting.” You can learn more about the game in our previous coverage.

The Disney Dreamlight Valley Avatar Designer Tool can be downloaded for free on PC from Steam, the Epic Games Store, and the Microsoft Store.

The Avatar Designer Tool allows players to start with one of 12 stock avatars, which they can customize in a variety of ways. Players can change their avatar’s skin color, body shape, eye shape, hairstyle, and much more until they’ve created a character they’re satisfied with.

From there, they can customize their avatar’s outfit by choosing from a wide variety of clothing and accessory options. Players can dress their avatar in the designer’s stock clothing options, and they can also customize clothing using the game’s “Touch of Magic” tool. This tool allows players to customize a piece of clothing or an accessory from scratch by choosing the base item and then choosing from different colors and designs until they’re happy with their creation.

Finally, once players have finished creating their avatar, they can use the designer’s camera feature to take pictures of their avatar alongside Disney characters like Mickey Mouse. Players can save these pictures to their PC, as well as scan a QR code to access them on their mobile device. From there, they can share their pictures wherever they’d like, including on social media.

Disney Dreamlight Valley will launch in Early Access on Switch, PlayStation consoles, Xbox consoles, and PC on September 6, 2022. The game will be released on Mac through the Apple App Store after September 6.

If players create an avatar in the Avatar Designer Tool, they’ll be able to copy down a code within the tool that they can enter in the full game of Disney Dreamlight Valley to transfer their avatar over, rather than being required to create a new avatar from scratch when they begin the game.

While Disney Dreamlight Valley will be a free-to-play game (the full, free-to-play version of the game will launch in 2023), during the game’s Early Access period, only players who have purchased a Founder’s Pack or have an Xbox Game Pass subscription will be able to play the game.

There will be three “Founder’s Pack” Editions available to purchase:

The Standard Edition is priced at $29.99, and includes two “wearable items,” nine “decoration items,” three “design motifs,” and 8,000 Moonstones, the game’s in-game currency. These motifs can be used in the game’s “Touch of Magic” design tool.

The Deluxe Edition is priced at $49.99. It includes all of the cosmetic items from the Standard Edition, as well as a Celestial Sea Turtle Animal Companion, seven “wearable items,” 10 “decoration items,” three “design motifs,” the “Deluxe Jersey and Mickey Mouse Donut Headband,” and 14,500 Moonstones.

Finally, the Ultimate Edition is priced at $69.99. It includes all of the cosmetic items from the Standard and Deluxe Editions, as well as a Regal Fox Animal Companion, four “wearable items,” 15 “decoration items,” three “design motifs,” the “Ultimate Jersey and Mickey Mouse Donut Headband,” and 20,000 Moonstones.

You can learn more about the different Founder’s Packs for Disney Dreamlight Valley on the game’s website.

Keep checking back with SuperParent, as we’ll bring you more information about Disney Dreamlight Valley as we get closer to launch.

Is your family excited to play Disney Dreamlight Valley? Let us know on Twitter at @superparenthq.