Are You Smarter Than a 5th Grader: A SuperParent First Look 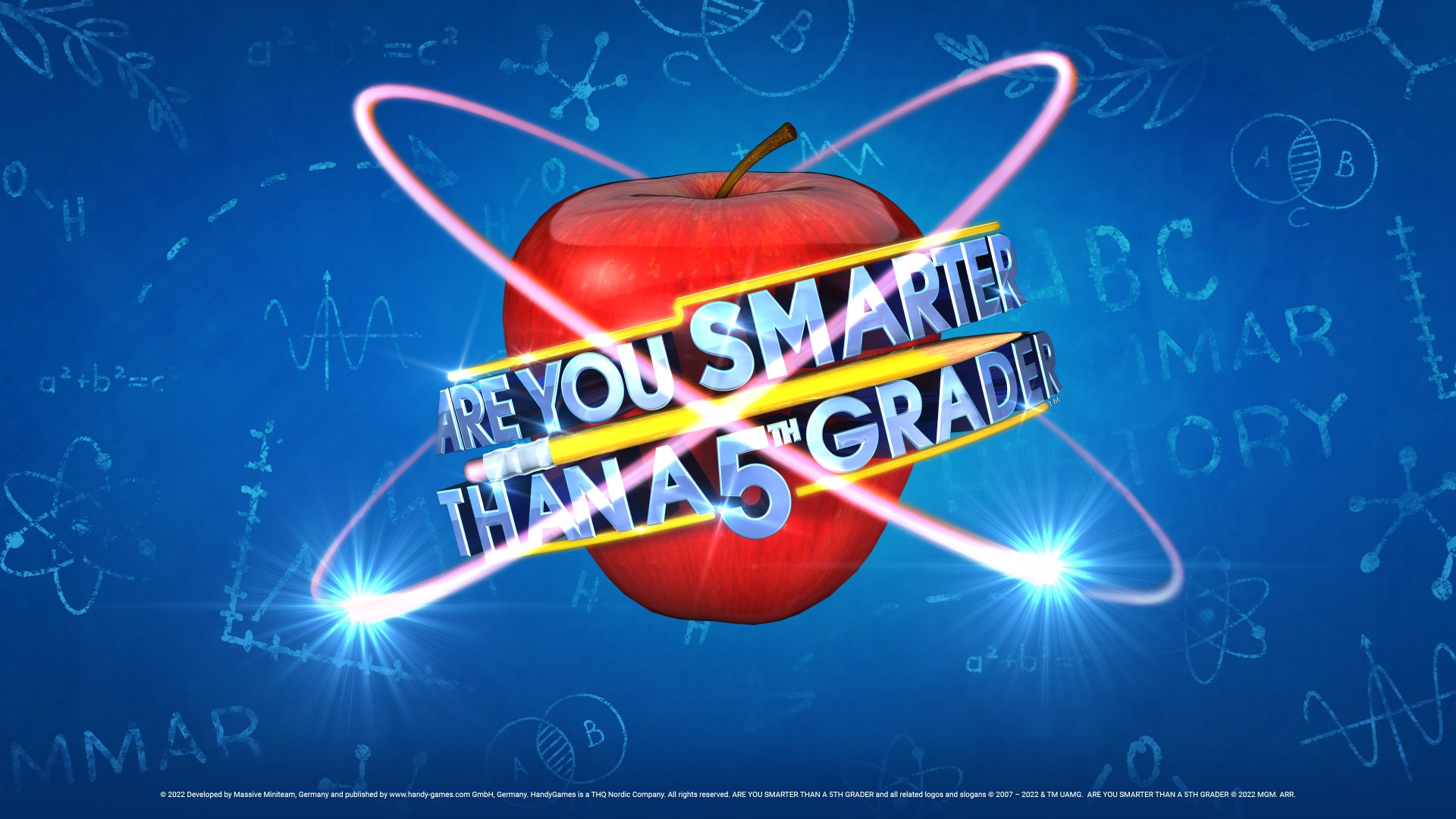 HandyGames and Massive Miniteam released Are You Smarter Than a 5th Grader? on consoles and PC. The trivia game is inspired by the television series of the same name.

Each game of Are You Smarter Than a 5th Grader? will challenge players to answer 11 multiple-choice questions, with two questions each inspired by Grades 1-5 and a single, final question for Grade 6. The game has more than 6,800 questions across multiple categories, such as Vocabulary, Life Sciences, and Math, among many others. These questions will become more difficult as players advance through the Grades in each game.

Players will complete Grades 1-5 alongside computer-controlled students that can help them determine the correct answers to questions. Each student specializes in different subjects.

If players need help selecting the correct answer to a question, they can use one of three “cheats,” which will allow them to copy their student helper’s answer, see how the entire class would answer the question, or swap out the question for a new question entirely. Players can only use each cheat once during a game. Plus, if players swap out a question for a new one, they can’t use an additional cheat to answer the new question they receive.

Finally, once players reach Grade 6, they won’t be joined by a student helper, and they also won’t be able to use any cheats to answer the question. They’ll have to answer the game’s final question on their own.

As players complete games, they’ll earn experience points based on their performance. These experience points will help players level up over time. Each time players level up, they’ll unlock in-game rewards, such as new student helpers, new question categories (like foreign language and physical science questions, as examples), and new customization options for their in-game profile (players can choose from different avatars and customize the look of their desk platform).

Are You Smarter Than a 5th Grader? offers a few accessibility options that players can tweak to suit their preferences. Specifically, players can turn off the game’s “flashing and pulsing light effects.” They can also turn off color-based and audio-based questions that give players information through the use of color or sound, respectively. Finally, players can disable “questions that require cultural knowledge of the USA.”

Check out some gameplay from Are You Smarter Than a 5th Grader? on Switch in our video below.

Disclosure: SuperParent received a code for Are You Smarter Than a 5th Grader? for coverage purposes.