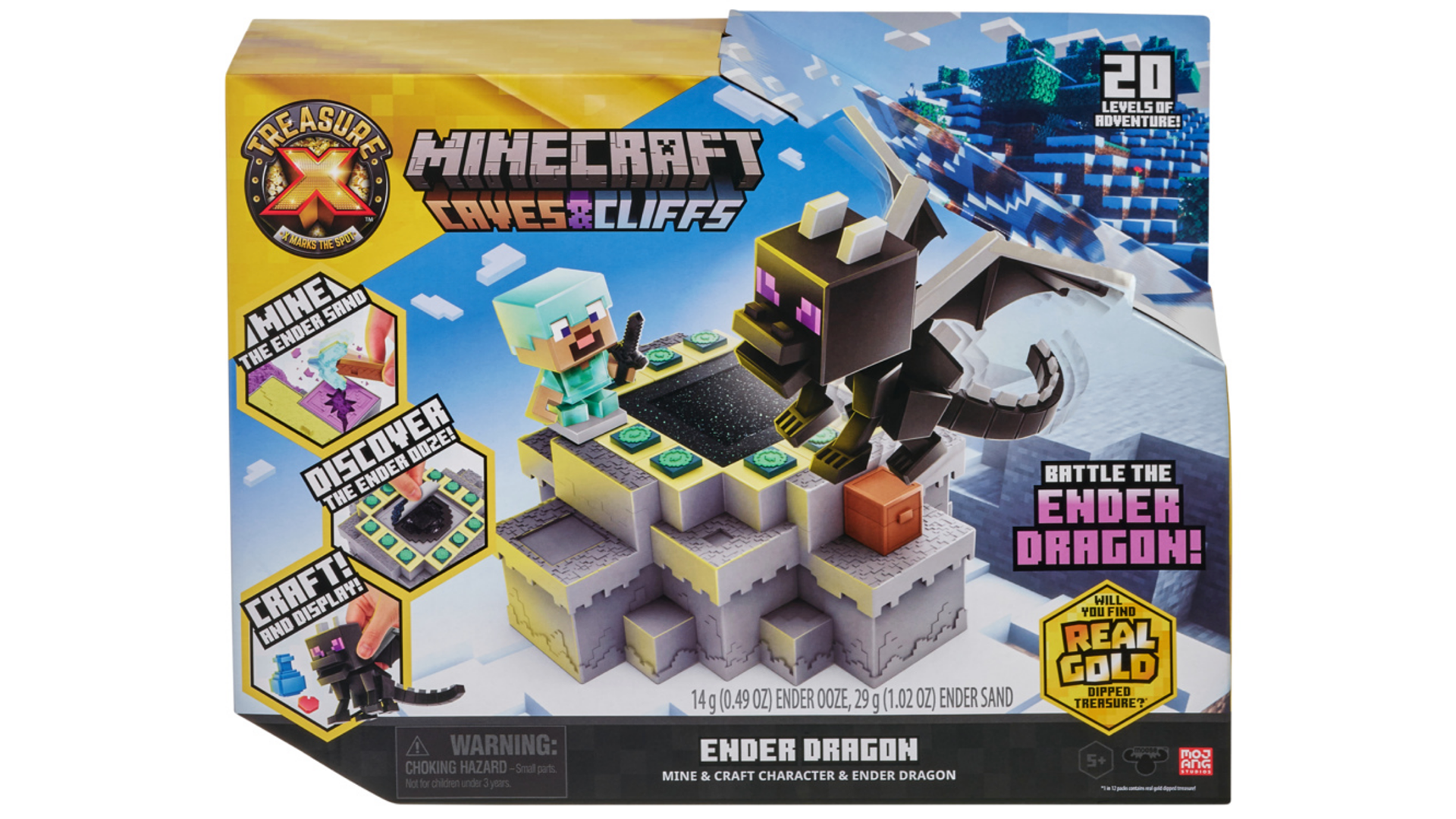 Moose Toys, the company behind toy brands like Real Littles and Shopkins, released a new line of Treasure X Minecraft toys called Caves & Cliffs. These toys have an age rating of 5+.

These toys will allow kids to discover hidden elements inside each box by “digging” their way into containers using Minecraft-inspired tools and sometimes peeling back stickers (depending on the toy). Kids can also use a few drops of water to build the figure(s) that come with each toy.

For example, a single Overworld Mine & Craft Character pack includes one of 12 mystery characters, such as Archer Alex, a Spider, an Iron Golem, or a Tamed Wolf. When kids (or adults) open the package, they’ll find either a white and gray block or a purple block inside that will contain either a “Tundra Snow” play compound or an “Amethyst Ooze” compound. Once kids remove the top of the block, they can use the included Minecraft-inspired tool to break through a thin layer of material to reveal the toys and snow or ooze underneath.

The Caves & Cliffs Cave Adventure Pack is a more complex experience. Each package contains one of three mystery sets of character figures (Explorer Steve and Baby Spider, Wild Wolf and Baby Wolf, or Stray and Bat). As kids uncover the toys in the package, they can use a bit of water to create “power snow” that surrounds some of the toys in the pack.

Finally, the Caves & Cliffs Ender Dragon set is the most complex experience. The toy allows kids to uncover a figure of Diamond Steve, build a figure of the Ender Dragon, and play with two “compounds:” Ender Ooze and Ender Sand.

The Treasure X Minecraft Caves & Cliffs toys are available now at stores such as Amazon and Walmart, among others.

You can learn more about Moose Toys’ Treasure X toys on the Moose Toys website.