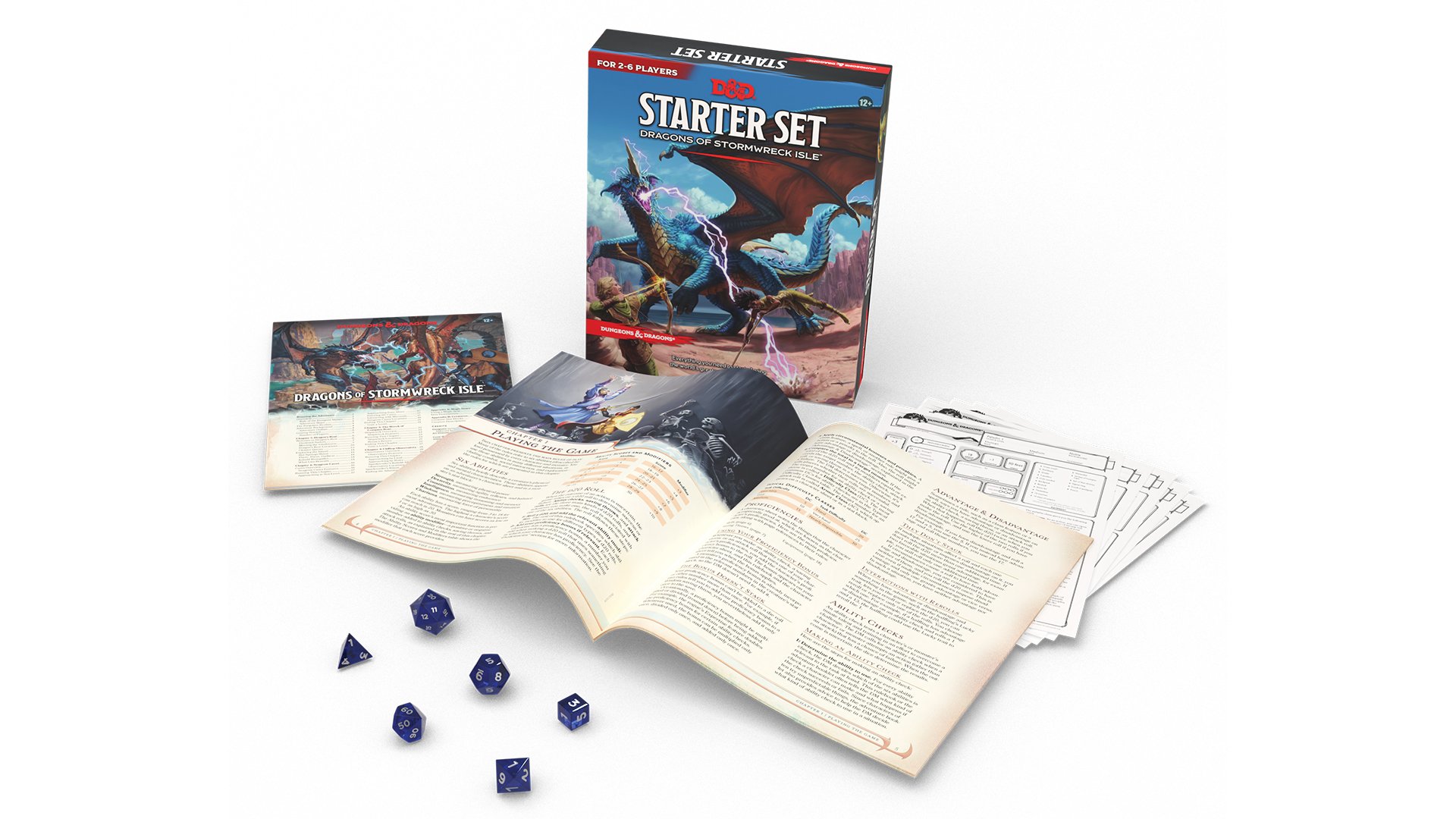 The Starter Set includes a 48-page adventure book that will guide groups through the game’s story, as well as a 32-page rulebook designed for beginner characters (levels 1-3). The set also includes five pre-made characters and six polyhedral dice.

Each of the pre-made characters is featured on a character sheet that has information about the character’s race, class, alignment, and more. Even though the game’s characters have already been made for players, each player can still customize their chosen character by choosing their name and gender, among other features.

Meanwhile, the rulebook contains helpful information for groups who may be trying D&D for the first time. For instance, it describes the role of the Dungeon Master (DM), who will run the adventure for the group. It also features a glossary of regularly-used terms.

In addition to the physical rulebook that comes with the starter set, Wizards of the Coast has created a series of videos that can help players learn more about playing the Dragons of Stormwreck Isle adventure, as well as playing D&D in general. You can watch these videos on the Dungeons & Dragons website.

"From the inception of this product, we really had one major goal of creating an introductory experience that was suitable for folks playing and Dungeon Mastering for the very first time. With the streamlined rulebook, ready-to-play characters, easy-to-prep adventure, along with all the additional learn-to-play resources specific to this set, we’re making onboarding new players easier than ever!"

The Dungeons & Dragons Starter Set: Dragons of Stormwreck Isle is now available exclusively at Target in North America for $19.99. It will be released at retailers worldwide on October 4, 2022.

Does your family enjoy playing Dungeons & Dragons? Let us know on Twitter at @superparenthq.