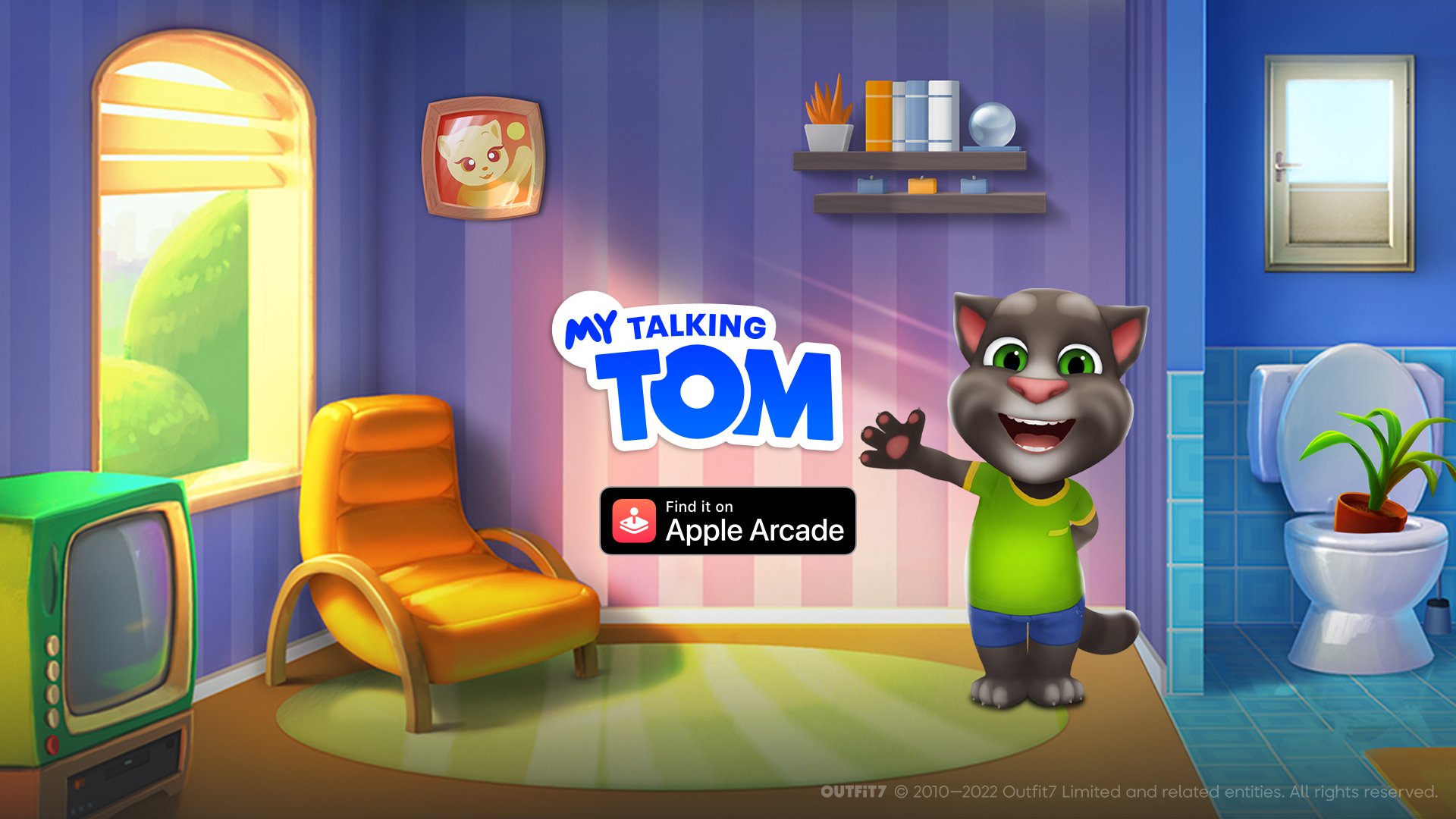 My Talking Tom is now available on Apple Arcade, Apple’s game subscription service that gives subscribers unlimited access to a curated selection of games for a single monthly price.

My Talking Tom+ is a virtual pet game that allows players to interact with a cat named Tom who will repeat the words players say in a funny voice (players can also give the cat a different name, if they’d like). Players can complete a variety of activities with Tom. As a few examples, players can feed, pet, and bathe Tom, redecorate his house, help him take naps, and help him go to the bathroom. Players can also change Tom’s appearance by choosing from different fur colors, eye colors, clothing items, and accessories. Finally, the game allows players to play a variety of mini-games.

As players interact with Tom, they’ll earn experience points that will help them level up over time. As players level up, they’ll unlock new customization options for Tom and his home. Some of these items are given to players for free, while others must be purchased with coins before they can be used. Players can earn coins by playing mini-games and completing other in-game activities. As we mentioned before, Apple Arcade games don’t offer in-game purchases, so the only way players can unlock content in My Talking Tom+ is by playing the game.

My Talking Tom+ is now available to download on Apple Arcade. The game has an age rating of 4+. While My Talking Tom+ is family-friendly, parents should know the game contains some toilet humor, since players can help Tom go to the bathroom.

Check out some gameplay from My Talking Tom+ on iPhone in our video below.