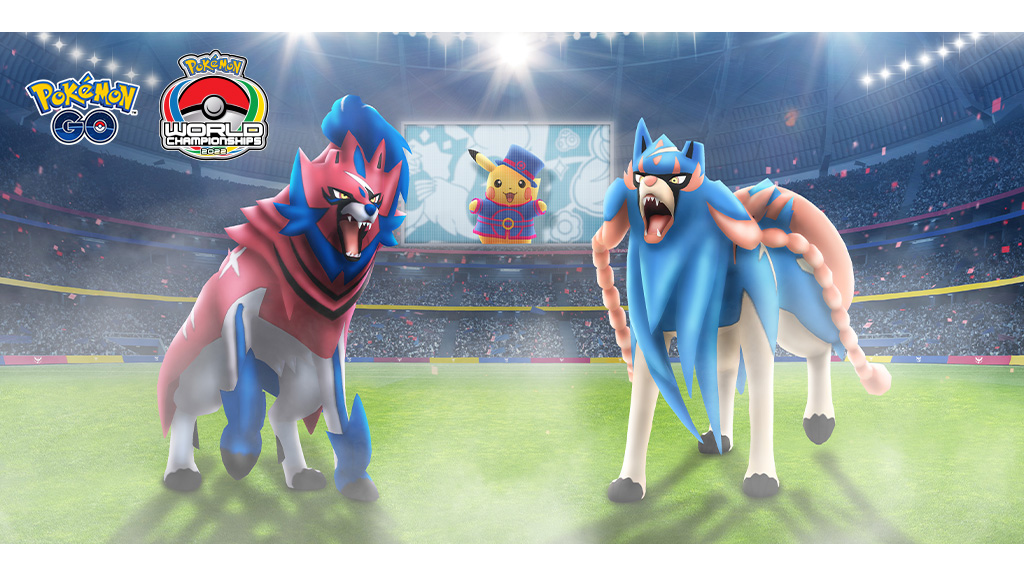 During this event, Nidoran♀, Mankey, Machop, Mudkip, Sableye, Meditite, Swablu, Spheal, Croagunk, and Dewpider will appear more frequently than normal in the wild. Scraggy and Galarian Stunfisk will also have the chance to appear in the wild during this event, but the Pokemon Go website said they’ll be rarer than the other featured Pokemon.

A number of in-game bonuses will be active during this event:

Players will be able to complete Timed Research tasks during this event to earn rewards like an encounter with World Championships 2022 Pikachu, an Elite Fast TM, and an Elite Charged TM.

A variety of Pokemon will appear in Raids during this event. Here’s the breakdown:

Next, players will be able to evolve certain Pokemon during this event to teach them special moves. Here are the moves that will be available:

Elsewhere, four avatar items will be added to the shop once this event begins:

Players will also be able to collect a 2022 Worlds Tee for their in-game avatar by redeeming a code that will be revealed during the 2022 Pokemon World Championships live stream and shared on Pokemon Go’s social channels.

Finally, players who attend the 2022 Pokemon World Championships event in London, England will be able to collect the 2022 Worlds Participant Tee for their in-game avatar by spinning the photo disc at the PokeStop at the Pokemon Go booth at the event.

Are you looking forward to the 2022 Pokemon World Championships event in Pokemon Go? Let us know on Twitter at @superparenthq.