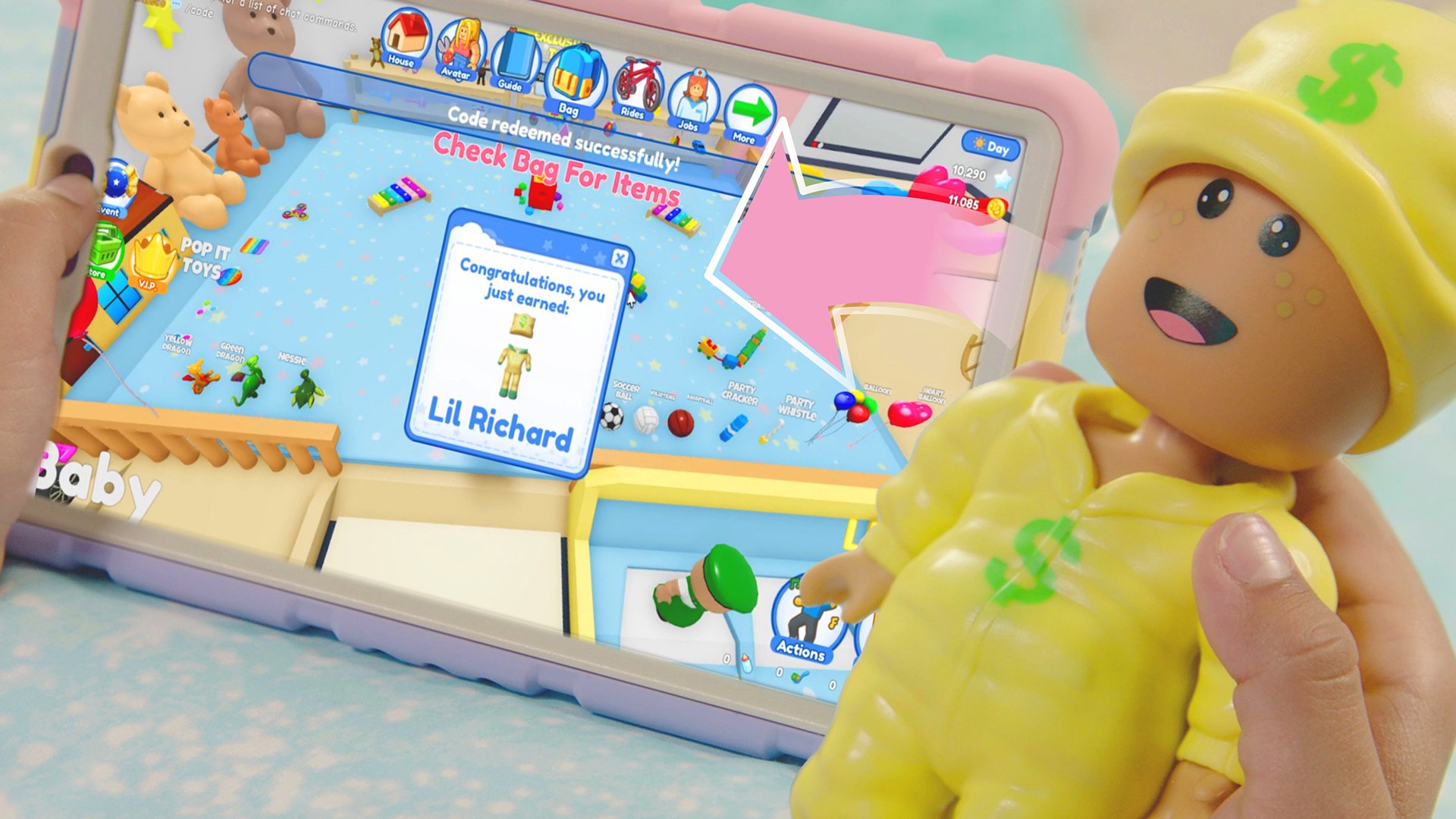 WowWee, the company behind toys like Fashion Fidgets and My Squishy Little Dumplings, has released a series of collectible Twilight Daycare dolls inspired by the Roblox game Twilight Daycare.

WowWee sent SuperParent one of its Twilight Daycare dolls to check out.

Each Twilight Daycare doll comes with plastic clothing items, as well as a small toy. For instance, we received the “Swimmer Baby” doll, which came with a swimsuit and swim cap for the doll, along with a small toy duck. The doll itself is also wearing a diaper that can’t be removed (it’s part of the doll’s body).

Kids can move each doll’s hands, arms, and legs to pose them into different positions.

Finally, each Twilight Daycare doll comes with a trading card that matches the doll and a scratch card containing a code that can be used to collect the matching baby in the Twilight Daycare Roblox game.