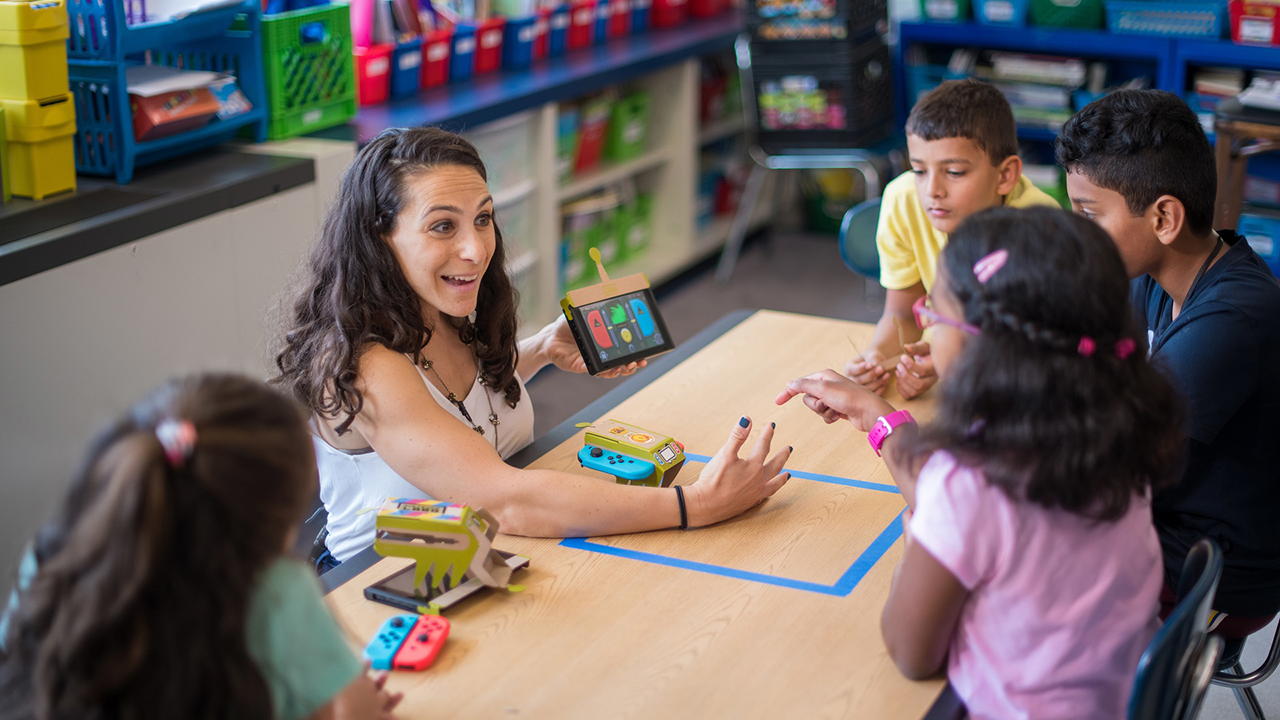 In April, Nintendo launched its first two Nintendo Labo building kits, letting kids create things like a piano and even a robot-inspired backpack out of cardboard, which they could use to play fun games on the Switch. Then in September, Nintendo released the third Labo kit, the Vehicle Kit, which focused on exploring an in-game world using a car, plane, and submarine.

Nintendo partnered with the Institute of Play to bring the world of Nintendo Labo into elementary school classrooms across the U.S. Institute of Play is a design studio that focuses on creating learning experiences for kids that incorporate “playing.”

Through a new program, Nintendo will give a Switch console and a Nintendo Labo: Variety Kit (the one with the piano, motorcycle handlebars, and other building projects) to participating classrooms to help kids learn in the areas of STEAM, critical thinking, communication, and creativity. The program’s goal is to reach “approximately 2,000” students aged 8-11 during the 2018-2019 school year.

Some schools in the greater New York area are already testing out Labo in classrooms as part of a pilot program. Based on the results of this limited introduction, Nintendo and the Institute of Play will create an overall Nintendo Labo Teacher Guide full of sample lesson plans and other information teachers can use to help their students.

This guide will be available for free later this year, but it won’t only be available to educators. Parents (and anyone else who’s interested) will also be able to access the guide, and help their kids learn using the Labo kit(s) they may already have at home.

Once the pilot program is over, Labo will be introduced to “approximately 100” schools in the U.S. If you think your child’s classroom could benefit from this kind of play-based learning, encourage their teachers and other school faculty to apply to be part of the program by visiting this website.