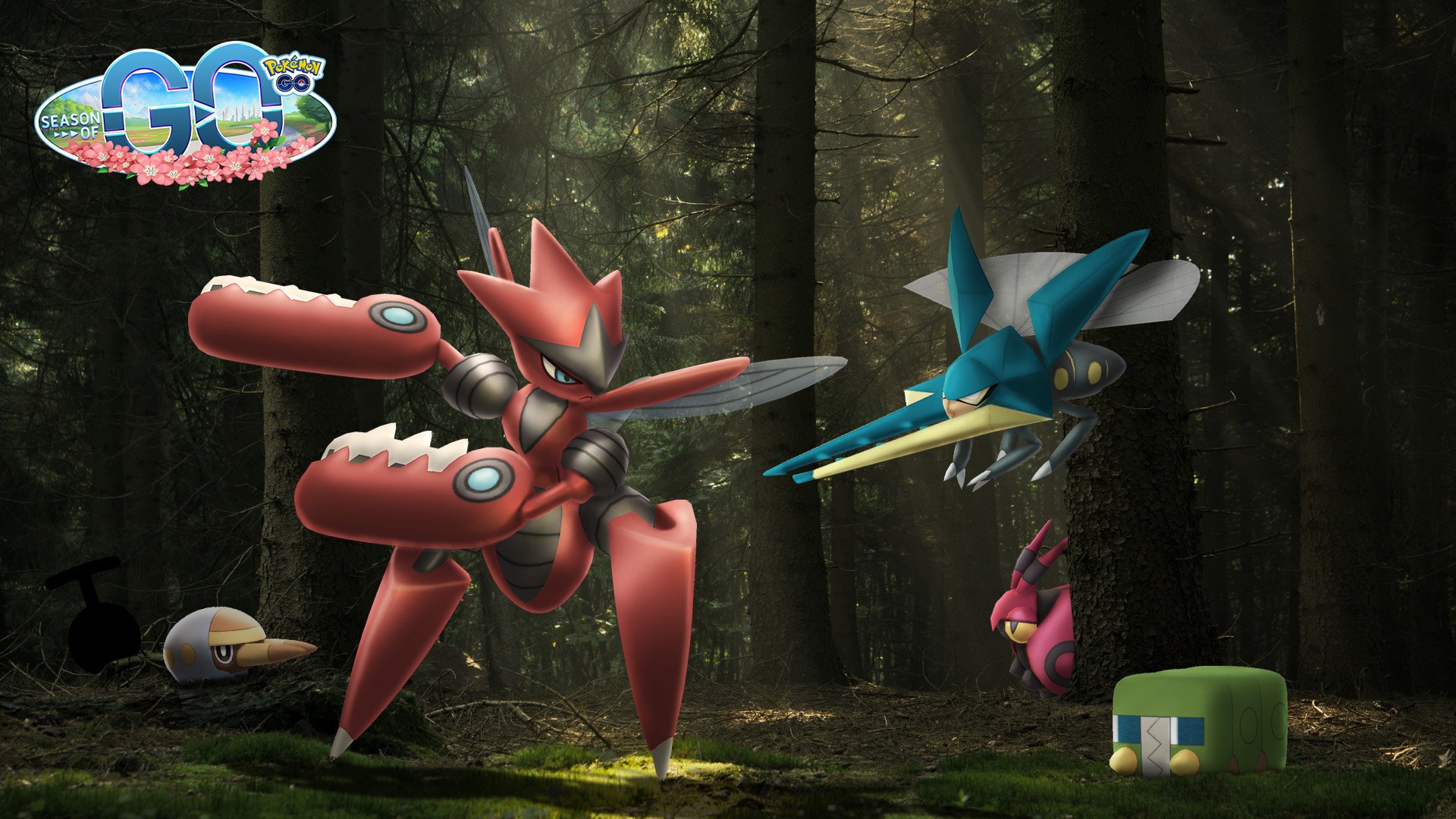 Update (08/08/2022): Niantic, the developer of Pokemon Go, revealed the Ultra Unlock bonuses that will be applied to the Bug Out event:

In addition, Niantic changed the schedule of Pokemon that will appear near Gyms following in-person Raids of three-or-more players during this event. Here's the updated schedule:

The 2022 Bug Out event is coming soon to Pokemon Go!

During the Bug Out event, Caterpie, Weedle, Ledyba, Spinarak, Yanma, Wurmple, Surskit, Kricketot, Venipede, Karrablast, Joltik, Shelmet, Grubbin, and Dewpider will appear more frequently than normal in the wild. Pineco, Skorupi, and Dwebble will also have the chance to appear in the wild during this event, but the Pokemon Go website indicated they’ll be rarer than the other featured Pokemon.

Finally, on the Pokemon Go website, Niantic detailed one more bonus that will be available during this event:

“Work together with other Trainers to unlock additional bonuses! If three or more Trainers join an in-person Raid Battle, even more of a certain wild Bug-type Pokémon will appear for 15 minutes in a 300-meter radius around the Gym that hosted the raid! The Pokémon that will appear in greater numbers change each day.”

Here’s the Pokemon that will be featured each day:

Keep checking back with SuperParent, as we’ll bring you details about these Ultra Unlock bonuses if they’re unlocked!

Are you looking forward to the 2022 Bug Out event in Pokemon Go? Let us know on Twitter at @superparenthq.