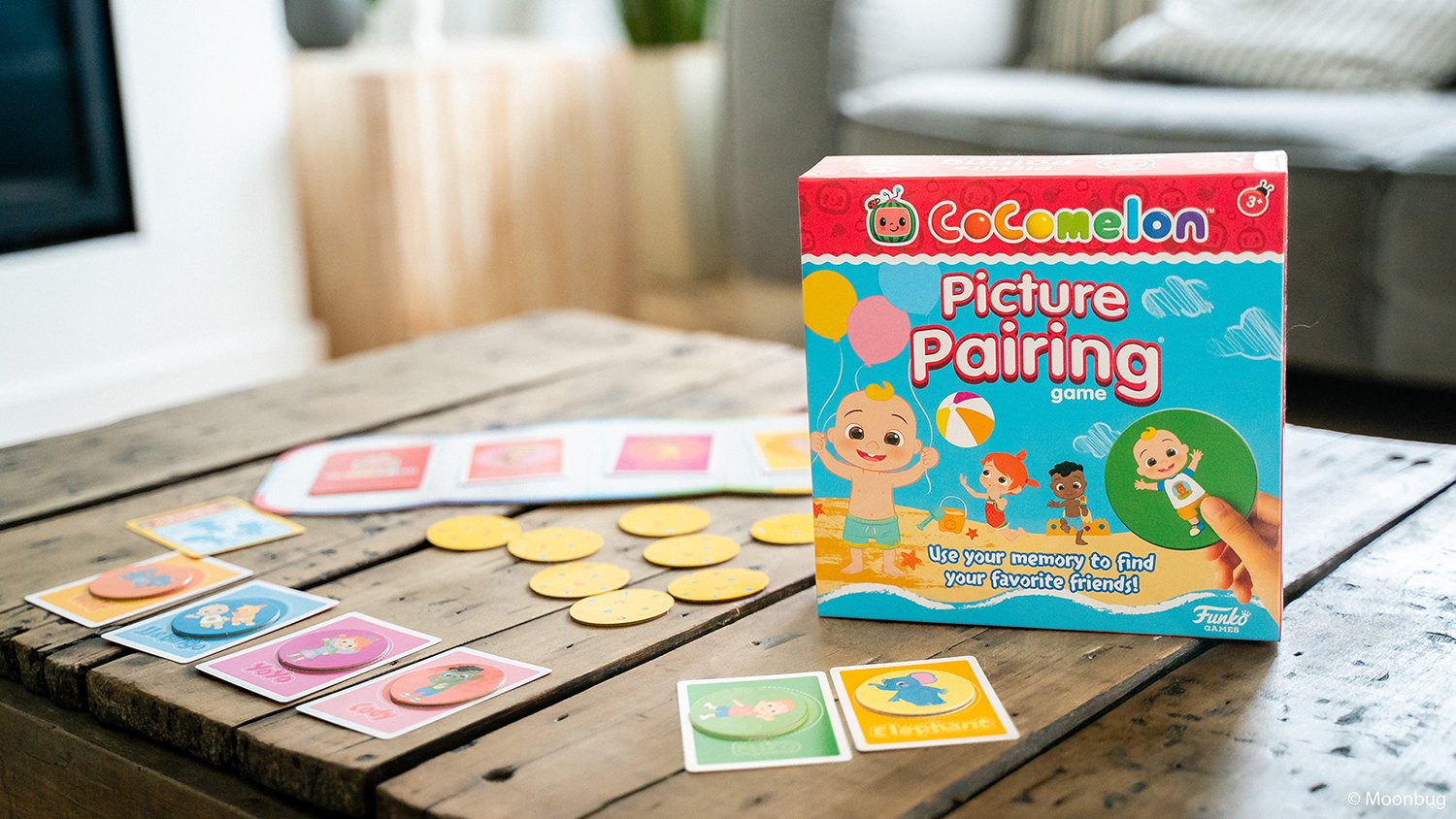 Funko Games, the company behind games like Disney Princess Pattern Party and Something Wild, released CoComelon Picture Pairing, a tabletop game for kids inspired by the popular CoComelon children’s series.

We had the chance to try CoComelon Picture Pairing.

What’s CoComelon Picture Pairing? How do you play this game?

CoComelon Picture Pairing is a memory game for 2-4 players with a recommended age of 3+. In the game, JJ and his friends are playing “Hide and Seek,” and players will need to find them.

In each game of CoComelon Picture Pairing, players will lay a set of circular tiles face down on the play area. Each tile has the picture of a character or object from the CoComelon series.

If the circular tiles don’t contain a match, they’re flipped back over and players are encouraged to remember which image was on each tile so they can easily find those images again later on.

“Scramble Cards” add a touch of challenge to the game. When these are drawn from the deck, the remaining circular tiles are shuffled around on the play area, so players will no longer know where any of the images are.

Finally, there are more circular tiles than there are cards in the deck, which means some images don’t have a match. This adds a bit of extra challenge to the experience.

When all of the cards have been collected, the game ends and the player who collected the most matches wins.

CoComelon Picture Pairing is an incredibly simple game that’s easy to understand and play. The game can help littles practice their image recognition, and the addition of the Scramble Cards keeps the game feeling fresh since players must rediscover where the different images are located on the play area after a Scramble Card is drawn

We also appreciate that the game doesn’t take very long to play. It has an expected play time of 10 minutes.

CoComelon Picture Pairing is a cute take on the standard memory matching game. If you have young fans of CoComelon in your family, we recommend picking this one up.